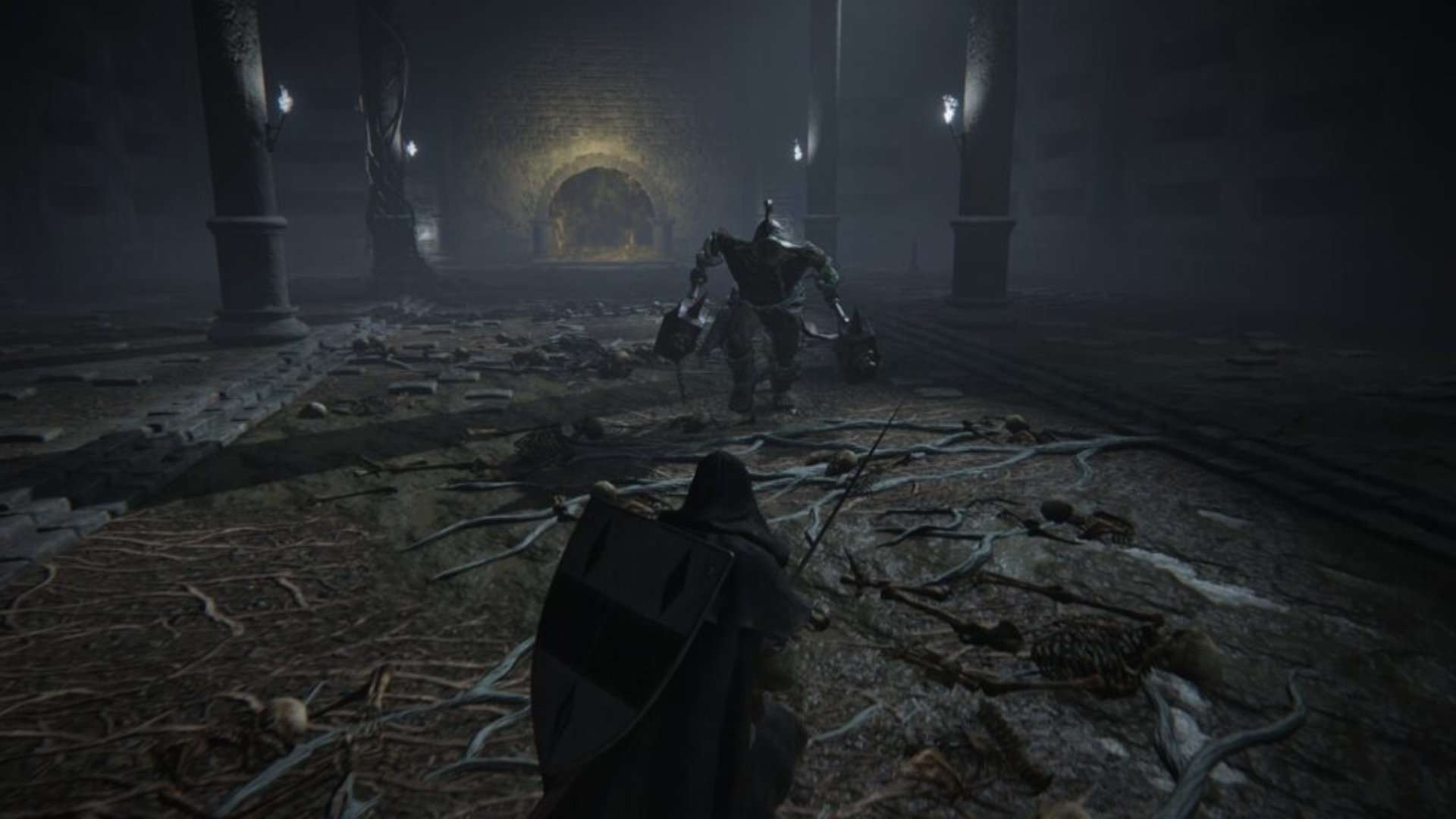 One of the most captivating aspects of Elden Ring is just how many bosses reside in the many caves, dungeons, and other open-world areas of the Lands Between. There are more than 70 unique bosses in the game, with some certainly being a little trickier to defeat than others. The Grave Warden Duelist is one boss that appears twice in Elden Ring but simply needs a set strategy to take down.

The Grave Warden Duelist is located at the Murkwater Catacombs in Limgrave and the Auriza Side Tomb outside of Leyndell, Royal Capital. The boss has the same attacks and weapons available to them in each location, so players don’t need to worry about adjusting their strategy for one fight or the other.

Here’s the simplest way to defeat the Grave Warden Duelist in Elden Ring.

The Grave Warden Duelist has 2,376 HP, two giant hammers, and a few distinct attacks. The boss doesn’t possess any magical attacks but does an AoE move that can deal devastating damage to players if they’re caught in it.

For melee characters, the easiest way to go about this fight is to summon a Spirit Ash. While the Mimic Tear was recently nerfed, it still serves as arguably the best Spirit Ash for the Grave Warden Duelist. If the Mimic Tear hasn’t been unlocked, then any aggressive summons will work for this fight.

The biggest attacks to look out for when fighting the Grave Warden Duelist are their AoE attack and their swinging hammer attack. Both attacks can be dodged if players back as far away as possible. But the swinging hammer attack does go on for a few seconds, so players need to make sure the boss is truly done before they go in for another hit.

For players who don’t want to use a Spirit Ash, blocking and parrying the Grave Warden Duelist is the best strategy. The boss can be guard-countered with the right timing but simply blocking attacks will take up a large chunk of the player’s stamina. It’s important to block an attack and then dodge away instead of continually having a shield up. This way, players have more stamina reserve to guard-counter when it becomes available.

With this strategy, players have to look out for the Grave Warden Duelist’s AoE attack more often. Since players will be in close proximity to the boss most of the time, they’re more at risk for getting hit by this attack. The boss will give players an indication as to when they’re gearing up to use the AoE attack, which allows players to quickly dodge away.

Players need to be around five to seven meters away to avoid the AoE damage. This distance should be made up in two dodges, provided players aren’t at Heavy Equip Load.

Turning the attention to magic characters, players using spells or Incantations will likely have an easier time with the Grave Warden Duelist. The boss tends to walk a little slower in their first phase, giving players plenty of time to cast spells and whittle their health away.

At certain times during the fight, the Grave Warden Duelist will speed their movement up. In this case, players simply need to keep dodging away until they’re at a safe distance to cast a couple of spells. It takes 22 Glintstone Pebble casts to take down the Grave Warden Duelist, provided players have at least 16 Intelligence, according to the Fextralife Wiki.

As long as players keep their distance and don’t get too close to the boss, this number of attacks shouldn’t be too troublesome to cast. If players are struggling with their ability to stay away from the boss, they can summon a Spirit Ash to take the focus off of them.

The Grave Warden Duelist isn’t a particularly challenging boss once players have seen their attack patterns. Try to look for the signs of certain attacks, dodge frequently, and this boss will be defeated in no time.