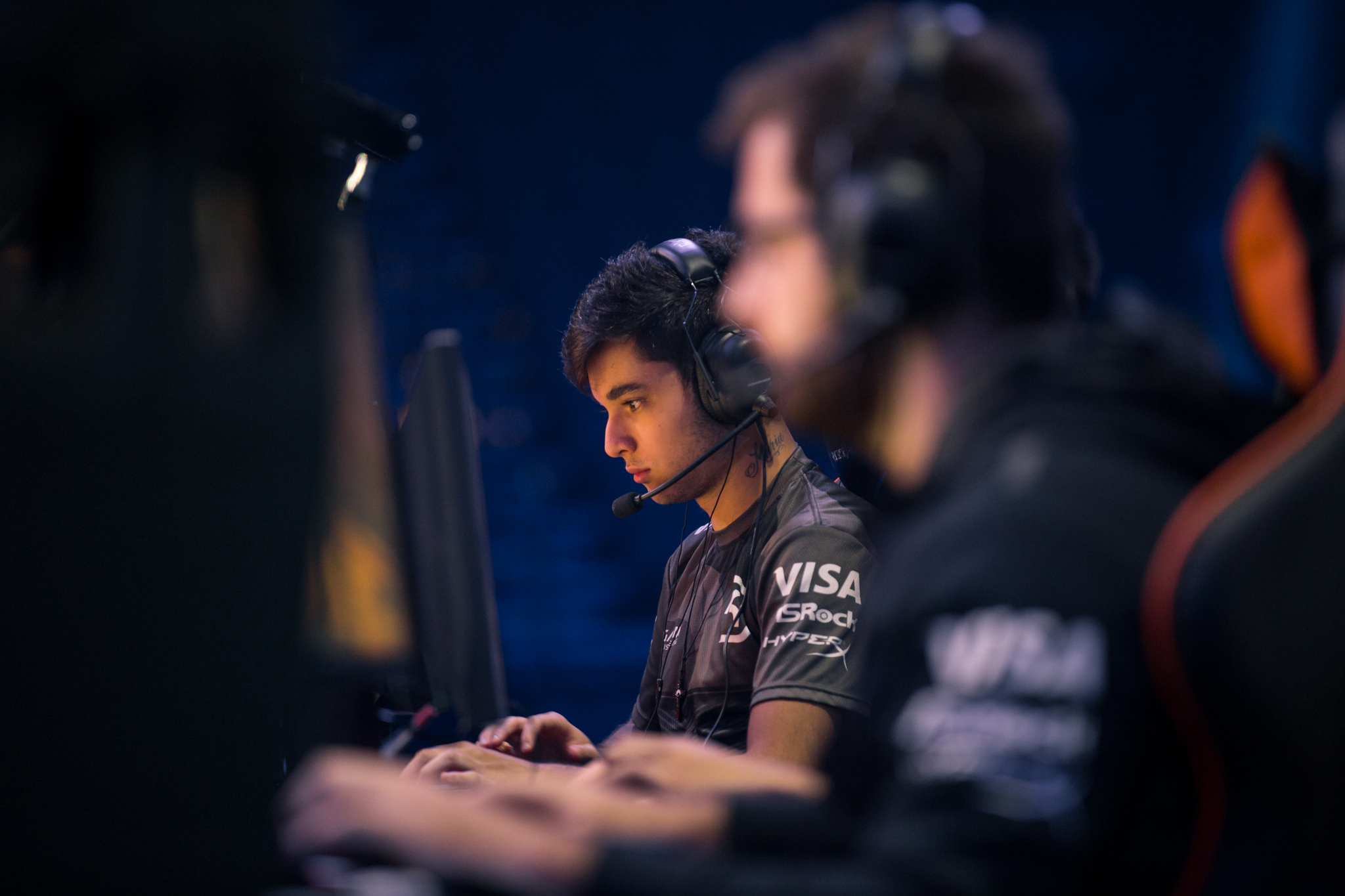 Throughout 2015, the various iterations of the shifting, FalleN-led Brazilian lineups were, at best, just an upset threat, dangerous in best-of-ones but mostly docile in the playoffs. However, in late 2015 and early 2016, a combination of factors —Valve’s timer extensions, the pickup of Lincoln “fnx” Lau and Epitácio “TACO” de Melo , the injuries to Olof “olofmeister” Kajbjer Gustafsson and Ladislav “GuardiaN” Kovács, the rise of Marcelo “coldzera” David, and the removal of Inferno— suddenly catapulted this specific group of five to the apex of competitive Counter-Strike.

The reigns of Counter-Strike: Global Offensive have always been held by a Swedish team with only the occasional interruptions by various French lineups, yet it was this Luminosity/SK squad who had the greatest accumulation of achievements in 2016 by an ample margin. In 13 premier-level tournament appearances, they placed top-four 12 times, appeared in nine tournament finals, won four tournaments outright, and, perhaps most impressively, toppled the world at both of the year’s Valve majors. From April to August, they were the undisputed best team in the world, and even after they came back from their LAN absence in October slightly weakened, they were the clear second best team in the world, breaking into the semifinals or finals in tournament after tournament.

However, just days after the soon-to-be best team in the world, Astralis, defeated SK in the ELEAGUE Season 2 semifinals and snapped SK’s 17 game win-streak on Train, the long-rumored deed was suddenly done. Fnx was removed from the team, abruptly ending the team’s superb run as a five-man lineup. Accordingly, SK has played with three different five-man rosters over the past 100 days. After Fnx left the team, the Portuguese AWPer Ricardo “fox” Pacheco stood-in for the Brazilian side at the ECS Season 2 Finals and the ELEAGUE Major. Afterwards, they switched over to João “felps” Vasconcellos, their more permanent replacement, for DreamHack Masters Las Vegas and IEM Katowice.

While the choice to add the often-underwhelming Fox was highly criticized, SK was still able to find two more top-four finishes with Fox, however, with Felps SK’s year long-running consistency has seemingly teetered off. With their newest lineup, SK did manage to make it to the finals of DreamHack Masters Las Vegas, thanks in part to an easier playoff schedule, but at IEM Katowice, SK actually failed to even make it into the playoffs by finding three losses in the group stage. The last time SK failed to place top-four or better at a LAN was their disastrous post-Columbus showing at DreamHack Masters Malmö 324 days previously.

Now, as Katowice’s group stages concluded, the tournament’s format was widely criticized by pro players and the public. While that outrage was surely overblown due to upsets and a particular tweet by Wiktor “TaZ” Wojtas, the choice to play out an entire six-team round robin group stage in a single day and not include best-of-three deciders was certainly less than ideal. SK’s schedule was also fairly harrowing, with their group consisting of Virtus.pro, North, Na’Vi, Heroic, and Cloud9. Both HLTV and Thorin ranked Virtus.pro as the second best team in the world, North as a top-five contender, Na’Vi as the sixth best team in the world, and Heroic as a top-10 team. While SK found wins over Heroic and North, losses earlier in the day to Cloud9, Na’Vi, and Virtus.pro ended their tournament life. Still, the result is hardly encouraging. With the former star rifler of Immortals in the lineup instead of the mediocre Fox, SK suddenly found their worst showing in nearly a year.

So how has the addition of Felps shifted the dynamics of the team for better or worse, and what can we expect from SK in the coming months?

When heavy rumors started to swirl about Felps’ addition to the team, how well he would adapt to Gabriel “FalleN” Toledo’s “system” was frequently pondered. The leading performances of Colderza and FalleN were widely credited factors to the breakout success of Luminosity/SK, but the team’s coordination and team-play was perhaps its single greatest strength. SK always had an exceptional eye for playmaking in the mid-round, taking high-reward risks in obvious coordination with the rest of the team. Coldzera was often the focal point of this system as their most frequent play-maker, often taking the right duel or pulling off a key flank mid-round, but FalleN and Fernando “fer” Alvarenga were also given a lot of space for individual antics, whether that be an aggressive early round peak by FalleN or an well-timed push by Fer. The concern with Felps was that his very aggressive style of rifle play heavily overlapped with Fer. The question seemed to be whether or not FalleN could reconfigure his system to accommodate both of these players. However, if you look at the performances of both Fer and Felps statistically over their first two tournaments together, the pair actually stands out as the leading performers of the team, alongside Coldzera.

Accordingly, you would assume that SK would actually be a far better team than they were previously with Fox and perhaps even to perform in line with their Fnx-era heyday. With their Portuguese stand-in, SK’s roles hardly seemed in balance. Fox, being a primary AWPer, moved FalleN out of position, which was widely seen as a leading factor in FalleN’s very lackluster performance at the major. The removal of Fox returned FalleN to his more familiar AWP role, where he was sometimes called the best AWPer in the world at various points in 2016. Regardless, even with FalleN taking up the AWP more and his old spots, his individual proficiency has not returned. At both DreamHack Master Las Vegas and IEM Katowice, FalleN had the least amount of kills on his team overall. In Vegas, FalleN had the second lowest ADR on his team, averaging 67 damage per round across the entire tournament, and had the lowest ADR on his team in IEM Katowice, this time averaging just 57 damage per round across five maps.

While FalleN’s uncharacteristically poor numbers could simply be due to a heavy dip in individual form, Felps’ addition very much seemed to shift SK’s style of play, which could have helped depress FalleN’s overall effectiveness. Looking at SK’s T-sides across the last two tournaments, it appears that the addition of another aggressive rifler has radically shifted how SK play out executes and post-plant scenarios. Instead of relying on Colderza or FalleN to find picks early with AWPs, this iteration of the team has allowed Felps and Fer to make initial contact with the opposing side far more often. This shift is not insignificant. At ESL One Cologne 2016, across 238 rounds, FalleN found the first kill of the round 33 times, but only found the opening kill 19 times at DreamHack Masters Las Vegas across a similar 248 rounds. In comparison, Fer won a round’s opening duel 33 times at ESL One Cologne 2016, but had 45 opening kills in Vegas just a few weeks ago.

Also, when SK get entries into sites and play out the remainder of the round, they generally seem to favor Felps and Fer pushing further into the site towards CTs who have either retreated back or are rotating in from the other site. The rest of the team usually tries to support those pushes, positioning aggressively in turn, instead of more passively holding a site loaded with FalleN and/or Coldzera’s AWPs, or alternatively holding out for a well-timed flank as they had more frequently done in the past. For example, in round 14 of Cobblestone game versus Virtus.pro in the Vegas finals, Fer and Felps collapsed on the lone A player, Janusz “Snax” Pogorzelski, in A Halls as the team’s two entry fraggers. Fer fell to Snax’s MAG-7, but Felps got the trade and rapidly moved into the site. However, instead of slowly moving to hold or clear the rest of the site in the resulting 4v4, Felps smoked off connector, then immediately ran through his own smoke to take down an additional rotating player. Felps went down before he could find a third kill, but his teammates were easily able to clean up the remaining rotators in the confusion shortly thereafter.

Similarly, in round nine of Train in the same finals match, after SK found an opening into B, both Felps and Fer very quickly pushed deep into the site, killing off the last retreating defender just before the A rotators could make it back into the site. Felps then pushed a Z smoke, while Fer re-positioned just in front of it. Taco and FalleN also tried to move into forward positions, but this time around, Felps found no one positioned on the other side of the smoke in connector, as SK was slowly picked off in M4 versus Tec-9 battles elsewhere. Still, both rounds illustrate the dynamic shift. Instead of relying on AWP picks or more positional mid-round play, SK’s new rifle duo has taken the leading role in SK’s faster, more aggressive, T-side offensive.

Changing their style of play to suit their personnel to some degree has to be prudent, but giving certain players more room to make plays won’t always result in a neat 1:1 transfer of output. If a team puts more emphasis on its weaker players, you would expect their results to diminish overall. Fer and Felps certainly are very talented players, but SK Gaming was the best team in the world with a style that put greater emphasis on Coldzera and FalleN. In an interview with Red Bull Esports, Coldzera said that the new team feels “good” but acknowledges that “it’s really hard when you have two players playing just aggressive all the time” and even states that “it is not [their] style.”

While it’s obviously too early to tell whether or not this team can perform at their past very consistent, elite level in the long run, this most recent group stage elimination is troubling. Astralis and Virtus.pro firmly control the very top of the scene at the moment, with new challengers in FaZe, North, and possibly G2 gearing up to join them. This could be the most competitive era of Counter-Strike yet. It would be a shame if one of the most accomplished teams in the history of the game slowly started to slip away.