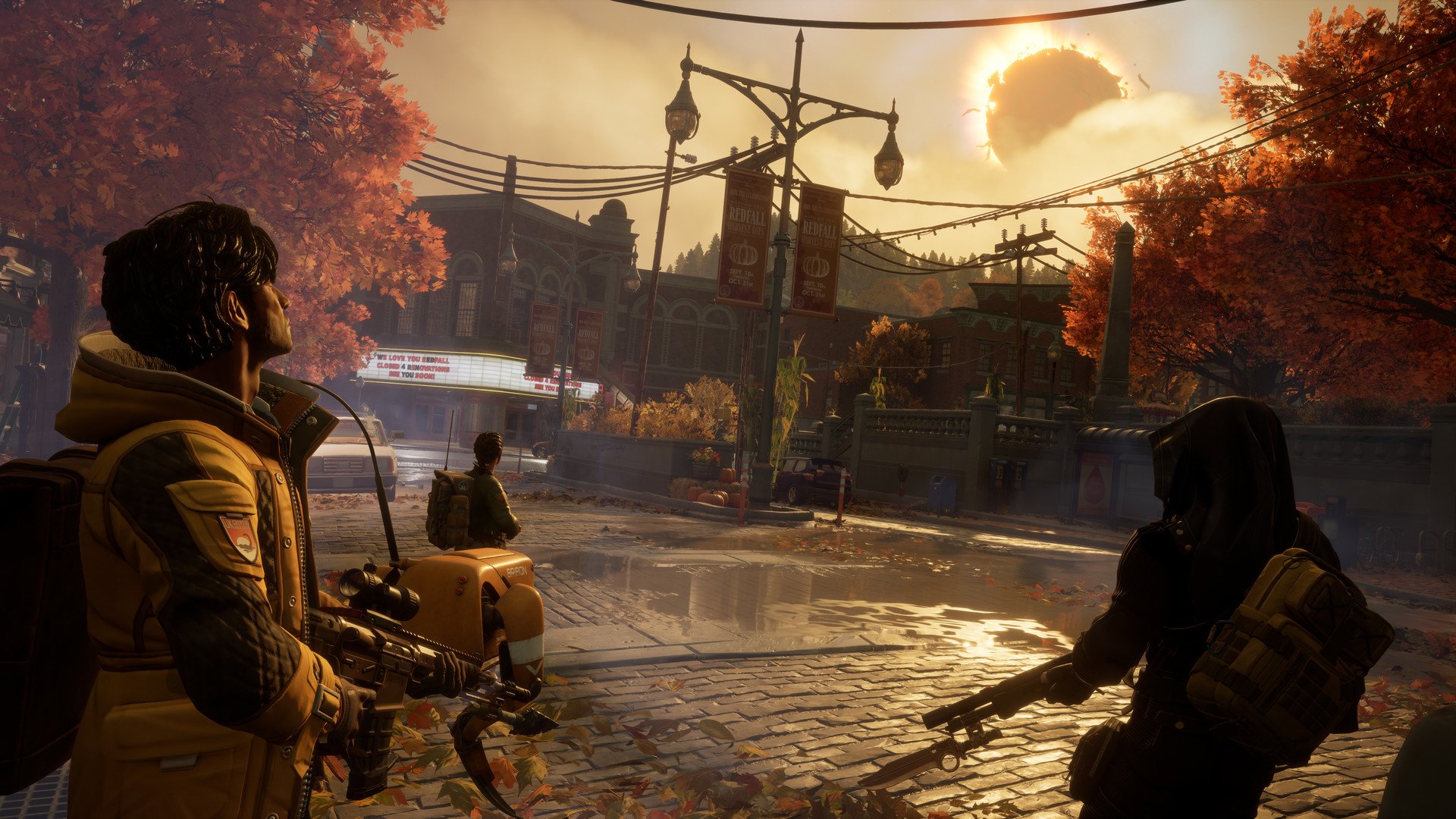 In Arkane Austin’s upcoming open-world co-op first-person shooter, Redfall, vampires have invaded the island town of Redfall, Massachusetts, blocking out the sun and cutting off its inhabitants from the outside world. As players take on the task of eliminating the creatures from the town, they’ll be able to play individually or with friends in co-op.

The game may look similar to Left 4 Dead, but it wasn’t designed exclusively to be played by four players. The multiplayer encourages players to focus on the host because they’ll benefit the most from playing with friends.

Its open-world also encourages players to play outside of missions, which won’t advance their mission progression, but all players benefit from the experience and other things gathered as they play co-op. Multiplayer mode for missions has strict rules about who benefits and what is gained from a multiplayer session.

How does the Redfall multiplayer work?

Game designer Harvey Smith met with IGN to explain how co-op and multiplayer work in Redfall. Smith said multiplayer isn’t a special mode; instead, other players become part of the host’s play session. Redfall is more of a single-player game that allows multiplayer.

Smith explained that the game was designed so anyone could play it alone, but when other players join, they take the roles the first player did not pick. There are no bots in the game, so anyone playing alone won’t get any help. Inviting friends is the only way to have more characters in your games.

Whoever initiates the session is deemed the host. Smith said the host is the one leading the party, and their progression matters but not the progression of the other players. It increases the replayability of the game, but you will have to redo everything.

The host will maintain all of the mission progress as soon as the other players leave the game session. Players will not be able to keep track of their mission progress, and their games will still act as if they never completed the missions they only did in multiplayer mode.

What can you keep if you co-op Redfall with friends?

Players will keep their hero progress, gear, and experience points earned while helping their friends, but only the game host will have access to mission progression. As a result, if you previously played a level with a friend, you will still have to repeat that level in your own game.

Smith said there was a lot of discussion about whether to let players keep their progression, but ultimately the player should redo missions on their own. Consequently, if you want to play Redfall with friends and all have completed the missions, you must play the game four times.

Players aren’t allowed to keep their progress because the developers feared players would get confused by the story if they were allowed to skip levels they had already played with friends. To keep the flow of the missions untouched, you will never be asked if you want to skip a level, no matter how many times you play it with your friends.