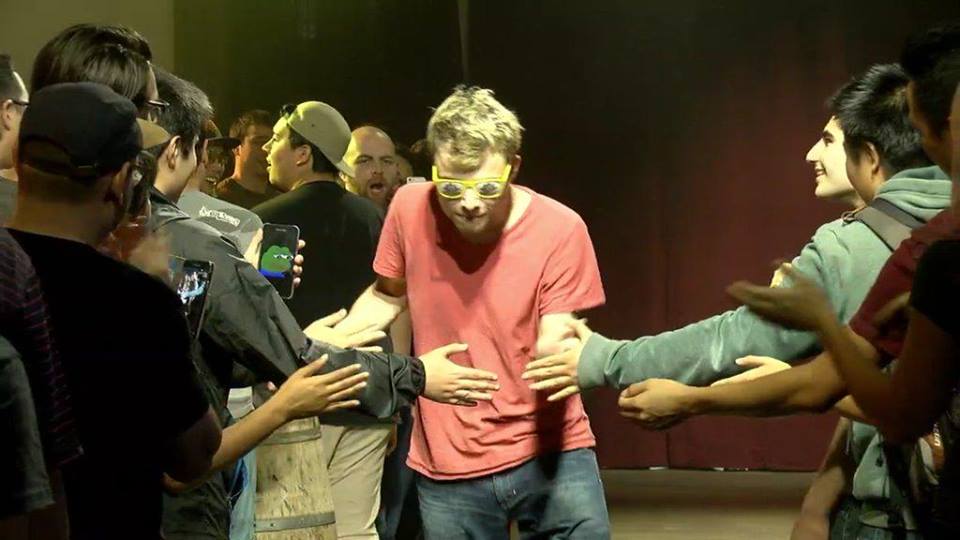 The last of the four regions decided its representatives yesterday, and we now know the full 16-player lineup for the second Hearthstone World Championship.

Murphy-Root went on to defeat Mullins in the final to claim the title of Americas regional champion and take the $10,000 first prize. Fan favorite streamer Jeffrey “Trump” Shih failed to qualify for the World Championships, losing both his matches over the weekend.

Having coached James “Firebat” Kostesich to the world title last year, Murphy-Root now has a chance to emerge from his shadow. Long regarded as one of the strongest players in North America, his roles as player-coach for Archon and now Gamers Origin have limited his competitive experience. That means that the Americas Championship is his first major tournament victory.

The four Americas representatives will meet four players from each of the three other regions. Natus Vincere’s Sebastian “Ostkaka” Engwell, Eugene “Neirea” Shumilin of Liquid and the Gamers2 pair of Adrian “Lifecoach” Koy and Thijs “ThijsNL” Molendijk will represent Europe, while “LoveCX” of YOLO Miracle, Yu “NoTomorrow” Jian and the Team Celestial pair of Guo “Zihao” Zihao and Hong “Zoro” Yijie will represent China. From the Asia-Pacific region, Korea’s Hakjun “Kranich” Baek, He “Pinpingho” Guoping of Taiwan, Lan “Neilyo” Tran of Vietnam and “Kno” of Japan will be making the trip.

All 16 players will convene in Anaheim, Calif. in less than three weeks for the opening weekend of group play, before the finals are played out at Blizzcon a week later. The winner will walk away with $100,000, and the title of best Hearthstone player in the world.

Check out our two-part interview with Trump from the Archon Team League Championship.