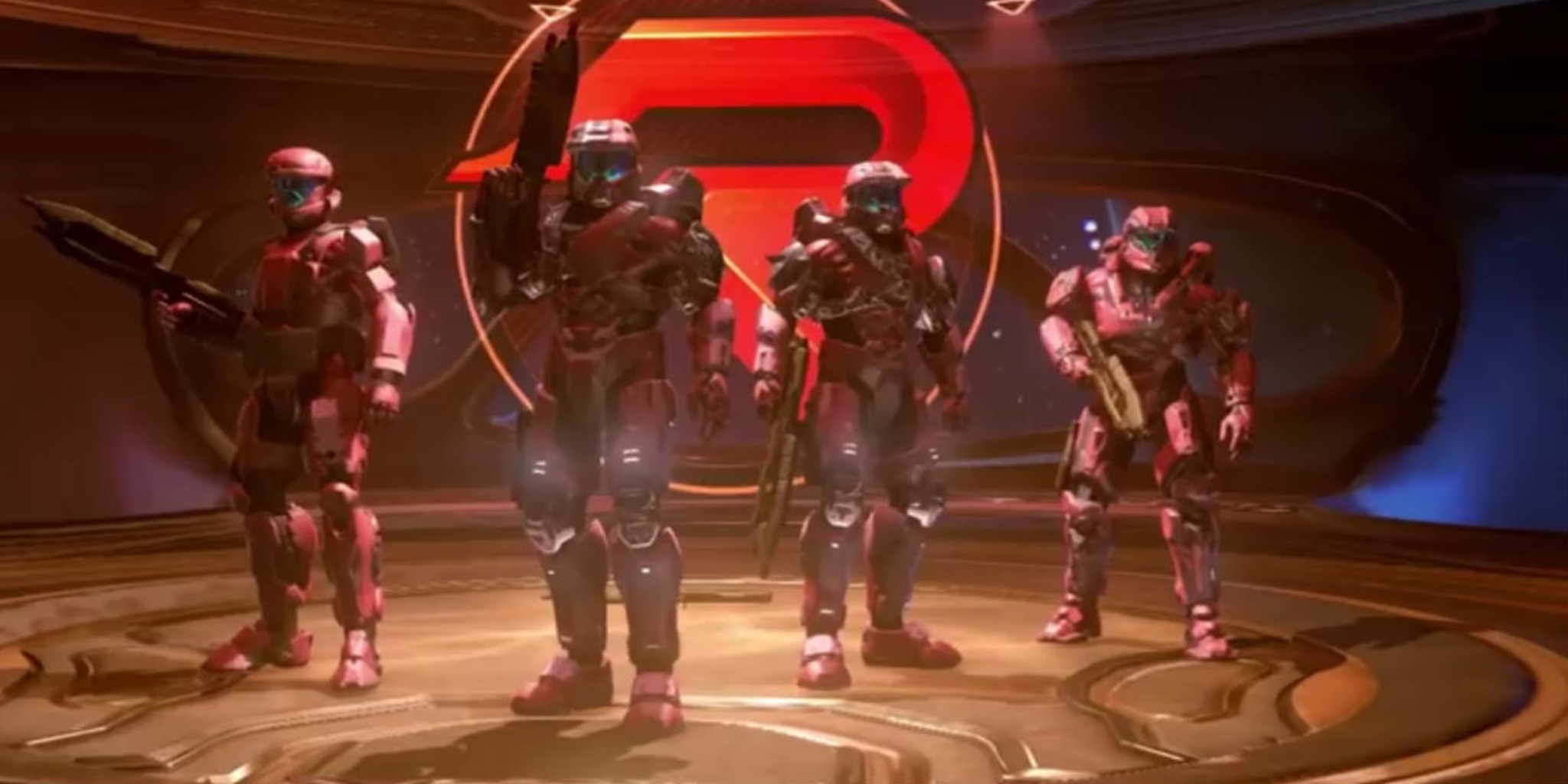 Halo 5: Guardians multiplayer is a newer version of an old thing. The degree to which that statement is confusing probably has everything to do with how long you’ve been gaming.

The Halo 5: Guardians multiplayer beta runs at 60 frames per second. Everyone has unlimited sprint, can slide into cover, and has a thrust boost ability. All of these things combined to make Halo 5 multiplayer faster than all previous Halo multiplayer modes, and hence in tune with contemporary multiplayer shooters.

In every other respect, it feels like Halo 5 is going back to the historical roots of Halo multiplayer in games like Quake III Arena or Unreal Tournament. True verticality of movement in the beta is limited to gravity wells and dropping off ledges. Victory in the beta depends in large part on controlling weapon spawns on the map, because there are no custom loadouts. Preview coverage made it clear this would be the case. It’s another thing to personally get your hands on the game to confirm it.

60 frames per second makes all the difference

Halo 5: Guardians is the first Halo game natively designed for next-gen consoles, in this case the Xbox One, and it shows. We can only hope this beta is representative of the final release, because the beta gameplay is incredibly smooth and looks fantastic.

There are two levels in the beta. “Truth” takes place inside a Covenant warship, and the curved-walls, purple-heavy color palate, and hologram-filled level design has never looked more alien. “Empire” is set within a human city, with one side of the map open to an urban skyline dominated with skyscrapers. Aircraft zoom and flit past. Developer 343 Industries chose the two beta maps well, for juxtaposing two of the main art styles of the Halo universe.

If you’ve ever doubted what difference 60 frames per second makes, Halo 5 may be the game that serves as an explanation for you. Movement and aiming feel faster and more responsive than previous Halo multiplayer modes. Headshots have never felt more important in duels as players race to find that high-damage sweet spot. Halo 5 feels like a game designed for kids with aspirations of becoming Major League Gaming competitors someday. It is so quick that it made me wonder if I’m just too old for Halo.

The assault rifle zoom in Halo has historically been akin to binoculars. In Halo 5 you can scope in and fire with the assault rifle. This core change to Halo multiplayer is ostensibly due to the removal of custom loadouts. The inability to zoom and fire with the default weapon might have felt too alien to newcomers coming in to Halo 5 from other shooters. Battle Rifles and Designated Marksman Rifles (DMRs), the other basic Halo weapons that have a zoom mode, are not starting weapon choices in the multiplayer beta.

Default loadouts in the final version will probably differ, however, depending on the game type and chosen map. The beginning loadout is indicated at the start of the match in the beta. This information wouldn’t need to be displayed unless it was a variable.

All players in Halo 5 multiplayer have a thrust ability that can be used to dodge to the side, dash forward on the ground or in the air, or even for a ground pound attack (i.e. crashing down into the ground from above an enemy). Extreme mobility in previous Halo games has been tied to special abilities, so giving everyone a thrust move by default is also something new.

Losing customizable loadouts, something that was introduced to some degree in Halo: Reach and entirely in Halo 4, is a step backward. A default thrust boost for everyone, on the other hand, is a nod to the sprinting and sliding of modern convention.

There’s a constant stream of chatter from the other Spartans on your team, such that it feels like you’re all cooperating even if you’re not on the same voice chat. Spartans thank one another for assists. They call out when they toss grenades, or when enemy grenades are incoming. Situational awareness is definitely aided by this chatter.

An announcer gives a warning 10 seconds before power weapons spawn. You’ll also be told what type of power weapon is spawning, and you’ll hear when either your team or your opponents grab said weapon. If you get a message that the other team has grabbed the sniper rifle, now you have warning not to give your enemy long looks at you from a distance. These power weapon announcements also provide a sort of default team play once everyone learns where the spawn locations are.

Taken together, the Spartan chatter and spawn announcements encourage team play, which comes in handy if you’re not willing to brave Xbox Live.

Halo 5 is competitive at the cost of being restrictive

For fans of Quake III Arena or Unreal Tournament who’ve been missing their old-school arena shooter fix, Halo 5 is going to be an amazing return to form. For others, the specific type of competition created by fewer options for movement and giving everyone the same bag of tricks might just feel restrictive, and no more competitive than other types of FPS multiplayer games.

The loss of customizable loadouts puts everyone on the same starting page, for example. It also means that no one needs to exercise the tactical flexibility of changing their loadouts on the fly, while reacting to other players’ loadouts. This is the basic conflict that split FPS multiplayer gamers into opposing camps when Call of Duty first started to get really popular with Call of Duty 4: Modern Warfare. Some people equate more basic with “more competitive.” Other people equate more basic with “being easier,” because it’s less tactically demanding.

I very often tried to use the thrust ability in the Halo 5 beta as a default double jump. I very often got killed on account of missing that jump onto a higher platform, and sliding down the wall with my back turned to enemy players behind me. This felt like an obvious conflict between new-school instincts and old-school FPS multiplayer design. Double-jumping is just how it is in modern FPS games, whether we’re talking about Destiny, or Call of Duty: Advanced Warfare, or Titanfall.

The biggest thing I take away from each match in the Halo 5: Guardians multiplayer beta is a greater appreciation for the innovation that is Titanfall. It had been a long time since anyone introduced something fresh into FPS multiplayer gaming before the release of Titanfall. Other FPS games like Brink had tried parkour movement before. Titanfall mastered it. Mech gameplay replaced vehicle gameplay. The evacuation mechanic, with the losing team scrambling to catch a dropship at the end of a match, is entirely fresh. The temporary perks you lose when you die, or Burn cards, were a revelation.

In fact, I would argue that the modern-day, quintessential conflict between old-school and new-school FPS multiplayer gaming will be perfectly ensconced in comparisons between Halo 5: Guardians and Titanfall. If you miss what once was, or are more interested in pure competition, Halo 5 will probably be your jam. If you’re tired of the old way of doing things, Titanfall will get your love.

And for younger gamers who may have little or no awareness of this historical conflict between multiplayer FPS styles or who have no preference, Halo 5 may represent a perfect, complementary alternative to modern shooters. Halo 5: Guardians feels very different to what else is out there. That’s just a statement of fact, and not a criticism.

Image via Ready Up Live/YouTube