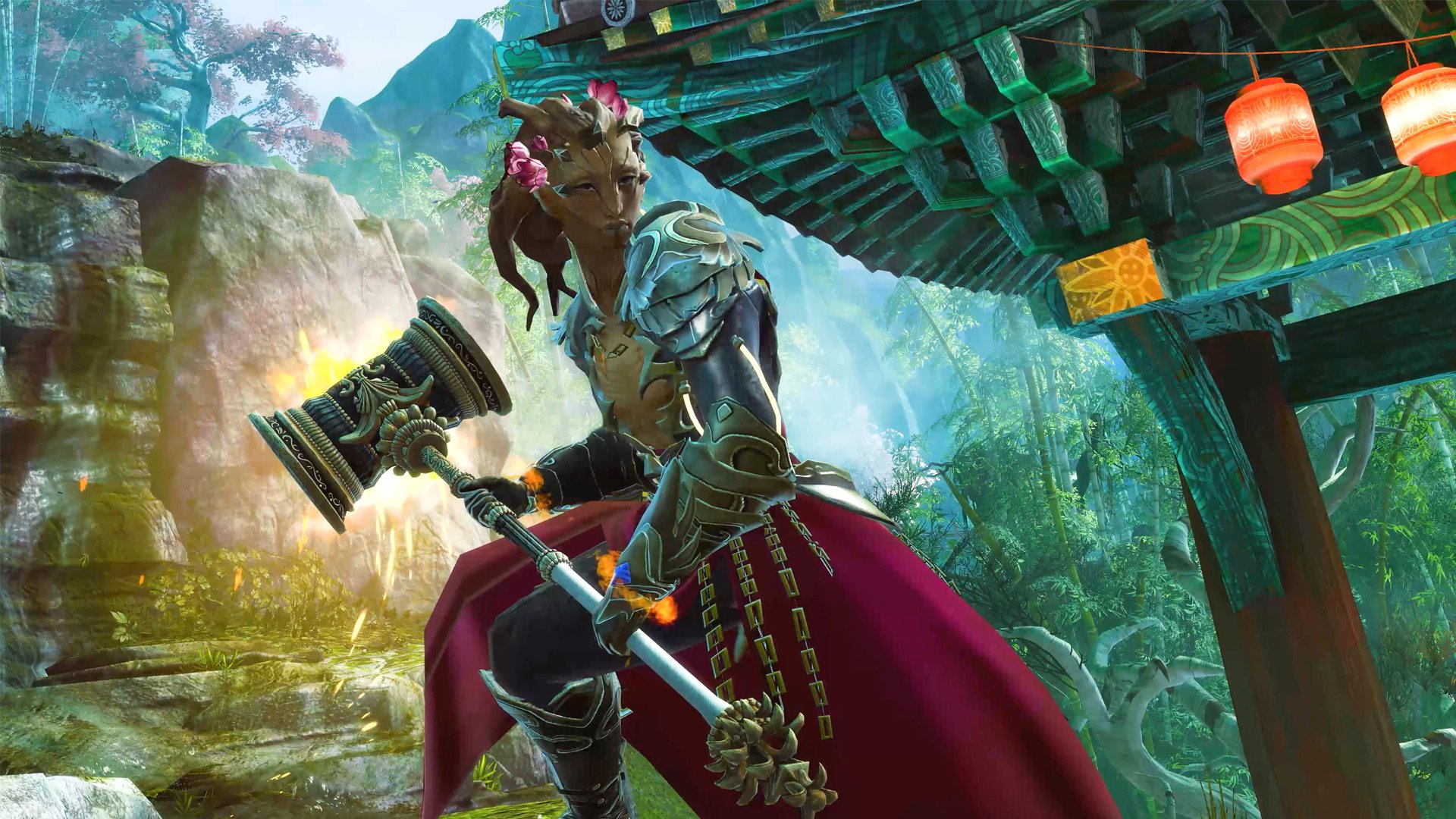 Three new elite specializations have been revealed for Guild Wars 2. And now, the developers are set to introduce a new beta for players to get their hands on them.

The beta starts on Sept. 21 at 11am CT and will run until Sept. 25. The beta is for all players, including free-to-play accounts. When players log in during the beta, they’ll have the ability to create three new characters to try out the three new elite specs.

The three new specs are Warrior – Bladesworn, Revenant – Vindicator, and Elementalist – Catalyst. All three are given new weapons to play with and will be able to make use of new skills and traits.

The warrior gets an entirely new weapon called the gunsaber. The weapon will be exclusive to warriors and it’s a gunblade that unleashes powerful attacks with bullets along with the melee attacks from the longsword. Adrenaline is traded in for flow, which builds up over time during combat. Players will have to balance the ammo of the gun part of their weapon with their utility and skills. Dragon Trigger is their new elite skill, which allows players to load their gunsaber with magically imbued cartridges’ that power up their attacks.

Revenant gets a greatsword with the Vindicator elite spec. Players will have to manage their endurance and energy to make the best use of their skills and utilities. “This specialization focuses on being in the face of multiple foes and creating dangerous situations that are difficult for them to avoid,” its description reads. This indicates that Vindicator will have melee AoE skills that also dole out debuffs that don’t allow players to escape.

Also included for the Vindicator is the Luxon and Kurzick Legendary Alliance. Luxon’s abilities allow the player to be selfish and aggressive in their playstyle, while the Kurzick alliance is more supportive and defensive. Each of the two alliances flip after use, meaning that the player has little control over which one is used aside from the timing.

While elementalists are getting a new weapon in the hammer, they’re also getting new apparatuses called spheres. They’re used as conduits to channel their immense power. They are jade tech spheres, which call upon the imagery from Tyria to concentrate a powerful burst of energy.

The Catalyst is a damage dealer that can build up elemental energy through combat. The energy that’s collected can then be expended to deploy and maintain the jade sphere, which creates concentrated wells that help allies and deal damage to enemies. The hammer will allow them to deal damage at mid-range and close-range.

The final three elite specializations will be revealed leading up to the third End of Dragons beta, which will take place from Oct. 26 to 30. There will also be one final beta with all nine elite specs taking place in November.

There’s a Guild Chat tomorrow via Guild Wars 2’s Twitch channel that will go into more detail about all of these new elite specializations.