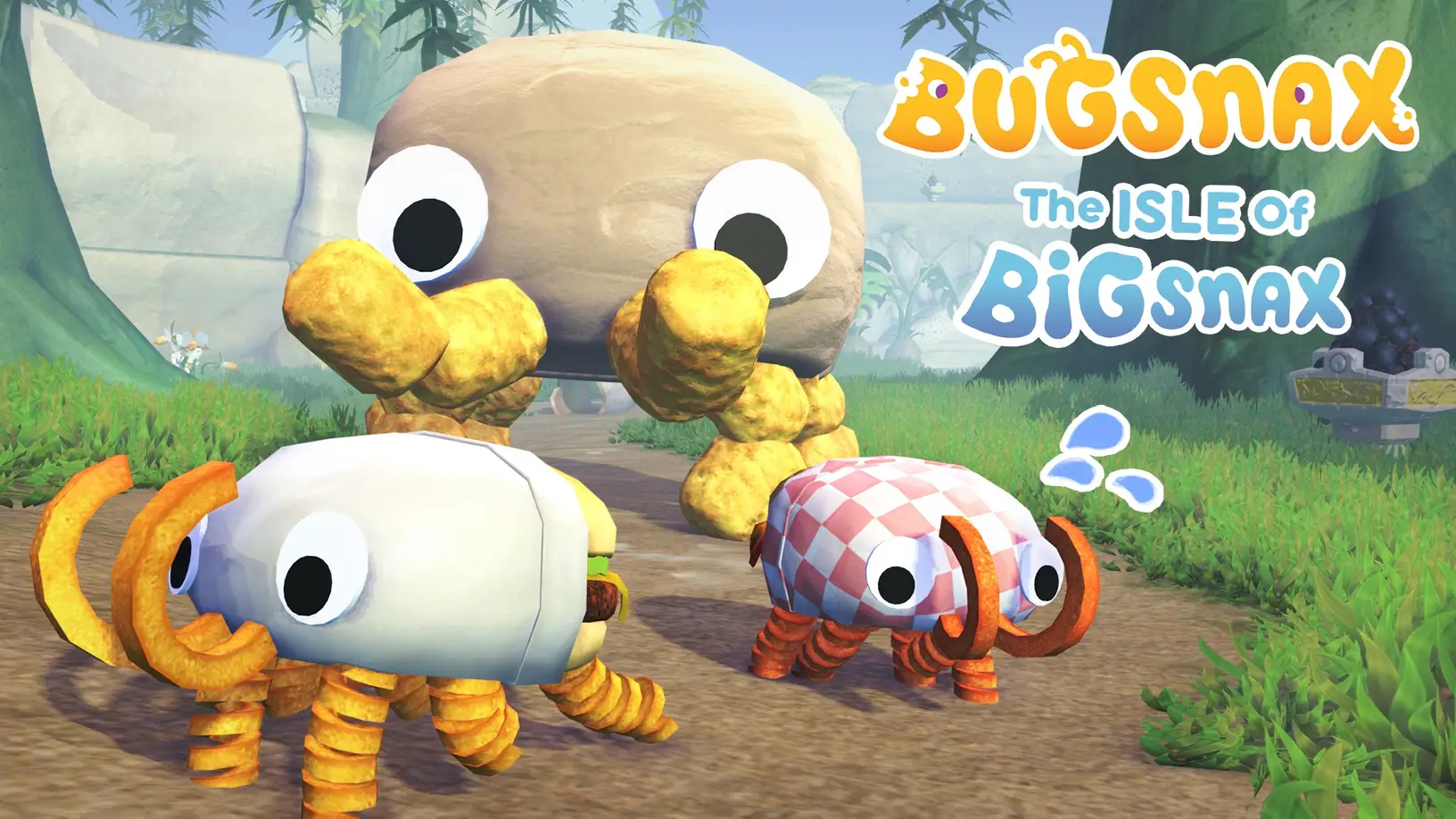 Bugsnax is the beautiful and whimsical adventure from Young Horses, the same developer behind Octodad: Dadliest Catch. The island adventure was released in 2020 and quickly became a favorite among the gaming community.

Now, Young Horses has announced a free DLC called Isle of BIGsnax. It’s set to release in just over two weeks, on April 28.

Isle of BIGsnax will introduce a range of new content, including an island for the player and other characters to explore. This update takes place before the point of no return, and you’ll access it by talking to Snorpy once you’ve completed all his side quests. Players who have already beaten the game can press continue to pick up before the end of the game.

The classic characters return to the new island, and players will be able to watch the relationships between the characters bloom. But the Bugsnax on this island are much bigger than the player has encountered before. To help catch these bigger prey, the player will have access to new tools and tricks.

Young Horses is also adding more to the game’s core, such as allowing the player to create a hut in the main village. By doing challenges from their mailbox, the player will unlock new furniture and accessories to decorate their place with. Players will also now be able to customize Bugsnax with hats once they’ve caught them in the wild.

In addition, the update will bring gameplay improvements and other surprises, according to the trailer. While players wait, it’s an excellent time to get back into Bugsnax and enjoy a treat with the other villagers.