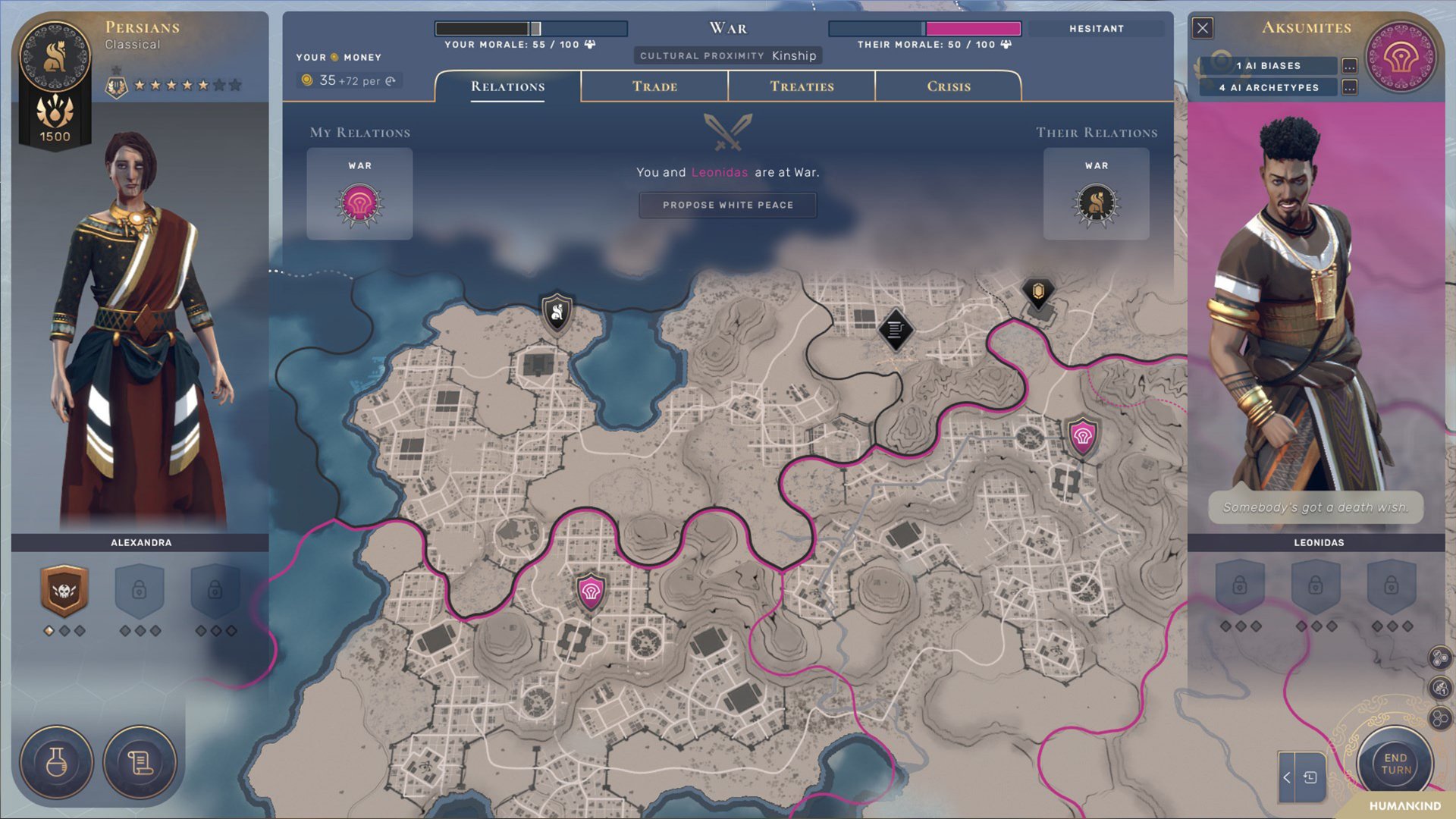 SEGA’s new 4X strategy game Humankind is one of “Culture.”

As one of the game’s primary mechanics, Cultures dictate the characteristics of your society, and unlike Civilization VI, another popular 4X game, Humankind players have a significant amount of flexibility in the way their Culture progresses and changes over time.

Once you reach the Ancient Era in Humankind, you will be able to turn your nomadic tribe into one of 10 Cultures. These Cultures each have unique legacy traits as well as emblematic units and districts.

Cultures each have a specific element of the game that they can benefit from, including Aesthete, Agrarian, Builder, Expansionist, Merchant, Militarist, and Scientist.

Here are all 10 Ancient civilizations you can choose from and which gameplay element they give benefits for:

After you complete the Ancient era, you will move into the Classical era and be able to adjust and edit your Culture. The further along you progress into new eras the more options your civilization has for development.

The remaining eras in the game are Classical, Medieval, Early Modern, Industrial, and Contemporary. In total, there are 60 cultures to choose from and practically endless options for combining and changing cultures from game to game.

The cultures that you choose to evolve into will depend on a combination of your strategy, personal preference, and playstyle. Here are all of the Cultures available in the game currently: