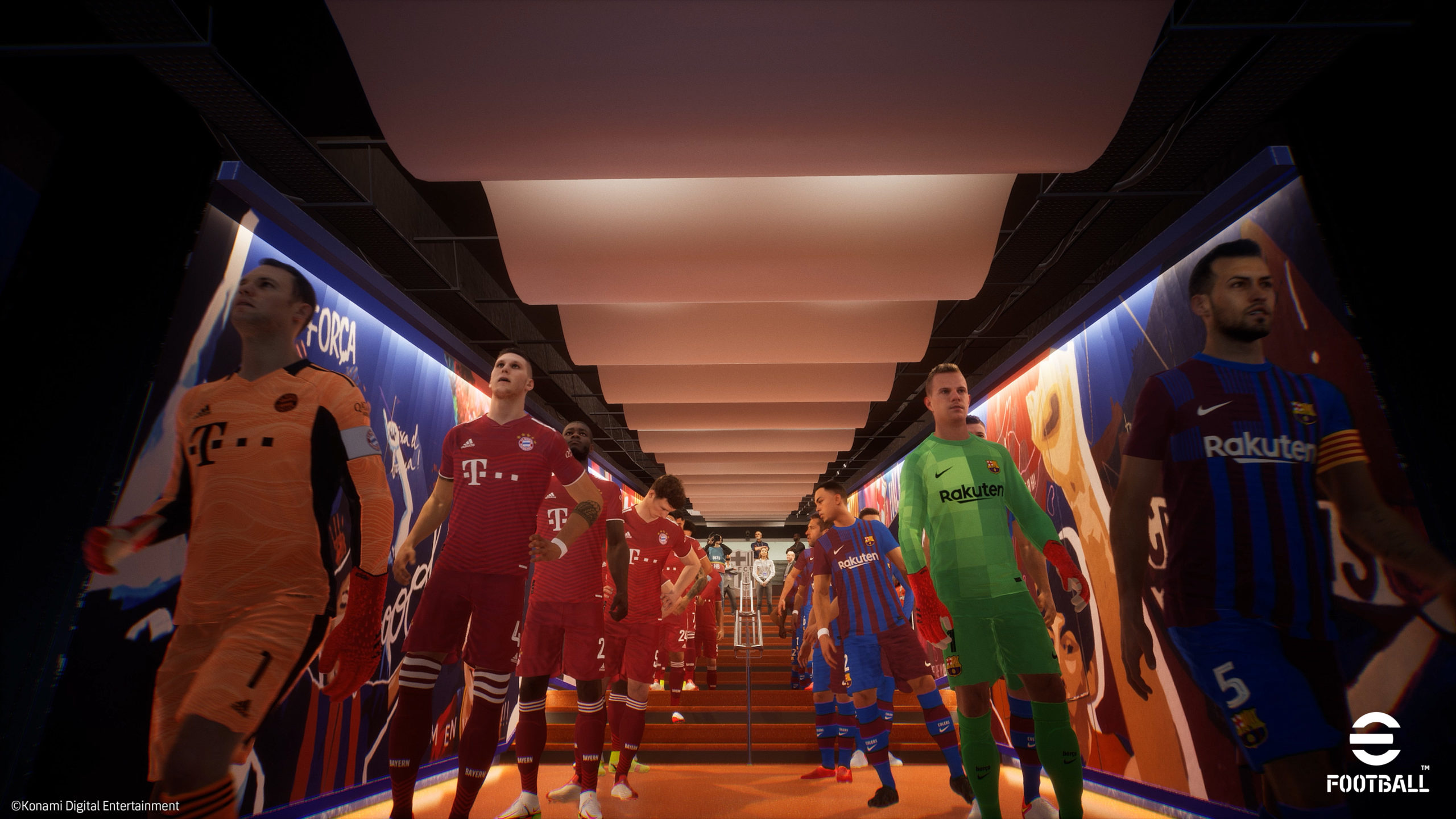 The trailer mainly focuses on the new dribbling animations that are being developed and features the testimony of players who helped Konami to create them, such as Andrés Iniesta, Gerard Piqué, and Takefusa Kubo. Some of the mechanics, dribbling animations, and kicks, however, will only be implemented after the game launches in early fall, and Konami didn’t reveal the date for them.

The list of features that will be implemented post-launch is the use of the PlayStation 5’s controller’s haptic feedback and adaptive triggers. These include control ball trapping, which means loads of dribbles and body feints that help to make every duel “an exciting moment for both attacker and defender”, and sharp kicks, which are special kicks such as sharp crosses and fast lofted passes that seemingly will have to be manually executed.

Konami also created a Twitter thread to explain each of the features shown in the gameplay trailer. Even though there’s a lot of hype for eFootball, because it will be free-to-play and have cross-play, some players pointed that the overall graphics and player models don’t look like next-gen at all.

The gaming company already stated that eFootball‘s early fall launch will be a demo in many ways, so it’s likely that the devs will have a lot of work to do post-launch. Konami’s soccer game won’t have annual releases any more and will provide roster updates instead.