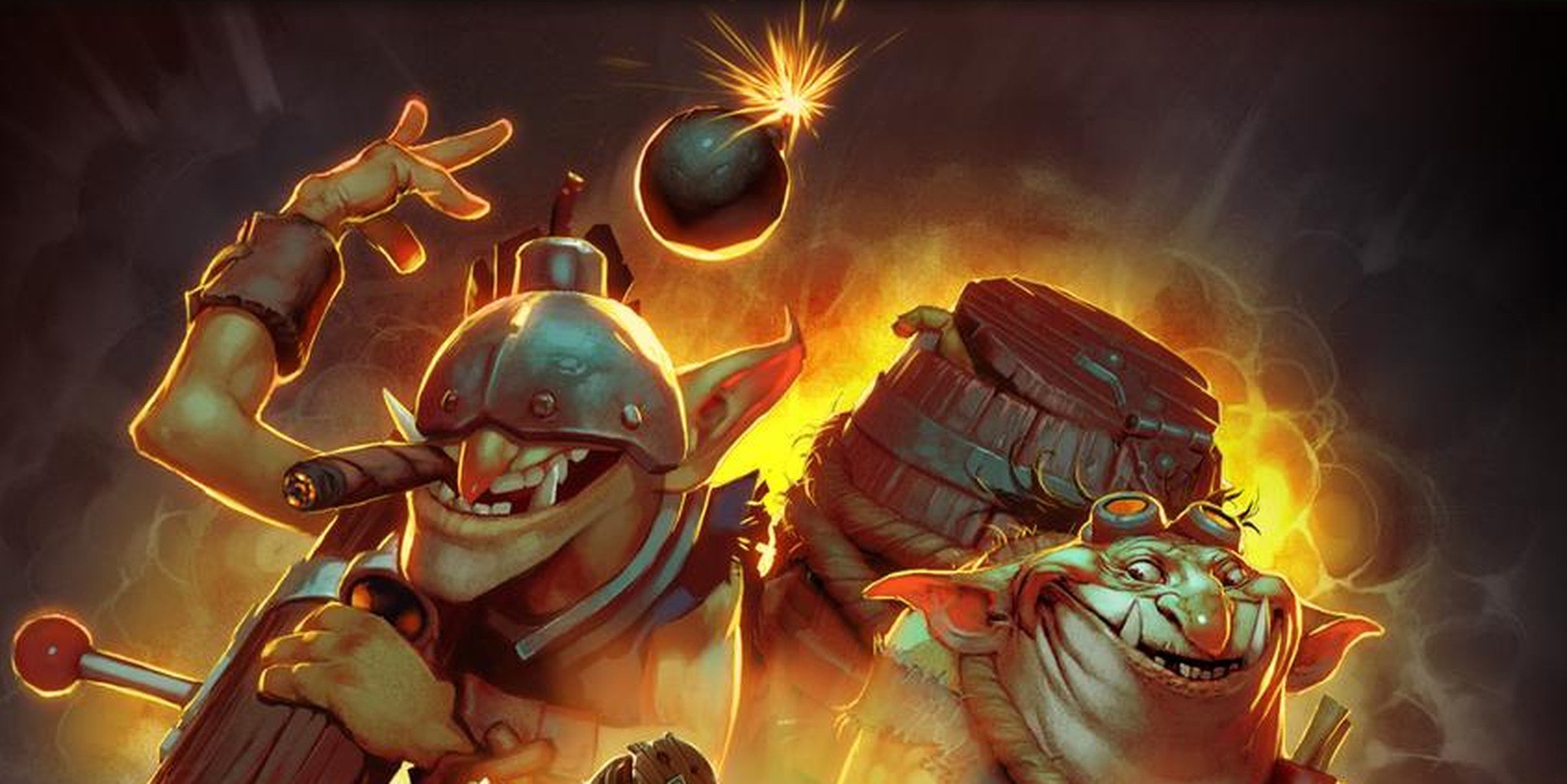 The latest update to Dota 2 has brought about the addition of a brand new hero, along with a new mode of play and a few other minor additions.

Meet the Techies, a pair of explosives-wielding goblins who stalk around with a bomb-filled cart,.

The hero is based around the idea of leaving dangerous land mines and stunning stasis traps scattered strategically throughout the game’s playing area. These can be used to ward opposing heroes away from key locations or to surprise unsuspecting foes with an unexpected placement.

The mining and trapping abilities also set up for a potential array of devastating attacks when combined with the abilities of allied heroes who are able to manipulate the positioning of an enemy, as there’s no dodging a trap when a you force an opponent to step directly onto it.

Techies also maintain the proud tradition among gaming goblins for suicidal explosiveness. The hero has an attack that takes its own life in exchange for meting out heavy damage to nearby enemies.

The newest addition to the heroes stable in Dota 2 brings the total number of available characters to 108. Only four remain that have yet to be ported from the original Dota: Abyssal Underlord, Arc Warden, Oracle, and Winter Wyvern.

The patch also includes a randomized deathmatch mode of play, in which players are assigned a random hero and given a new one every time they fall in combat.

Completionists will also be pleased by the update, as it provides an array of virtual display trophies awarded for the completion of certain goals, as well as a new challenge that requires the player to win a game with each of the game’s 108 heroes.