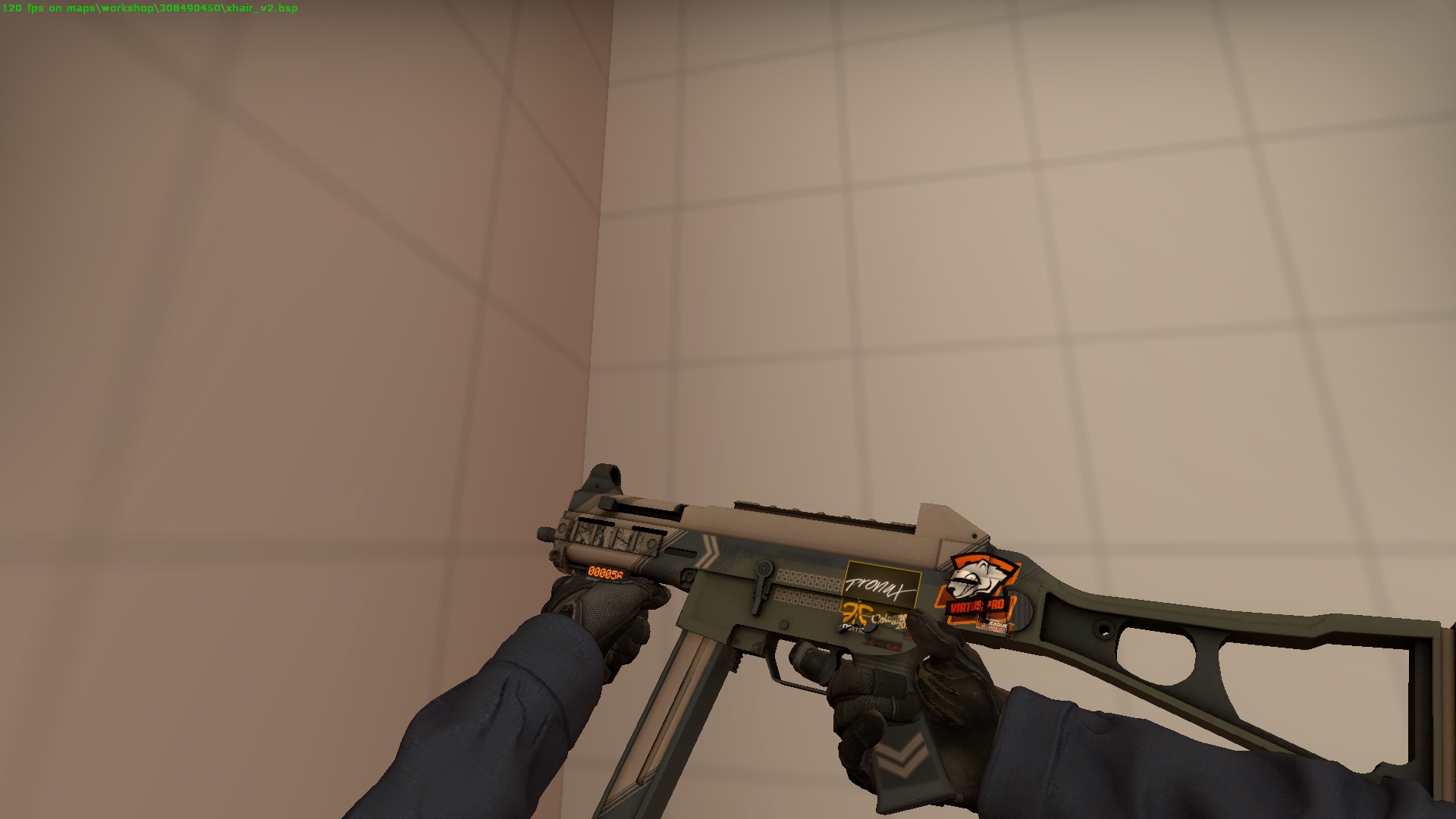 When it comes to fans of other esports criticizing Counter-Strike: Global Offensive, they almost always say a statement similar to, “CS:GO players use like three guns the whole time.” While the AK47, M4 and AWP are all explicitly popular in CS:GO, statements such as these gave me a great idea to solve a problem that has been appearing in professional matches and is a highly heated subject at the moment: the UMP-45, or as others like to say, the mini-rifle.

Here are some stats about this submachine gun:

The damage in red represents an instant kill. The top number represents damage with full armor, while the bottom is for no armor.

Here are the stats for the FAMAS and the Galil AR, which are the cheaper rifles for the T and CT side:

As you can see, for its price, the UMP is a viable option for force buys, anti-eco rounds, and even full-gun rounds. But, should an SMG be able to do this? The real world answer in many of the situations would be yes; at close range, you should be able to rip through armor and mow down rifle-wielding opponents. On the other hand, we must remember that this is a video game, and it isn’t the most realistic one. I don’t remember any stories of soldiers out on tour with a scout jumping over a wall.

Let’s break these statistics down even further. The UMP does more damage to the head than the Famas, which is the CT’s cheap rifle that costs $1050 more than the UMP. That is a full armor buy. In comparison with the other rifles, it is just three damage shy from them barring the AK47, of course. Now, if we were to throw in the rounds per minute, you’ll find that the UMP-45 fires faster than the M4A1-S and the AK47, and is on par with the M4A4 and Galil. Plus, the UMP-45 has a better running accuracy. 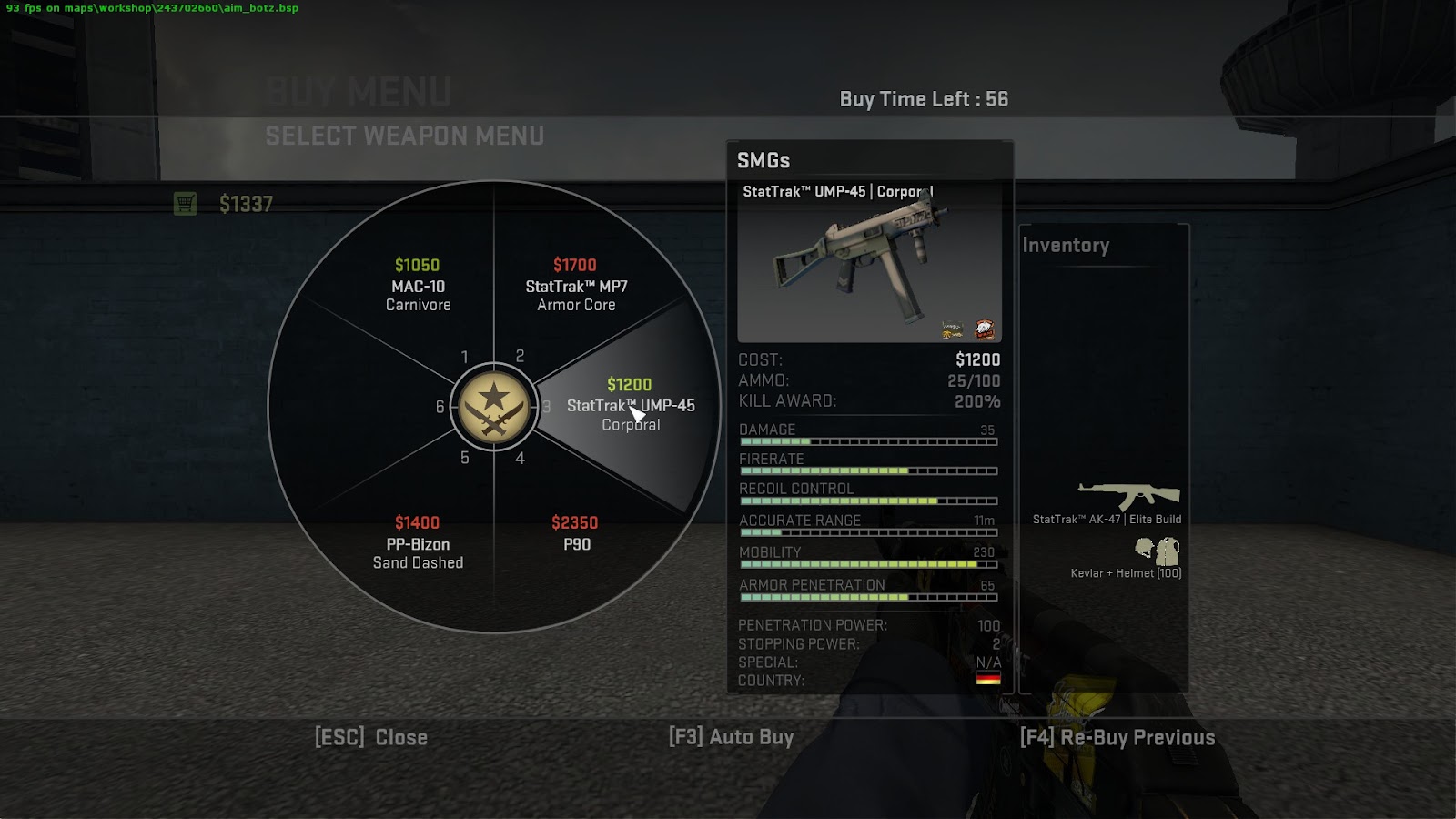 So, I propose a fix to this dilemma. Valve can create a new rifle that bridges the gap between SMG and AR. Valve could give it a damage rating similar to the Famas so it isn’t seen as overpowered. Next, the company would give it a healthy rate of fire of 666 so it is equal to its SMG counterparts and ARs, and then give is a tight spray pattern with a low amount of recoil. Finally, it has the same modifiers a rifle would have while running and shooting. I would also give the UMP a small nerf to its running accuracy and damage, thus making this rifle a viable option. Last but not least, the price of this new weapon would be a modest $1950, so it would truly be the gap between SMG and AR. 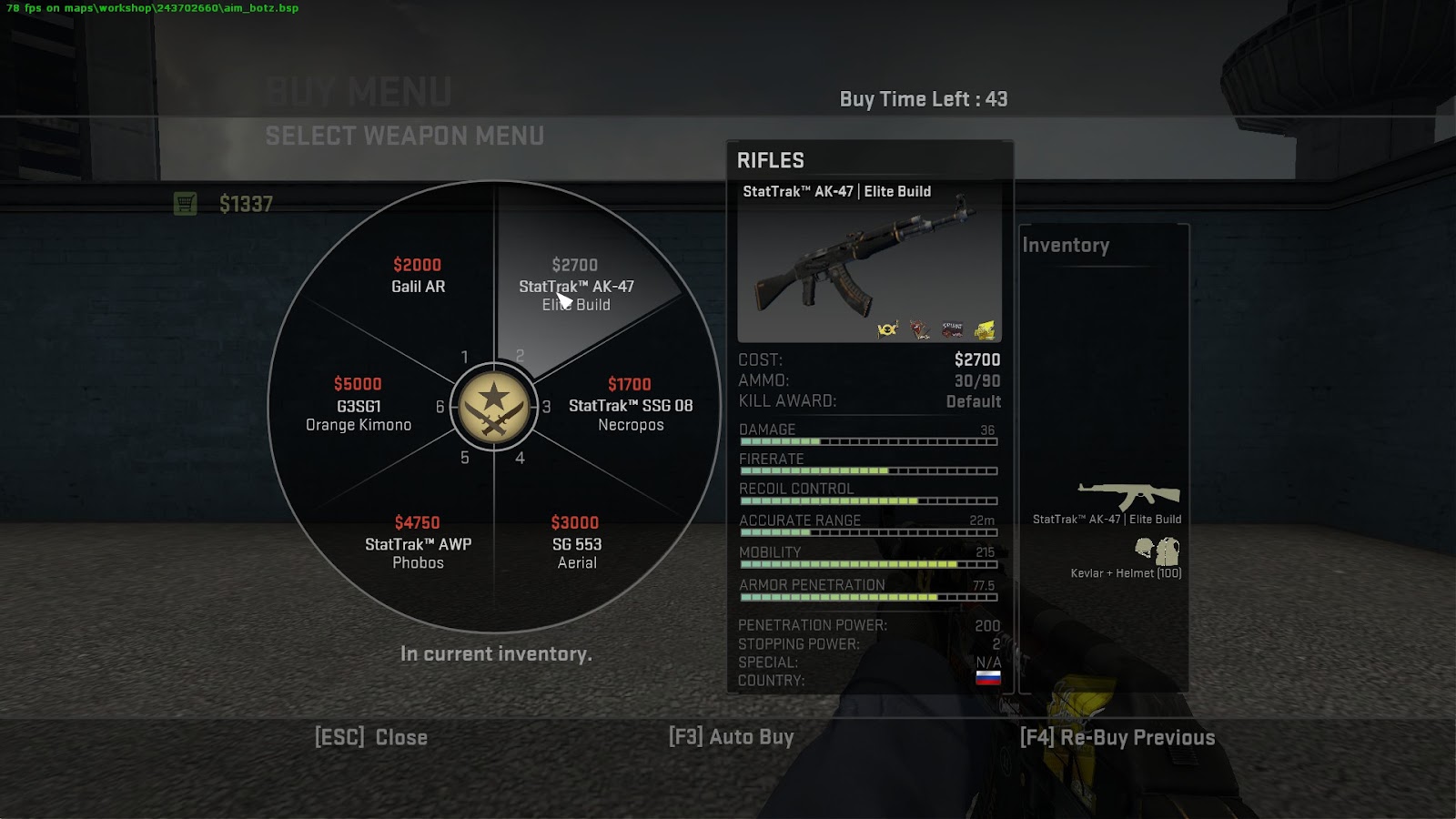 The other option could be to rework the Famas to fit these parameters, instead of implementing an entirely new gun into the game. This would save time and effort and would also balance out the CT side economy a little more, as the Famas, in its current state, is utterly useless.