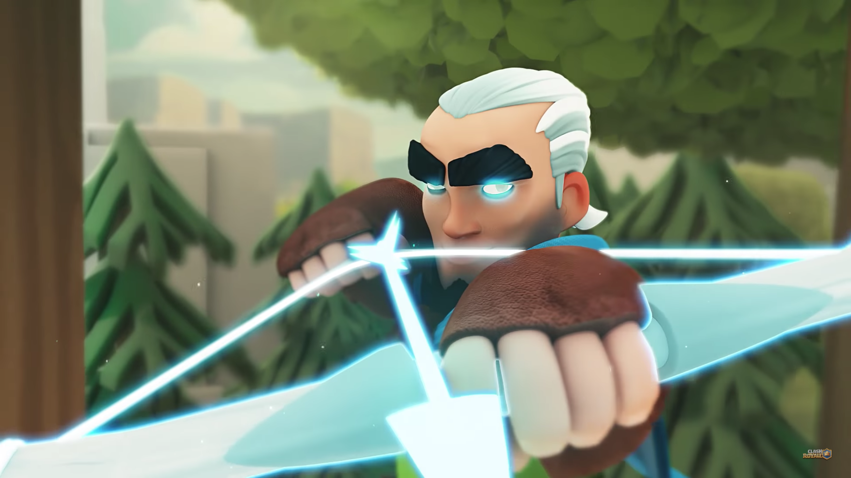 One of the newest cards being introduced to Clash Royale could have a major impact on the upcoming meta.

The Magic Archer is set to be released in four days, which means Clash Royale players will be trying to get their hands on this card around March 2.

This four-elixir Legendary card can be unlocked at Arena 11, Electro Valley. It “shoots a magic arrow that passes through and damages all enemies in its path,” according to the in-game description. The Magic Archer is great against cards that spawn multiple units with low health, but it can struggle against spells and splash damage.

Here are some of the best ways to use and defeat the Magic Archer.

The Magic Archer is most effective at long range, and his magic arrow can hit multiple enemies at once. This makes him extremely powerful when played behind a tank, such as a Golem, Giant, Lava Hound, Hog Rider, or Miner.

These tanky cards all have a lot of health and can take damage while your Magic Archer dishes some out. If your enemy sends out units that are weak against the Magic Archer, your tank might even get the chance to land some shots on the opposing Princess Towers.

In general, the Magic Archer is good against cards that have low health and are in a group, such as Goblins, Minions, Skeleton Army, and Bats. At level one, the Magic Archer deals 96 damage per second—so any units with low hitpoints will be quickly dealt with.

Another card that synergizes well with the Magic Archer is the Tornado. When placed correctly, the Tornado will pull enemies farther away from your Magic Archer—but due to his long range attack, he can still hit them and deal damage. You can combine the Tornado with an Ice Spirit too, which will momentarily freeze enemy units and allow the Magic Archer to land a few more hits.

At first glance, it seems like the Magic Archer has many offensive and defensive capabilities. But even more combos and strategies will be developed as the card sees more action in Clash Royale.

Although the Magic Archer might seem powerful, he does have some glaring weaknesses. In general, this Legendary card will likely struggle against spells and splash damage.

Fireball and Poison are two spells that can deal lethal damage to a Magic Archer. At level one, the Magic Archer only has 490 hitpoints, so a level six Fireball can take him out in one shot. Poison will cripple a Magic Archer, even though it’ll take a few more seconds than the Fireball. Lightning can also instantly destroy a Magic Archer, but this spell costs six elixir.

Troop cards that best counter the Magic Archer include the Executioner, Baby Dragon, Mega Knight, and Valkyrie. The Mega Knight can deal some serious splash damage when you initially summon it, but it costs seven elixir, which is a lot to use against the four-elixir Magic Archer. The Baby Dragon, Executioner, and Valkyrie, on the other hand, all have enough health to take a few hits from the Magic Archer while simultaneously dealing lethal damage.

The only issue, however, is that most of these counters cost as much or more elixir than your opponent used to actually summon the Magic Archer. Right now, it doesn’t seem like there are many low-elixir cards that are extremely effective against the Magic Archer due to his long-range piercing arrow.

This means that, in a worst-case scenario, summoning the Magic Archer gives you an inevitable elixir advantage—on top of any damage he deals.