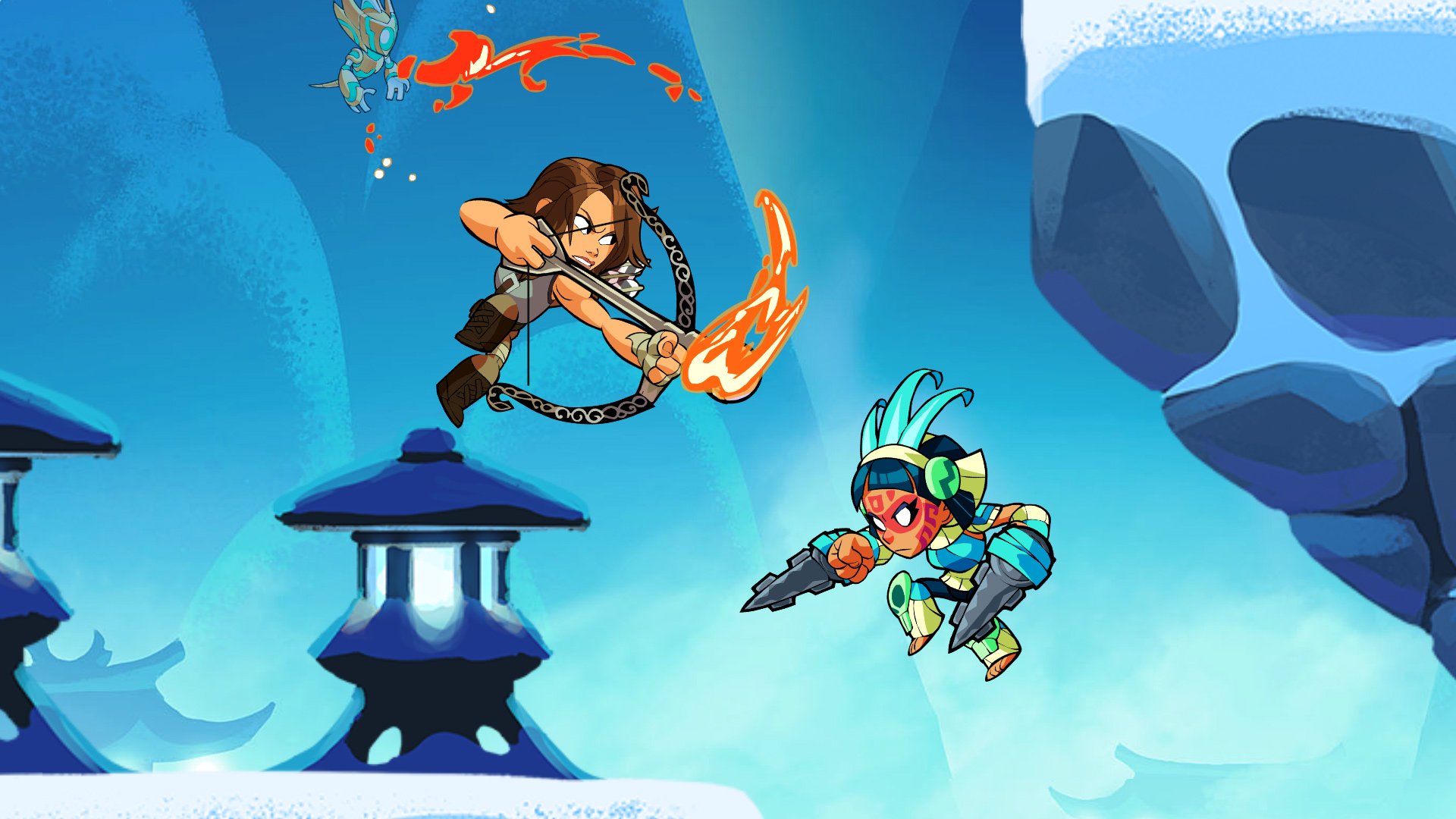 When it comes to platform fighters, Super Smash Bros isn’t the only king in the jungle. While it may be the most popular one, there’s a decent level of competition out on the market, like Brawlhalla.

Brawlhalla does a fantastic job of capturing the most liked elements of the genre with excellent artwork. The gameplay by itself can be enough to draw thousands of players, but it’s the competitive nature of Brawlhalla that keeps masses coming back for more.

Even if you’re a casual player, chances are you’ll find yourself heading for the ranked mode since it’s also a good way to play with players that are close to your skill level. An even match will always be more fun, and it can also push you toward improving yourself in Brawlhalla.

Aside from the Diamond rank, each tier in Brawlhalla is divided into six subcategories ranging from zero to six. As you win more matches, your ELO will increase, and you’ll advance to the next tier when you have enough ELO.

The tier zero in each rank serves as a level of protection. Since getting demoted to a tier below is one of the worst feelings in any online game, you’ll have a second fighting chance to prove your worth once you hit the zero tier of each rank. Instead of demoting right away, you’ll have a chance to retain your status in that rank.

How does the season system work in Brawlhalla?

Around every 13 weeks, your rank will decrease in Brawlhalla. This is mainly because of the soft reset that rolls out when a ranked season ends. Each ranked season lasts around 10 to 14 weeks and players’ ranks get reset as a preparation for the next season.

Once the new season kicks off, the grind will be back on and each player will be rewarded with Glory based on their performance in the last season. Glory is an in-game currency, and it can be used to purchase taunts, UI themes, colors, and weapon skins from Mallhalla.

How can you rank up faster in Brawlhalla?

The ranked play is considerably more competitive than casual Brawlhalla. As you rank up, players will start taking each match more seriously, and you’ll need to bring your A-game to rise above the competition.

Though the famous Rocky quote goes, “It ain’t about how hard you hit. It’s about how hard you can get hit and keep moving forward,” you’ll want to avoid getting hit as much as possible. Before focusing on landing the finishing touches, it’s usually best to master the art of dodging. If you can actively take advantage of each dodge direction and rotate through the cooldowns, you’ll be the hardest person to knock out in your lobby. In cases where you don’t trust your ability to dodge consecutive attacks, you can try out the oldest technique in the book, and that’s staying out of range. If you keep your distance from the most dangerous player in the lobby, you’ll naturally be out of trouble until they set their eyes on you.

Once you feel in your ability to dodge attacks and overall movement, you should try to learn using your abilities and moveset most efficiently. The best way to do that will be through watching character-specific guides and professional players. Tuning in to the streams of high-level players can help you notice new mechanics you weren’t aware of before and help you improve your gameplay.

You can learn a lot from watching streams and guides, but it’ll also come down to practice. When you aim to improve, you should see each match as an opportunity to apply a new trick that you learned. Finding yourself a partner to practice with is also another great way to quicken your learning curve since you’ll be able to spot each other’s mistakes.

The bottom line is that you’ll rank faster as you learn more about Brawlhalla and improve your gameplay. There’s no easy way to boost yourself to the upper tiers since you’ll need to prove that you’re worthy of ranking up as you move up the ladder.