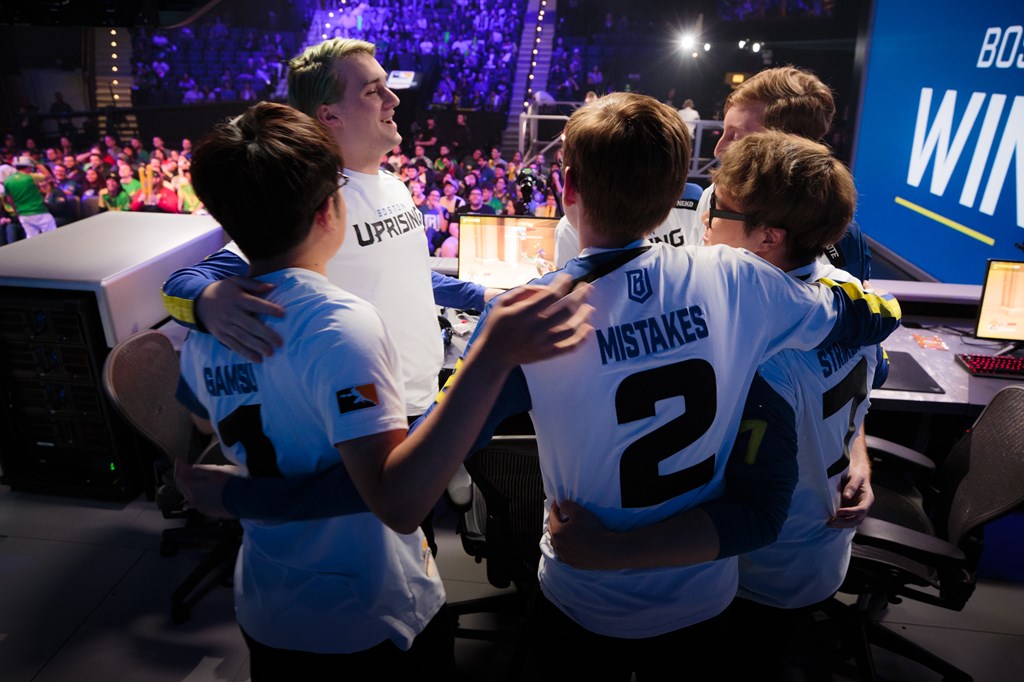 The Boston Uprising are the first and only team to go undefeated throughout an entire stage in the Overwatch League.

That’s an exclamation point on what’s been the biggest story of the OWL. When Boston’s lineup was announced, most analysts pegged them as a bottom-tier team. Their lineup had potential, but mostly featured players who had never been on high level competitive teams. Yet here we are today, with Boston Uprising sitting at 10-0 on the stage in the midst of a 14-game win streak—the kings of the OWL.

Boston had to fight for it today, however. This was an important match for the Los Angeles Gladiators, who needed every map win they could get to put a cushion between them and the Philadelphia Fusion and Seoul Dynasty, who are eyeing Gladiators’ stage playoff spot.

Boston opened the series essentially up one map considering Volskaya was the first map. They’re undefeated on the snowy Russian mecha factory, and today didn’t change that. Next was Numbani, and it wasn’t even close. Uprising full held Gladiators on the first point and then scored the one tick they needed on attack on their first push.

Gladiators finally punched back on Nepal, though it looked bleak to start. Los Angeles failed to cap the control point a single time on Shrine, but the close quarters of Sanctum and Village proved more to their liking.

The match concluded on Route 66, but the Boston win took everything they had. It ended with two close time bank pushes and the clutch play we’ve come to expect from Uprising.

In his post-game interview, Kwon “Striker” Nam Joo credited not only his teammates but the team’s whole staff with making the win streak possible. Boston famously selected players for their ability to be coached prior to the season, and that’s created a team-first environment that’s garnered them much success—although it certainly helps to feature the best Tracer player in the league: Striker.

The win secures Boston Uprising the top seed in Sunday’s stage three playoffs, meaning they’ll get a chance to pick their first playoff opponent. It’s quite possible that today’s bout against Gladiators was a preview of the first playoff match. And while Uprising haven’t lost all stage, Gladiators showed they can go punch-for-punch with the titan.