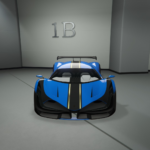 Grand Theft Auto Online lets its fans get a taste of life in the fast lane. Players can squander their hard-earned cash on casino penthouses, a private yacht, and cars so expensive that you’d have to engage in illegal activities just to afford the test drive fee.

Although some of the game’s vehicles, such as the Emerus and Krieger, are objectively faster than the rest, picking between the dozens of cars available in Legendary Motorsport can be a hard task. In some cases, the difference in performance can come down to a mere fraction of a second.

With that information in mind, we’ve compiled a list of the best cars in GTA Online that cater to gearheads and casual players alike. 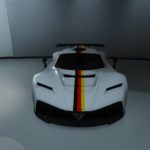 There are plenty of cars to choose from in GTA Online, but the racing scene is dominated by two undisputed kings: the Progen Emerus and the Benefactor Krieger. The two cars consistently outrank most of the competition and players who are looking for the top spot on the leaderboards should seriously consider getting their hands on one of them.

The two cars behave similarly to each other, and ultimately, choosing between them is a matter of taste and the circuit you’re running. The Krieger’s acceleration and traction are unparalleled, which gives it an edge in races with plenty of straight lines. But the Emerus has better brakes and gains a small advantage on tracks with more curves.

Below the S80RR’s oddly-shaped exterior is one of GTA Online‘s most powerful engines. The car has incredible traction, speed, and acceleration to go with it, which makes driving it a nearly trivial endeavor. Its grip lets it stay on track with where you want to go and its sheer horsepower makes sure you get there fast. It’s a prime candidate for racing and will likely make short of other supers (with the exception of the Emerus and the Krieger). But don’t be afraid to whip it out for a mission—if you don’t mind your friends knowing that you drive one of them.

They say the best things come in small packages, and the Vagner is a testament to that adage. Despite being one of the cheapest supers, this car can go head-to-head with some of the fastest vehicles in the game. If you’re on a budget and need to make a long-term investment, you can’t go wrong with the Vagner.

The Thrax appears to be based on the Bugatti Divo and doesn’t really fall behind its real-life counterpart. It has good handling and brakes, but lacks the whiplash-inducing acceleration of the Krieger and the Emerus. The Thrax still outperforms most of the other supercars, though, so it’s a viable choice for both racing and missions.

If you’re looking for a grippy car that’s easy to control but don’t want to shell out the big bucks for the 80RR, there’s no reason to pick anything other than the Autarch. This car boasts amazing traction and brakes alongside high speed and acceleration, which makes it a great option to use in missions and races.

The Deveste Eight boasts the front of a high-end sports car and the trunk of a futuristic prototype vehicle. Its stats provide the best of both worlds, too. Strap the most powerful engine of all Supers into a grippy, easy-to-handle car and you get the Deveste Eight. Its brakes are slightly weaker than other vehicles, but the high traction means that you won’t use them too much anyway. Just be mindful of its overly long hitbox. It’s easy to underestimate the length of this car.

Speed, handling, and beauty: This car has it all with a price tag to match. The Furia draws inspiration from real-life Ferraris to create a mesmerizing, classy supercar. Although it’s marginally outranked by other vehicles on the list, the Furia is a strong choice if you want a fast car with the looks that say “I just robbed the Diamond Casino & Resort.”

The XA-21 is a top-tier sports car due to its all-around good stats, which grant this vehicle a spot among the 10 best cars in GTA Online. Its brakes can be lacking if you’re looking for an emergency stop, but its traction can usually handle the strain and keep the car from deviating too far off course. 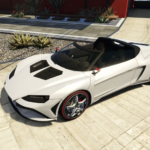 The Zentorno is one of GTA Online‘s most popular investments. Its batmobile look, fast speed, and comparatively low price, at a meager $725,000, make it a must-have for players who are just starting to close in on their first million. And the good news is the Zentorno doesn’t fall too far behind in a race.

But if you’re looking for a spiritual successor to the Zentorno, look no further than its meaner, angrier cousin, the Zorrusso. It’s essentially a Zentorno with better stats, which means it has a more powerful engine without the tendency of drifting around corners.

Like the Vagner, the Tempesta packs a big punch for a small investment. The car is easy to control and boasts a small price tag, which makes it a strong contender if you’re looking to buy your first supercar. Although the Vagner still outperforms it by over a second, the Tempesta is a surprisingly solid and affordable choice of a vehicle. 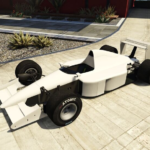 These two are supers in everything but name. The PR4 and R88 are GTA Online‘s attempt at bringing Formula 1 to Los Santos—and the results are overwhelmingly positive. Although the pair don’t have as much top speed as several other supercars, their acceleration, braking, and handling are nearly unmatched. The cherry on top is a Boost system that gives players a nitro by pressing the horn button and fills up whenever they’re not accelerating. This high-octane package comes with the price tag to match, too. The PR4 and R88 are the most expensive vehicles available right now in Legendary Motorsport, GTA Online‘s deluxe car dealership.

This isn’t to say that the two cars don’t have downsides. They’re significantly lighter than the rest of the cars and a collision is sure to send them flying. If you get some air time when going down a slope, too, the car is prone to turning and losing control. The hefty price tag is another barrier to acquiring these vehicles. Don’t expect to use them in a race against Supers, either. They’re in the Open Wheel category, a different league of its own.