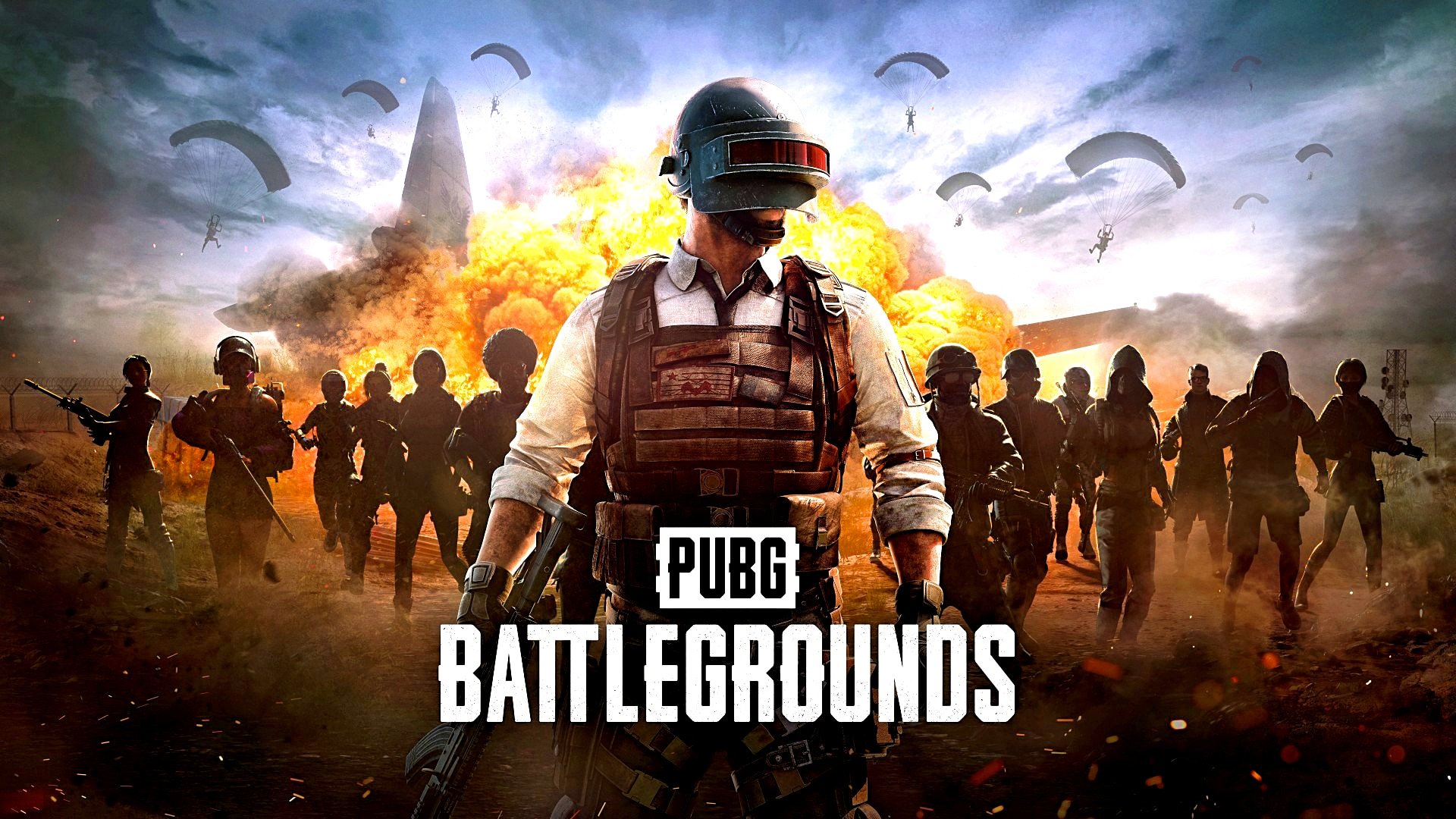 Video games have evolved from a pastime to one of the biggest entertainment industries in the world. From the games made on the first computer to arcades and gaming consoles, and now with high-tech inclusions such as the use of augmented reality (AR) and virtual reality (VR), the gaming industry has come a long way to establish itself as a multibillion-dollar industry.

With the evolution of the industry itself came the evolution of video games as a whole. Video games became a way to tell a story, be it through titles with a direct narrative, puzzle games that gives a mind-boggling yet informative experience, or competitive games that bring out the best of players to strive and win.

One of the most popular genres in the scene is battle royale. At first, of course, the sound of the word “battle” already makes it clear that it is connected to the competition. And the “royale” part? Well, that’s what makes the genre as competitive as possible, with the concept of last man standing being instilled with it.

The battle royale genre of games originated from the 2000 Japanese film Battle Royale. The movie’s theme revolves around a last-man-standing contest set in a zone that shrinks as time passes by. Competitors are killed if they stay outside of the specified zone. The contest only ends when there’s a single survivor, so players can also kill the other contestants to remain as the lone competitor and be declared the winner.

The theme of the movie has since then been adapted into a video game setting and mechanic. It began as early as 2010 when a Minecraft mod called Survival Games. Also, other games like DayZ, Z1, and ARMA 2 paved the way for the genre to solidify its own mark in the gaming world.

Now, the genre is one of the most respected and known in the history of gaming. We’ve ranked the best battle royale games or those whose gameplay is very much like battle royale in terms of the best gameplay quality, popularity among fans, and overall impact to bring the genre to where it is today.

We’ve included a knock-off game on our list. Totally Accurate Battlegrounds or TABG may seem like a parody for main battle royale games like Fortnite and PUBG. But in reality, the experience TABG gives is way more than fun.

The usual 60-player battle royale match-up format in the game can be seen on other titles. But the chaos seen especially when you engage with your opponents makes TABG, TABG. The physics and totally accurate yet exaggerated player actions really bring out the parody side of the game to provide a fun experience.

Firestorm is the battle royale spin-off of DICE’s FPS title Battlefield V. One of the game’s biggest strengths is the heavy-duty graphics. They can make you feel you’re going into a game-ending adventure that will push you to the limit—to be the lone survivor after a grueling match displaying the survival aspect of Battlefield V.

Alongside the overall survival vibe brought by the technicalities offered by Battlefield V, such as the audio and visual elements of the game, Firestorm’s storytelling is top-notch. The competition begins as early as players are dropped off at the several destinations on the map when the catching of high-tier loot comes particularly into play. It will already dictate how the story goes by until only one will be declared the true survivor of the map.

The Worms series of games began to capture the hearts of game fans as early as 1995. From there, players knew these worm creatures are not just the typical insects you’ll find in the garden, but they are also in it for a fight. And one way these worms could prove themselves true warriors is by putting them in a battle royale setting.

In Worms Rumble, 32 players will fight for the top spot in various modes such as the Death Match, Last Worm Standing, and Last Squad Standing. But what makes the game more interesting are its strange yet memorable weapons—including Sheep Launchers, Sentry Turrets, and Plasma Blasters. If you would like to try an unusual but fun experience in battle royale, then this game might be a good choice.

Forza Horizon 4 is a racing game. But the fourth entry to one of the most established racing game franchises in the world introduced the Eliminator mode, which provided a more unique use to the Ferraris and Porsches aside from the racing track: through a battle royale extravaganza.

This mode allows 72 racers to compete with one another, determining the last driver standing in the end. As time passes by, the map the cars will explore shrinks while all of the drivers race, and the losers get eliminated along the way. You will always feel Forza in this mode, but the thrill of the battle royale makes it more exciting to play.

The MOBA genre usually uses magic abilities and skills compared to battle royale games where firearms and load-outs have been the standard most of the time. But Proletariat, Inc.’s battle royale title Spellbreak, mixes the fantasy element with the last man standing mantra, creating a wondrous battle royale experience.

In this game, spells would be the main line of offense and defense for players. These spells can also give you the ability to fly, teleport, or become invisible aside from creating blasts. There are also elemental classes that players can choose from: wind, fire, ice, lightning, stone, and toxic. Spellbreak breaks the usual army-themed style of battle royale games and provides a more unique experience of becoming the last spellcaster standing.

if you want competitive but fun at the same time, Fall Guys is one of the best games to consider. It is not your usual battle royale game, bringing a series of minigames every match where you need to qualify among the top players to advance until only one bean is left standing in the end.

Additionally, the colorful and joyful aesthetic it offers to players makes it attractive to all sorts of gamers. From hardcore competitive gamers to casual players who just want to have fun, all may try and enjoy the experience Fall Guys has. Just be ready with the different obstacle courses you may encounter. Even if you lose, though, it will definitely be delightful.

The Call of Duty series was already one of the most established franchises even before Warzone came out. And when Activision announced that it would release its first battle royale game, of course, the anticipation and hype from fans roared throughout the entire gaming community.

And the game did not disappoint, matching the uproar it garnered even before it was released.

Call of Duty: Warzone introduced new elements to the genre, such as the loadout mechanic where players can purchase custom classes in the game. Matches can host up to 150 players, which is one of the biggest numbers of participants in a single match from any game under the genre. Truly, Warzone cemented its mark in battle royale, especially when it hit 100 million players in April 2021.

For tactical shooters, VALORANT paved the way for characters that have skills that can be used as an additional weapon during matches. But for the battle royale genre, it was Apex Legends that provided this experience to players. And the result? Well, the game established an amazing connection between the players and the characters, called legends, making it a whole different experience compared to other battle royale games.

Apex is one of developer Respawn Entertainment’s masterpieces. It revamped the Titanfall universe into something special. The game’s futuristic style and aesthetic also made it attractive for almost all ages to indulge in what Apex has to offer.

Fortnite’s vibrant colors may sometimes make you forget you’re actually entering a grueling battlefield where you need to beat enemies to be the last man standing. And with the skins that were made from collaborations with other superhero and fiction franchises, as well as from other games, Epic Games made Fortnite’s battle royale experience more light-hearted and competitive at the same time.

When talking about battle royale, Fortnite and PUBG may be the biggest names that come up. And the former’s playful vibe while having the genre’s competitive aspect made it one of the most popular video games in the world.

Last but not least on our list is what could be considered the ultimate godfather of battle royale games. If you say battle royale, this is the game that comes to mind. And yes, it is none other than PlayerUnknown’s Battlegrounds.

PUBG dominated the gaming scene when it was released in 2017 and holds the record for the most peak players on Steam, which happened in January 2018. Even if it is not a free-to-play title, it outlasted almost every game available when it rose to popularity, especially on platforms like Steam. But when it became available on mobile devices, its popularity reached a whole other level.

PUBG changed the landscape of gaming and paved the way for more battle royale titles to release in the next few years. As the famous tagline reads, “winner winner chicken dinner,” and truly, PUBG is the real winner on our list because of the impact it made on the the video gaming industry.