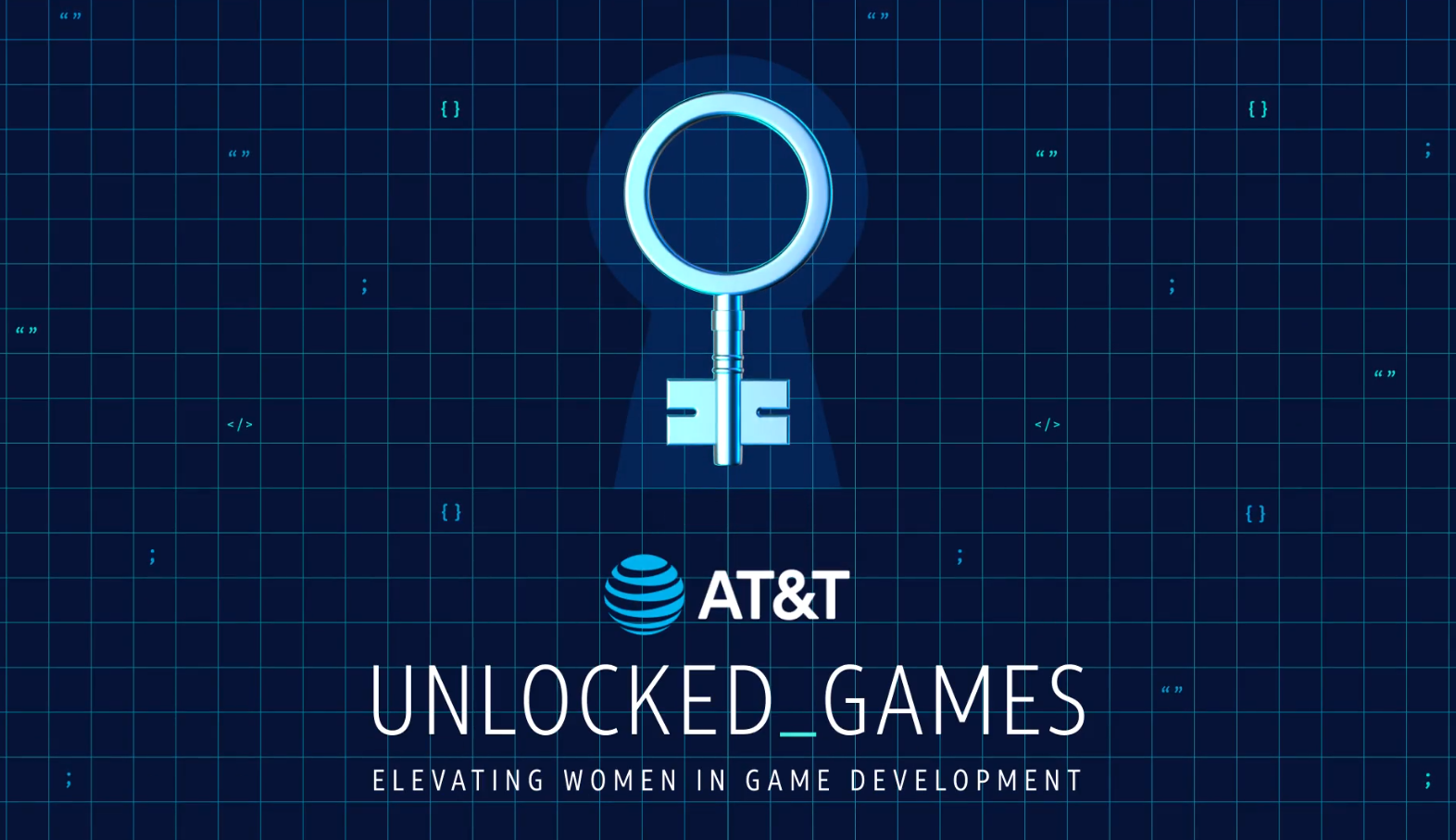 AT&T is putting up $50,000 toward a women-led game development team in a new competition aimed at increasing diversity within the industry. AT&T Unlocked_Games is currently accepting submissions until Oct. 26. Finalists will be judged by experts on a livestream on Dec. 2 hosted by streamers AnneMunition and Bnans.

At first glance, it may seem odd for a telephone and internet company to be leading a game development competition. While AT&T owns Warner Media, which houses Warner Bros. Interactive Entertainment, the company itself isn’t aiming to launch a game development studio like Amazon or Apple. Instead, AT&T considers itself an endemic brand to gaming and esports because of the services it offers.

“We believe that representation matters, representation matters for the next generation,” Shiz Suzuki, assistant vice president at AT&T sponsorships and experiential marketing, said. “It matters from a customer perspective, and making sure that we’re creating activations, marketing, and products and services, frankly, that align with a diverse set of audiences, which make up our customers.”

For this competition, AT&T has partnered with the International Game Developers Association (IGDA) to help bring mentorship to the grand prize winner. According to the IGDA, only 24 percent of game developers identify as women, even though upward of 46 percent of women are game enthusiasts, per NewZoo. Apart from the $50,000 prize, AT&T will include activations at DreamHack 2021, a lifetime membership with the IGDA, and a $3,000 credit to be used on AT&T products like phones, tablets, and hotspots.

“Underrepresented groups, in particular, women, need additional support because they often have harder times getting funding and other opportunities,” international director of IGDA Renee Gittins said. “And this contest is a very proactive approach to not only get those women funding, but also to spotlight them.”

On Dec. 2, a simulcast on Twitch and AT&T’s Twitter will feature six finalists who will all pitch their games to streamers AnneMunition and Bnans, as well as other experts, according to a press release. Competition is limited to the U.S., but international developers can participate if the lead developer is a U.S. resident.

“Putting women developers in the spotlight is really cool. Especially because I think that we all know there’s issues with women in gaming, and in the industry, because they can get hate for something or just for being a woman,” Bnans said. “So I feel it’s really nice that they’re able to bring and shed light on that and try to promote gender equality.”

AT&T, however, isn’t committing to publishing any games. While the company will follow the winner to document its game’s development, giving viewers behind the scenes access, the company itself isn’t looking to enter the publishing business (apart from Warner Media). But, according to Suzuki, it will do what it can to help guide a winning team to an eventual launch.

“It’s really meant to be a 360-support mechanism, in terms of supporting the development of the game,” Suzuki said.

Even then, there will be those who ask what AT&T gains from all of this, apart from any goodwill the competition brings. According to Suzuki, consumers know when they’re being marketed to, so the company feels it needs to reach and connect in more unique ways, finding what customers are most passionate about.

Cynics often dismiss social activism from companies as nothing more than pandering. Recently, Sony announced that users could download a Black Lives Matter theme on their PlayStation 4s. Apart from Blue Lives Matter rhetoric, there were some people on Twitter and Reddit arguing that Sony’s move wasn’t pushing for social justice in good faith. But Sony’s defenders were quick to point to the $100 million fund for racial equality Sony set up. If AT&T were to do something similar, people can point to AT&T Unlocked_Games to combat naysayers.

But for Suzuki, this project is more personal.

“There’s this quote called, ‘if you can see her, you can be her.’ And I want my four year old niece and other young women and girls out there to know that they can be anything.”