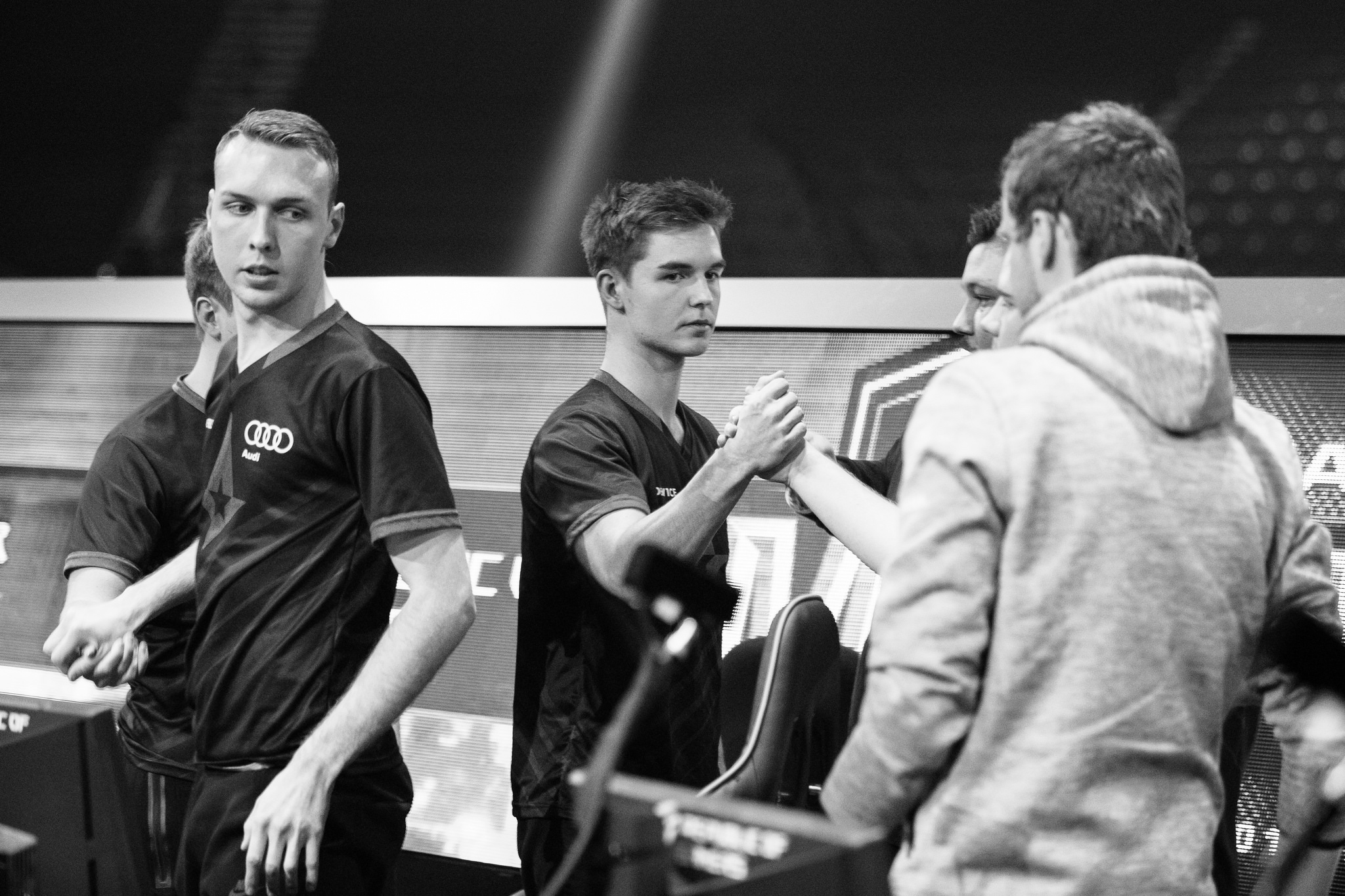 Astralis, the recently crowned ELEAGUE Major champions, flew to Las Vegas with hopes of securing another title for their trophy case in Denmark. After a down-to-the-wire grand final match against Virtus.pro two weeks prior, Astralis knew their former adversaries were hungry for blood as their winning storyline became the new headline going into DreamHack’s event. It became a test of fate as to whether or not these titans would meet for a second consecutive event.

In their initial group stage match, Astralis took down compLexity Gaming with no surprise. With this being their first offline match since the ELEAGUE Major and the first game of the entire tournament, they knew they needed to come right out of the gate strong to make a statement. They did so with a scoreline of 16-5 on Nuke, with fundamentally clean round wins throughout.

The next day, Astralis played OpTic Gaming, who seemed to be shaky due to the addition of Spencer “HiKo” Martin onto the Green Wall’s roster. Although they had a slow start on both Counter-Terrorist and Terrorist sides of their match on Nuke, the Danes still managed to muster up some momentum later on in both of their CT and T sides. Astralis ended their match against OpTic at a comfortable 16-9 scoreboard. Their 2-0 performance in the Las Vegas group stage gave them Friday off and a chance to polish up on strategies and analysis before their first playoff match on Saturday.

Astralis was able to defeat the Swedish Ninjas in Pyjamas in their semifinal match on Saturday after another swift 2-0 sweep. The first map seemed relatively easy for Astralis to win, as they gracefully defended against NiP’s seemingly uncoordinated buy round-pushes on the newly revamped Counter-Strike classic, Inferno. When the time came for their pushes, Astralis dug in and held the line. Mirage had similar results, thanks to solid retakes and defends on the A site. Overall, Mirage was a map that Astralis could read with ease as NiP’s luck in Vegas had thinned out. The Danish stars comfortably knocked out NiP with 16-6 and 16-7 finishes on Inferno and Mirage, respectively.

Lukas “gla1ve” Rossander, the talented in-game leader behind the reins of Astralis, gave us his post-game sentiments following their match against NiP. “Astralis has had a difficult time against NiP, but we came well-prepared and we knew what to expect,” gla1ve said. “Everybody performed, and when we do that, we know, we’re tough to beat. When winning the first map, we basically just needed to stick to the gameplan, and it worked well for us. We have the utmost respect for NiP, and needless to say, we’re extremely happy to win this one.”

Astralis’ fortune hit the jackpot when they realized their next opponent would be Virtus.pro following the Poles’ extermination of mousesports in the quarterfinals. With optimism burning in their hearts going into the semifinals, gla1ve mentioned the match between these two teams just a few weeks ago. “You just need to take a look at the [ELEAGUE] Major final a couple of weeks ago, then you know what kind of game to expect,” gla1ve said. “I think that mentally, we probably have the upper hand after that victory, but VP is such a good team, and we will have to perform to our best to get into the final. We are prepared, but so are they, and I expect a very close game. The audience has something to look forward to.”

Ironically, their match against Virtus.pro didn’t go as well as gla1ve expected. VP made a smart move and used Nuke as their first pick – a strong map for themselves and a weaker map for Astralis. The maps played in their semifinal rematch versus VP were Nuke, Overpass and Train in succession. On Nuke and Train, Astralis was unable to get any sort of momentum against the Virtus plow.

During their Nuke game, Markus “Kjaerbye” Kjærbye had the most frags out of the Danes with a measly 10 kills. The rest of the team lagged behind and finished with either eight or nine kills under their belts. The majority of their poor performance on Nuke can be attributed to VP being the overall better team, with Pawel “byali” Bielinski having a larger damage output than his whole team at 127.7 ADR and a 24-12 KDR. Virtus.pro had crucial crossfire shutdowns and trades on their Counter-Terrorist side, which allowed them to consistently take rounds from a scrambling Astralis. The map score on Nuke ended at 16-3.

The stars finally came alive in the night on Overpass, their primary map pick. An economically healthy Terrorist side with coordinated pushes helped Astralis take a 10-5 lead over VP in the first half of the map. Virtus.pro ended up winning the second pistol round of Overpass, but Astralis eventually answered back with confidence. After a huge retake at 11-9 on their CT side, Astralis was able to keep VP at nine points thanks to stellar performances from Kjaerbye (26-18) and Nicolai “dev1ce” Reedtz (26-11). The next five rounds consisted of rudimentary site holds and retakes to end the game at 16-9.

Astralis hoped to repeat what they had accomplished at the major over VP on Train, but the contrary happened. Virtus.pro absolutely demolished Astralis’ T side by consistently out-fragging and halting pushes with great grenade-use, allowing them to take an initial 10-0 lead on their CT side. The first half ended at 12-3 in VP’s favor and the outcome was already looking grim for Astralis. Once Virtus.pro secured the pistol round, they only needed to overcome one full buy from Astralis’ CT side to finish the act of retribution that they so desired. Byali ended Train with yet another 24-12 KDR and a slightly better 129.4 ADR.

Despite Astralis being unable to maintain consistency against Virtus.pro, they still managed to conjure up good match showcases as a team throughout their time at DreamHack Las Vegas. The Danes ended up finishing top-four next to North, who had fallen to SK Gaming in the other semifinal of the playoffs. Had they managed to find cracks in Virtus.pro’s first-half defenses on Nuke and Overpass, the semifinal between the two teams would have been an entirely different game. Overcoming the tilt from Nuke seemed to be an uphill battle when Astralis wasn’t on Overpass, their comfort zone.

Until the next time these two titans meet again, Virtus.pro will have to break the golden rule of Vegas – what happens in Vegas, stays in Vegas; and so they shall with a title in tote.