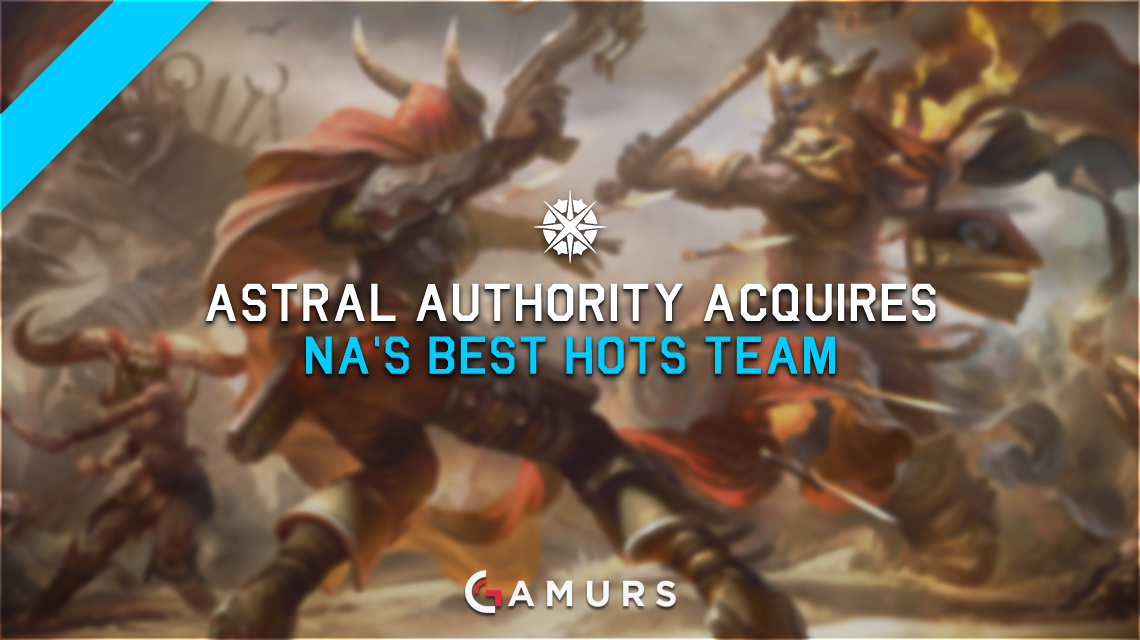 On Sept. 25, the organization announced that they were parting ways with their current HotS team, and now we know why. The roster consisting of Manny “Fury” Medina, Rori “CauthonLuck” Bryant-Raible, Harrison “Psalm” Chang, Jun “Jun” Jang and Ben “Cattlepillar” Bunk will be moving from the Murloc Geniuses to compete under the Astral Authority banner for the foreseeable future.

While competing for the Murloc Geniuses since the beginning of July, this roster boasts an impressive list of accomplishments, including back-to-back first place finishes at the first and second 2016 ESL North America Fall Regional Championship.

Morgan “Artemishowl” Kirkpatrick, the new manager of Astral Authority and former manager of Murloc Geniuses, is extremely excited about the transition from Murloc to Astral. “It’s nice to get the proper support that the players deserve to prepare against the tougher regions of the world,” Kirkpatrick said. “The future is bright right now; as Heroes esports continues to grow, the team can continue to adapt and focus on the game. With Astral Authority’s support, the players can continue to pursue their goals and dreams within the scene.”

CauthonLuck is equally excited about joining Astral, mainly due to the freedom the organization has offered his team in terms of in-game decision making. “Astral put their trust in our determination to work towards bringing NA back into global contention through our own style,” CauthonLuck said. “It was our ability to work together and devise non-standard player roles and strategies that brought us this far, and Astral’s willingness to support our vision for the team helped lead to our decision to go with them.”

To add on to what CauthonLuck mentioned, Fury said, “Astral seems to be the perfect fit for us and I’m looking forward to the future we have together.”

Finally, Jun expressed the same sentiment and looks forward to what the future holds for himself and his teammates. “I’m glad that our team was able to find an organization who is willing to support us to make sure we are in the best condition for the upcoming events,” Jun said. “I’m happy to represent Astral and be our best at BlizzCon.”

You can watch the new Astral Authority HotS team compete for the first time under this organization at BlizzCon 2016 on Nov. 4-5.

What do you think about Astral Authority’s acquisition of Murloc Geniuses? Let us know by commenting below or tweeting us @GAMURScom.