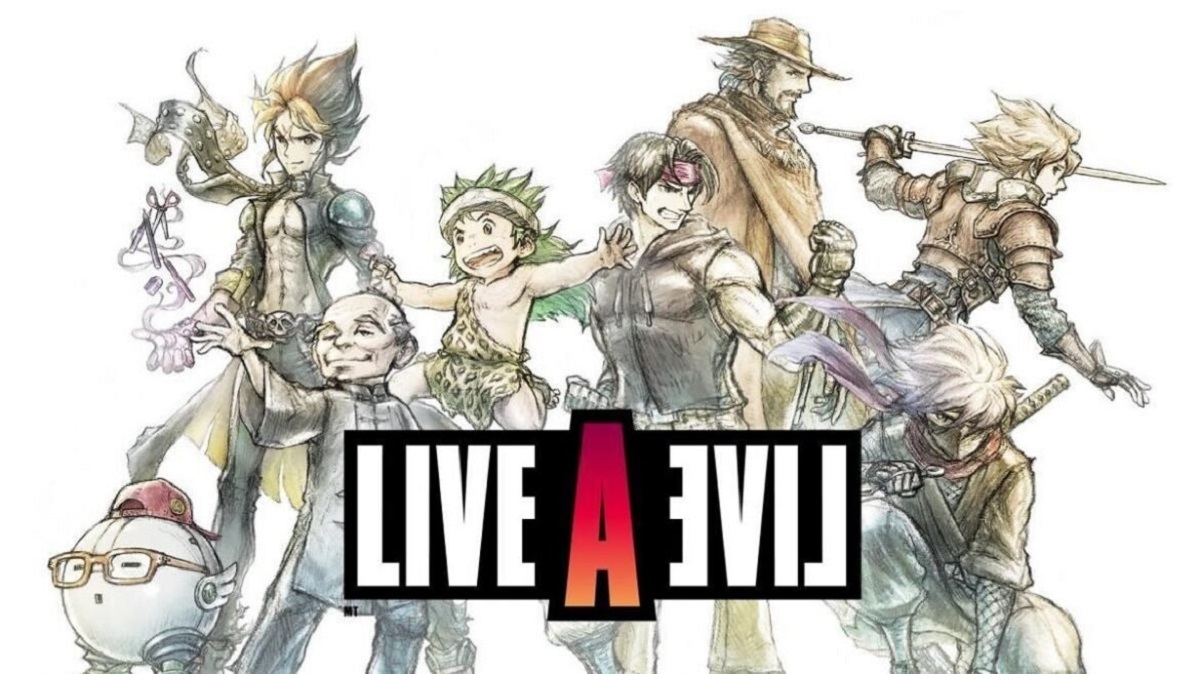 Live A Live’s Switch remake is out and the reviews are in: it’s one banger of a game. The story is diverse, spanning multiple generations, and the characters are rich and indulgent. In fact, there are a bevy of protagonists you can get to control: eight different protagonists for each of the eight chapters.

Apart from that, the supporting cast make up a ton of the playable characters in Live A Live. All in all, there are 23 different characters that are playable throughout the narratives, and we will be talking about each of them below.

Here are all the playable characters in Live A Live, segregated by the chapters they appear in.

List of all the playable characters in Live A Live

Chapter One – Prehistory: The First

Pogo acts as the protagonist of The First chapter in Live A Live. He possesses an energetic and youthful disposition. Players will learn more about Pogo through his actions alone since he lives in a time before the invention of language. During The Final chapter, Pogo can be recruited hidden in the trees, in Lucrece. He can be recruited without fighting if you chose Lei Kugo as your starting character.

Pogo’s gorilla friend, Gori makes his way into The First chapter as a party member. Gori constantly messes around with Pogo, and consequently gets beaten up. Gori is extremely helpful to Pogo and a very loyal friend, but won’t pass up an opportunity to cause some mischief.

Bel is a youthful and attractive cavewoman that assumes the role of a party member during The First chapter. Bel acts as the archetypal damsel in distress for most of her appearances in the game. She is shy towards Pogo and Gori at first, but slowly warms up to them over time, while then developing feelings for Pogo after he rescues her.

Zaki acts as a party member you recruit briefly during The First chapter. He is a member of the Ku Tribe who often abducts females such as Bel to sacrifice to the final living dinosaur. Zaki only briefly joins the party for the fight against O-D-O, hence, you cannot gain experience points with him, making it unable for Zaki to level up.

Acting as the protagonist for The Successor chapter, The Earthen Heart Shifu is a very old man who is searching for an inheritor to his Earthen Heart Kung Fu technique. Shifu rarely ever gets upset and is always calm and honorable. He is a firm believer in using Kung Fu only for self-defense, and never for killing.

Hong Hakka is one of the main characters in The Successor chapter and a possible inheritor of Shifu’s dojo as well as his Earthen Heart Kung Fu, along with Yun and Lei. He represents the martial arts of the body, but ironically, was not proud of his body at first. Hong is insecure but very kind, and gains confidence in himself over time.

Lei Kugo is one of the main characters in The Successor chapter and a possible inheritor to Shifu’s dojo as well as his Earthen Heart Kung Fu, along with Hong and Yun. She represents the martial arts of the spirit, but ironically, starts off as tough and short-tempered. Over time, she learns to tame her temper and envious nature, turning peaceful and kind.

Yun Jou is one of the main characters in The Successor chapter and a possible inheritor to Shifu’s dojo as well as his Earthen Heart Kung Fu, along with Hong and Lei. He represents the martial arts of the mind, but ironically, proves to be of weak mental prowess. Over time, he sheds his meek demeanor and grows a strong and confident personality.

The protagonist of The Infiltrator chapter, Oboromaru is a ninja of the Enma Clan that hasn’t even finished his training but is sent on a mission to rescue a politician from the power-hungry Ode Iou. While he is goal-oriented, he prefers not to kill if there is no need to.

The Prisoner, Sakamoto Ryoma, acts as a party member in The Infiltrator chapter. Sakamoto is the politician captured by Ode Iou, who Oboromaru is seeking to rescue. While Sakomoto is of grandiose stature in Japanese politics, he is seen to be quite the goof throughout his appearances in the story. He doesn’t see the point in fighting and wishes to unite Japan under peace.

The Mimic Mammet appears as an optional party member in The Infiltrator chapter. It is a robot designed by Clockwork Gennai who was given the same appearance as Oboromaru after he gave it the Mainspring. Since it is a robot, it doesn’t possess much of a personality; however, it is deathly afraid of mice, and coming across one makes it attack Oboromaru.

Also known as Sundown, The Sundown Kid is the protagonist of The Wanderer chapter. After the events that took place in his hometown, this cowboy set a bounty on his own head and is looking forward to his own death. Not much is known about Sundown, other than the fact that he is reserved and stoic.

Mad Dog makes his appearance as a party member in The Wanderer chapter, who acts as a bounty hunter as well as Sundown’s rival. Mad Dog is loud but firm and to-the-point, in contrast to Sundown’s quiet composure. He is on the constant hunt for Sundown ever since his bounty was made public but usually ends up getting beaten.

Masaru Takahara acts as the protagonist of The Strongest scenario. He holds great ambitions and has the ultimate goal of becoming the strongest man in the world through a global fighting tournament. Masaru is hot-blooded but has a strong sense of justice. He is shown to be quite emotional while holding a lot of respect for his elders and superiors.

Chapter Six – The Near Future: The Outsider

Akira Tadokoro acts as the protagonist of The Outsider chapter. He and his sister are orphans that currently live at the Bright Sparks Orphanage. Akira is lazy and laid back, but also has a short temper. That being said, he is often seen being kind to the people around him. He is a serial procrastinator when it comes to things he doesn’t deem important.

Lawless, whose real name is Matsu, is one of the party members from The Outsider chapter. Being a biker that sells Taiyaki in the local park, he also happens to be dating Taeko and is Akira’s best friend and elder brother figure. Contrary to his appearance, Matsu is calm, collected, and loving, but will not hold back when his loved ones are in danger.

Taroimo “Taro,” once known as Tarokichi, is a party member from The Outsider chapter. He used to be the pet turtle of the Chibikko House, which was before Dr. Teori turned him into an android. Taro doesn’t show much of a personality or intellect, since he is still a turtle in essence, but is always grateful and loyal to those he cares for.

One of Kato’s only successful creations, Cube acts as the protagonist of The Mechanical Heart chapter who eventually becomes a member of the Cogito Ergo Sum’s crew as a worker robot. Cube lacks the ability of speech, but is seen to be kind, caring, and protective. He is eventually considered to be just as human as the rest of the crew.

Captain Square is the main character in the minigame present in The Mechanical Heart chapter, where you travel through nine planets of the solar system to fight an array of different enemies. At one point of time during the chapter, the game gets corrupted, replacing Captain Square with Cube.

Chapter Eight – The Middle Ages: The Lord of Dark

Oersted acts as the protagonist of The Lord of Dark chapter, a knight that was sent on a mission to rescue princess Alethea. Oersted starts off as your typical silent protagonist; on his journey, however, after a series of unfortunate events, he starts walking down a path unforeseen by him, as well as everybody around him.

Streibough acts as one of the party members in The Lord of Dark chapter. He is a mage and a close friend of Oersted, appearing to be a calm but powerful sorcerer, albeit holding some mysteries initially unknown to the public.

Uranus acts as one of the party members in The Lord of Dark chapter. He was a monk hailing from the Kingdom of Lecrece who turned into a hermit after Hasshe abandoned his duties as the hero. Uranus is shown to be calm and non-violent, but soon returns to his demon-slaying ways once reminded of his duties.

Hasshe acts as one of the party members in The Lord of Dark chapter. He turned into a hermit after abandoning his duties as a hero from the Kingdom of Lecrece. Like Uranus, Hasshe gives up being a hermit and returns being a demon-slayer after Hasshe calls him out on his lack of faith in people.

The playable characters in the Final Chapter are ones that were already playable in previous chapters: