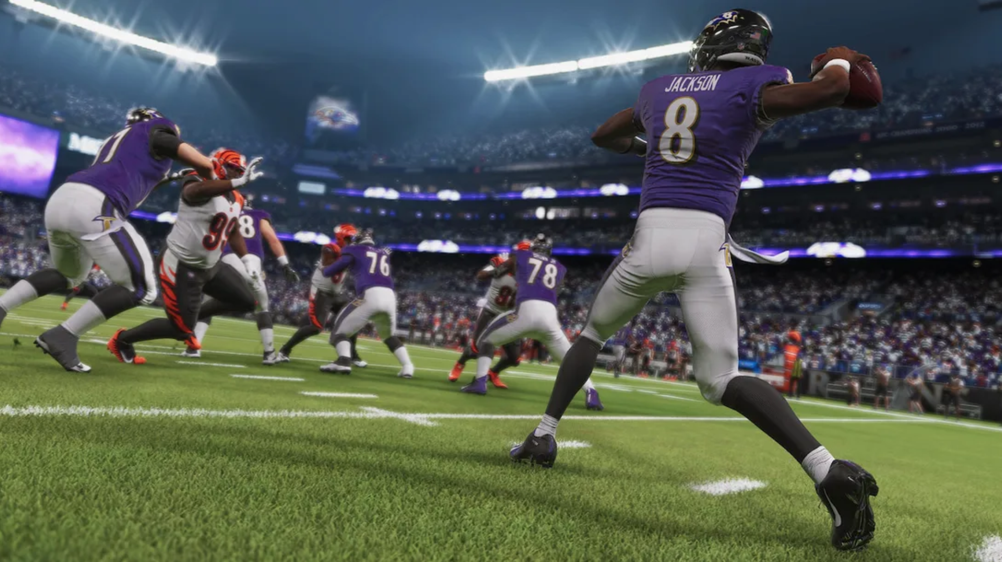 Quarterback is arguably the most important position in the game of football—and that’s no different in Madden 21.

We’ve composed a list of the current ratings of all the starting quarterbacks in Madden 21. For the top-five rated quarterbacks, we’ve broken down the specific ratings on each of them that make them so special.

Unquestionably the best quarterback in football and in Madden, Kansas City Chiefs QB Patrick Mahomes maxes out at a 99 overall player rating. He’s the only quarterback with a 99 rating and one of just six players right now with the maximum rating, which includes his teammate at tight end, Travis Kelce.

He has the highest ratings of the quarterbacks for Throw Power, Throw Under Pressure, and Throw On The Run. He’s also in the high 90s for Play Action, Awareness, Toughness, and Accuracy or Short, Medium, and Deep Throws. No other quarterback has the same elite mix of elusiveness, playmaking ability, throwing power, and accuracy.

Tom Brady has shown no signs of slowing down, as evidenced by this past season where he won a Super Bowl with the Tampa Bay Buccaneers. His 96 overall rating is impressive, but it’s even more impressive when you note that he started as just a 90 overall when the season began. As the season progressed, and it became clear he hadn’t lost a step, his rating rose back to the elite level.

At 43 years old, Brady still has the highest ratings for Stamina and Injury, as well as Play Action and Short/Medium Accuracy, making him one of the most reliable options at quarterback. His only shortcomings appear when it comes to athleticism and pressure, with drastically lower ratings for Speed, Agility, Break Sack, and Throw Under Pressure compared to the other top quarterbacks.

While Aaron Rodgers’ status with the Green Bay Packers is still in question, his status as a top-rated quarterback in Madden 21 is unquestionable. Like Brady, his rating improved as the season progressed since he started as low as an 89 when the game launched.

While not categorized as an “athletic” quarterback, Rodgers is able to hold his own in those categories, not falling too far behind the other quarterbacks in that class. In throwing categories such as Throw Power and Throw Under Pressure, he ranks second behind outlier and possible alien Mahomes and even surpasses him on Deep Throw Accuracy with a 95. Outside of Mahomes, the reigning NFL MVP could easily be considered the best all-around quarterback.

Wilson is easily another candidate for best all-around quarterback in football and in Madden 21 outside of Mahomes. The quarterback for the Seattle Seahawks is one of the most athletic options at the position, with high ratings for Speed, Acceleration, and Agility.

Russ is more than capable of throwing the ball as well, with 90s in Throw Power, Throw Under Pressures, Accuracy for all ranges, Play Action, and Throw on Run. With his mix of athleticism and throwing prowess, opting to let Russ cook is a gateway to success in Madden. But as athletic as he is, there’s one quarterback who’s even more electric when he runs…

The former MVP for the Baltimore Ravens is by far the fastest, most elusive athlete at the quarterback position right now in football and in Madden 21. The current cover athlete dominates the categories for Speed, Acceleration, Agility, and Break Sack. His ball carrier ratings are leaps and bounds ahead of any other quarterback, including Vision, Spin Move, and Juke.

But while his throwing ratings are lower than some of the other top quarterbacks, they’re still more than serviceable and quite high in some instances—92 Throw Power, 91 Throw Under Pressure, and 93 Throw on the Run. The only noticeable dip compared to the other top quarterbacks comes in Medium and Deep Throw Accuracy, where he falls to 84 compared to the 90+ ratings seen from the others.

The full list of overall quarterback ratings for Madden 21

This list includes the highest-rated quarterback on each team, from highest to lowest. This is based on the most recently updated ratings and doesn’t take into account real-life trades, free agent signings, and retirements that took place after the season ended.