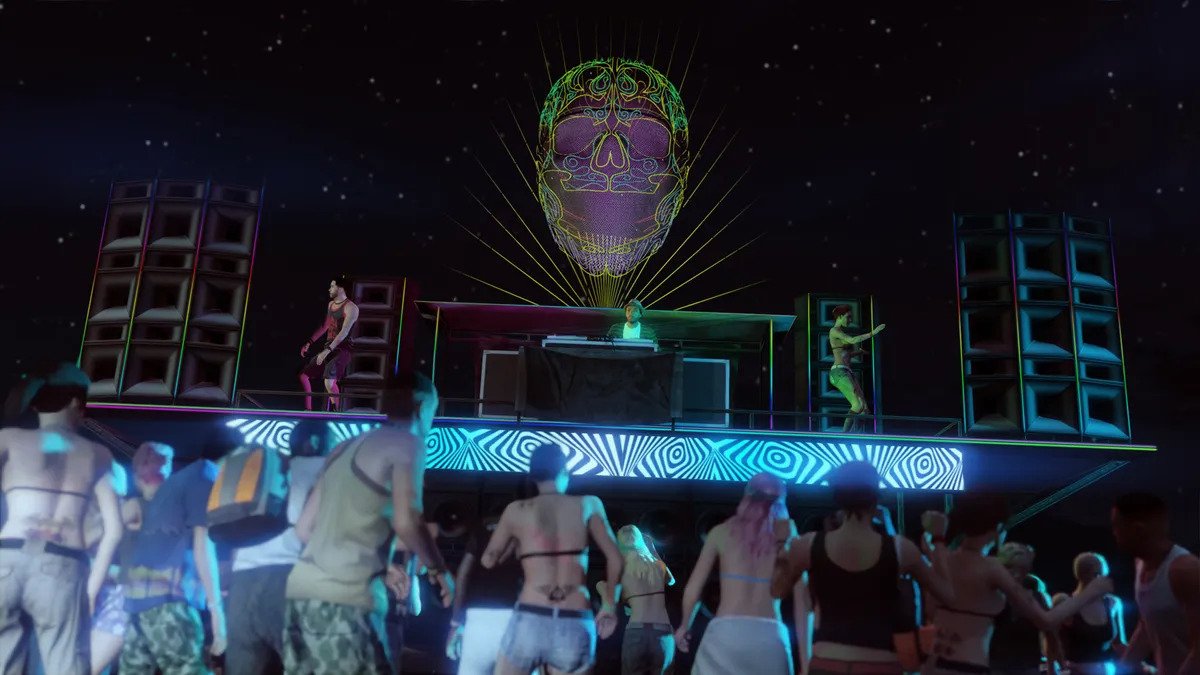 Nightclub Management is a series of missions in GTA Online included in the After Hours update. To access these missions, players need to finish the initial setup of their club first. Following this, access to the management computers is permitted. These can be used to increase the popularity of the nightclub.

To increase the popularity of the nightclub, the player must consistently complete club management quests. To do these quests, players have to complete the Promote Club missions.

To start these missions, players need to select the Promote Club option from the management computers and select the job of their choosing. These jobs can be posted by any of these three NPCs:

After selecting the required job, players will have to wait for a call from the respective NPC. Once the call arrives, players have the option to accept or reject the job. Accepting and completing these jobs will provide players with a variety of rewards.

These jobs can either be easy or difficult based on the mission involved. Some missions involve interference from enemy gangs and other enemies, making them more troublesome, but providing better rewards in the end.

These are the missions that each NPC provides.

The resident DJ English Dave will call the player while they are outside the club not otherwise engaged in a free-roam activity. There are no time limits and rewards are substantial.

In this mission, players are tasked to bring the DJ’s friends to the club via helicopter. There are a total of three friends to pick up and one of them is afraid of heights, making the mission a little more challenging. Maintaining an altitude of under 250ft is the only way to solve this problem.

To make sure the mission goes off without a hitch, the minimap has a height indicator to alert the player if they are flying too high. This coupled with a panic level indicator gives players enough of a hint to know how well the mission is going.

This mission tasks players with recovering stolen vinyl that was taken from the DJ. They are being used in a private party taking place on the Dignity. To get the vinyl back, players need to go to a beach where two Seasharks are ready and waiting.

Following this, get aboard the Seasharks and attack the yacht to recover the vinyl. This won’t be easy because there will be opponents armed with weapons to stop the player. Once this is accomplished, players can escape via the Sea Sparrow moored right outside the yacht.

This mission follows the previous friends’ mission by now rescuing the DJ’s friends from trouble. It is a pretty straightforward mission because players have to simply go to the location and take out all the enemies. After they are all disposed of, the friends can be returned to the club to complete the mission.

The final mission involves the player getting new equipment for the DJ and his booth. In this job, players have to acquire a vehicle full of musical equipment and bring it back to the DJ. This mission will also have resistance, this time in the form of Merryweather Security. After they are all taken care of, the rest of the mission is easy to complete.

The sleazy radio host re-emerges after being put to shame and this time he’s offering rewards in exchange for specific nightclub activities. These missions will all be done using Tony Prince’s Patriot Stretch.

Lazlow tells the player to collect two of his VIP friends and bring them to the club. Each of the VIPs is present in a different location and players will have to go to both points to collect them. After collecting them, there is a time limit of 20 minutes to deliver them to the club. Upon completing the mission within the time limit, rewards will be provided.

This mission involves the player collecting two celebrities from different locations and bringing them to the club. The first one might be a little challenging because the celebrity may be posing for the paparazzi. If that is the case, upon collecting the celebrity, the paparazzi will chase the player and they will have to lose them, either by dodging them or using more violent measures.

Upon losing the paparazzi, simply go to the next location to pick up the other celebrity and bring them both to the club to complete the mission.

In this mission, players will have to locate the celebrity that Lazlow will provide a lead on. He will send Snapmatic images to the player which will need to be deciphered to find the celebrity’s exact location. After finding the first location and going there, the celebrity shifts to a different location.

The final mission of Lazlow’s job involves finding a celebrity that is being arrested and saving them from it. In this mission, players will have to travel to the location where the celebrity was last seen. After finding the celebrity, players will notice them being loaded into the Police Transporter vehicle.

Players will then need to fight off the police and take control of the Transporter. They must then lose their wanted level and get the vehicle to the club, dropping them off and ending the mission.

The flamboyant nightclub owner from GTA IV makes his appearance once again in GTA Online. Each one of his missions provides a cash reward and RP. The bulk of the varied club management missions will be given by Tony.

In this mission, players need to take Tony’s Buzzard and fly to several locations marked on the map. There are eight areas in total and players are given 20 minutes to drop flyers in each of these marked locations. The Buzzard must also maintain an altitude of 175ft – 600ft so the airdrop can be performed.

Unlike the other missions where players have to collect celebrities or friends of the NPC, players have to now poach clients and other clubbers from rival clubs across the city. A total of two clubbers need to be picked up from two different clubs each using Tony’s Schafter V12. This mission has a time limit of 20 minutes to complete as well.

In this mission, players have to deliver supplies back to the club. Players will have to use their vehicle to travel to a selected location and interact with a Mule that has the supplies. Collect the Mule filled with bottles of champagne and head back to the club within 20 minutes to complete the mission. Beware the fragility of the cargo and drive carefully so that the bottles don’t break.

This mission will have players take out a total of four Benson supply trucks in 20 minutes to complete successfully. These vehicles are driven by rival gangs, the Los Santos Triads are using these supplies to refuel Bahama Mamas. Each of the trucks can be taken out by any means necessary.

Tony requests the player to promote the club using posters. He will give the player a bag of fly-posters to be placed at eight different locations around the city. These posters promote the DJ and can be posted on rival clubs as well. This will bring in cash rewards and a boost to popularity upon completion.

Continuing from the previous mission, Tony now needs the DJ to be promoted further and none requests the player to do so by playing his music through a blimp. Players must take control of the blimp and fly it over three different promotional locations while playing the DJ’s music along the way. Once enough interest is garnered at one location, players can move on to the next.

There is a total of 20 minutes given to the player to generate enough interest in each of the three locations before the mission can be marked as completed. Beware the resistance that may pop up during this time.

After stealing all those supplies, it looks like this time Tony’s supplies have been stolen. Players are requested by Tony to get the supplies back and are given a time limit of 20 minutes to do so. Players will need to first locate the truck and then attack the local gang that stole the supplies. After eliminating all of the opposition, the truck must be recovered and returned to the club.

The gang members will not take this lightly, however, and will attack the player on their way back to the club. Make sure all threats are taken care of before heading back to the club and dropping the supplies back.

The final mission that Tony gives players involves scaring off some construction developers that are looking to leech off the popularity of the location that his club has garnered. To scare them off for good, players will have to take a bat to the developers’ vehicles that are parked at four different locations around the city.

This mission has a time limit of 20 minutes and players will be provided a bat if they do not have one already. Once players arrive at the location, it should not be too difficult to find the developers’ cars since each of them is personally customized. To make matters easier, these are what each vehicle looks like:

Each car will be protected by bodyguards and they must be scared before the cars can be damaged. Killing too many of them will fail the mission, so exercise caution. Upon taking care of all of them, players are free to take their bat to the vehicles.

Each vehicle has a damage meter to indicate how much damage needs to be done to the vehicle for the mission to be completed. Upon damaging all four of the cars enough, the mission will be complete.

Along with these, there are two new club management missions coming out imminently in the Criminal Enterprises update, so stay tuned for more.