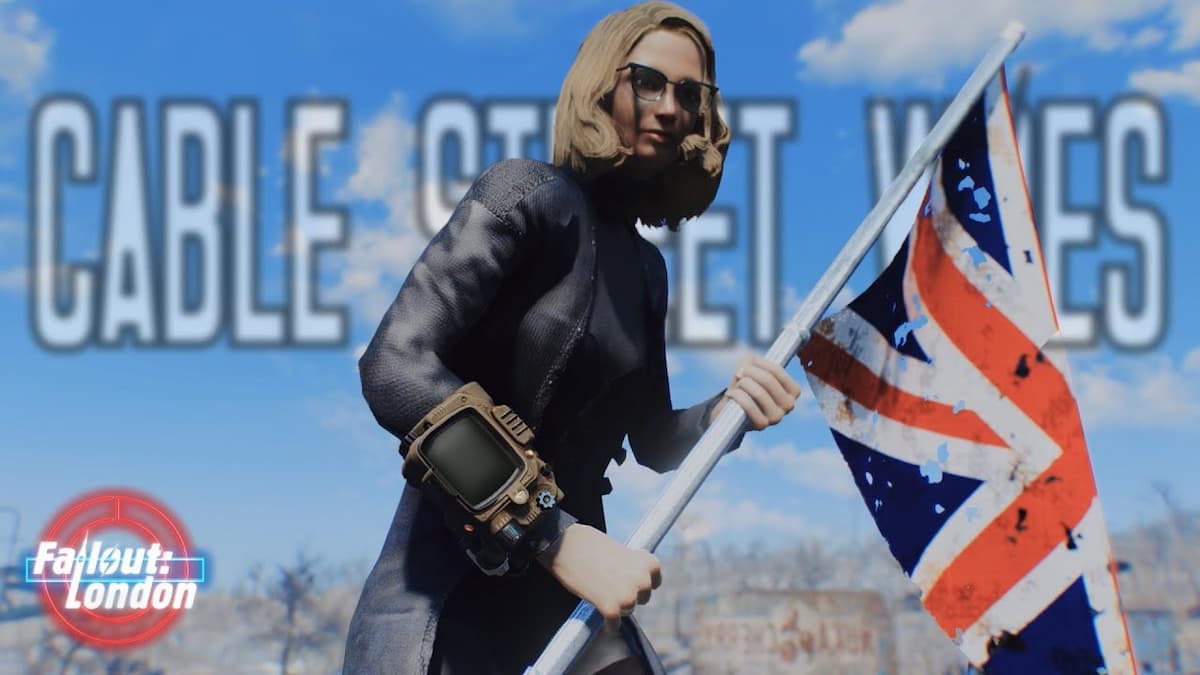 The Fallout 4 creation kit, like Fallout 3, allows players to make new quests and mods that Bethesda can feature on Bethesda.net. It was designed mainly to allow players to add smaller bits and pieces to the game, without affecting too much of the vanilla game. While the smaller mods are great and fun to use, some modders saw an opportunity for a much larger scale.

Several modders immediately took advantage of the mod’s ability to let players customize entire environments. In some mods, such as Project Mojave or Capital Wasteland, Fallout 3 and Fallout: New Vegas are recreated and improved with Fallout 4‘s engine and graphics. Other players created entirely new games and places using the engine, such as Fallout: London.

Although the Fallout games don’t really discuss what happened to the survivors outside of the US, Fallout: London hopes to show what the game would be like if players could see what happened in the UK’s capital. Like many other Fallout games, the featured city is smaller and only features a few notable boroughs, but it’s close enough that the town is still recognizable. Creators have finally revealed some assets in Fallout 4, but you can add these smaller assets to your existing game as preparation.

Below are all of the assets released for Fallout: London.

While the Dardick Tround may not look like much, it’s a nice petite weapon. It lacks initial cosmetic appeal but makes up for that in modifications. Depending on what you add to it, this handgun could be the best weapon in the game. You may start with this small weapon that wouldn’t intimidate a child, but you can turn it into a rifle if you devote enough work to it.

The Luger is often thought of as a German weapon, mostly because that’s what Germans used in World War 2, as well as being the weapon of choice for a majority of the Officers and German spies in spy movies. However, London would most likely have some lying around because people come to the city from all over. Lugers are extremely popular weapons, and most players will recognize a Luger once they see one. The mod gives players an authentic-looking P08, Navy, Artillery, and Carbine options.

A Webley 1913 is modeled after the real version of the weapon, which is as British as you can get. This isn’t the Webley that James Bond often uses, but it looks enough like a Luger that you can start to build a collection from the mod. While you can modify the weapon a bit on the workbench, you can’t do much, because the mod only comes with this model.

After all of those spy-like pistols, you’d think the London mod wouldn’t let players use some real weaponry. That’s where the EM 2 Rifle No.9 Mk1 comes in. Players must be at least level 20 and finish a quest to earn the weapon, but it’s well worth the trouble. The EM 2 Rifle is exceptionally beautiful, and looks far better than any other weapon found in vanilla Fallout. Even without the mod, we love how well these modders can make weapons.

It wouldn’t really be fallout without some form of laser weapon. The M72 Gauss Rifle acts as the laser rifle for Fallout: London without any real lasers. Even though it looks like it shoots out some form of ray, and the bullets appear light blue as they come out, it’s not a ray gun. Instead, electromagnetic energy is used to propel bullets at tremendous speeds. So while it’s not a laser weapon, it looks, acts, and punishes like one.

This knight armor was made for the junkies of London. Raiders of Fallout normally wear football-type armor, because that’s what’s common to find in the United States. The modders decided that where American raiders used a football uniform to model their armor, the junkies of London would try and model their armor after knight’s armor. The armor comes in light, medium, and heavy variants, so players can use it regardless of their preferred armor style. The helmet is one-size-fits-all, and will not change based on the chosen armor variant.

One thing that the developer felt the need to point out is that the armor isn’t going to look like it’s very protective. The modders recommend that players use under armor just because of the lack of armor in the suit. The torso is almost completely covered, while the bottom is a short skirt that barely goes farther than the groin.

Cable Street Woes is an incredibly well-designed armor for players who want a mix of sci-fi with their medieval armor. The outfit looks like it was designed for Black Widow of the Avengers rather than a Fallout mod. There are different variants of the look, but it mostly changes the vest that comes with the outfit. While the armor is designed for both men and women, it does not look any different on either gender, so don’t expect a more masculine version.

This is the biggest pack of the group and comes with plenty of iconic armor and apparel. The uniform of the Royal Guard is the first thing that stands out. As with those who guard Buckingham Palace, the Royal Guard wears a red uniform, and wears a tall bearskin hat. The bearskin, made of bear in real life, is made out of Yao Guai in Fallout: London. It suggests that the uniform was made recently instead of being a remnant of the past, since Yao Guai were created after the nuclear war altered the DNA of many animals. The uniform comes in three styles (light, medium, and heavy), so anyone can use it regardless of their armor choice.

There’s also the Royal Guard box which helps the aesthetic if you make your followers or those in your settlement who defend it wear the uniform. This mod came with the workshop menu, so you will have settlements to defend and support in the mod.

Finally, there’s a Tenpenny Airlines pilot uniform. This is supposed to match with an airplane mod introduced by modders, which looks pretty authentic.