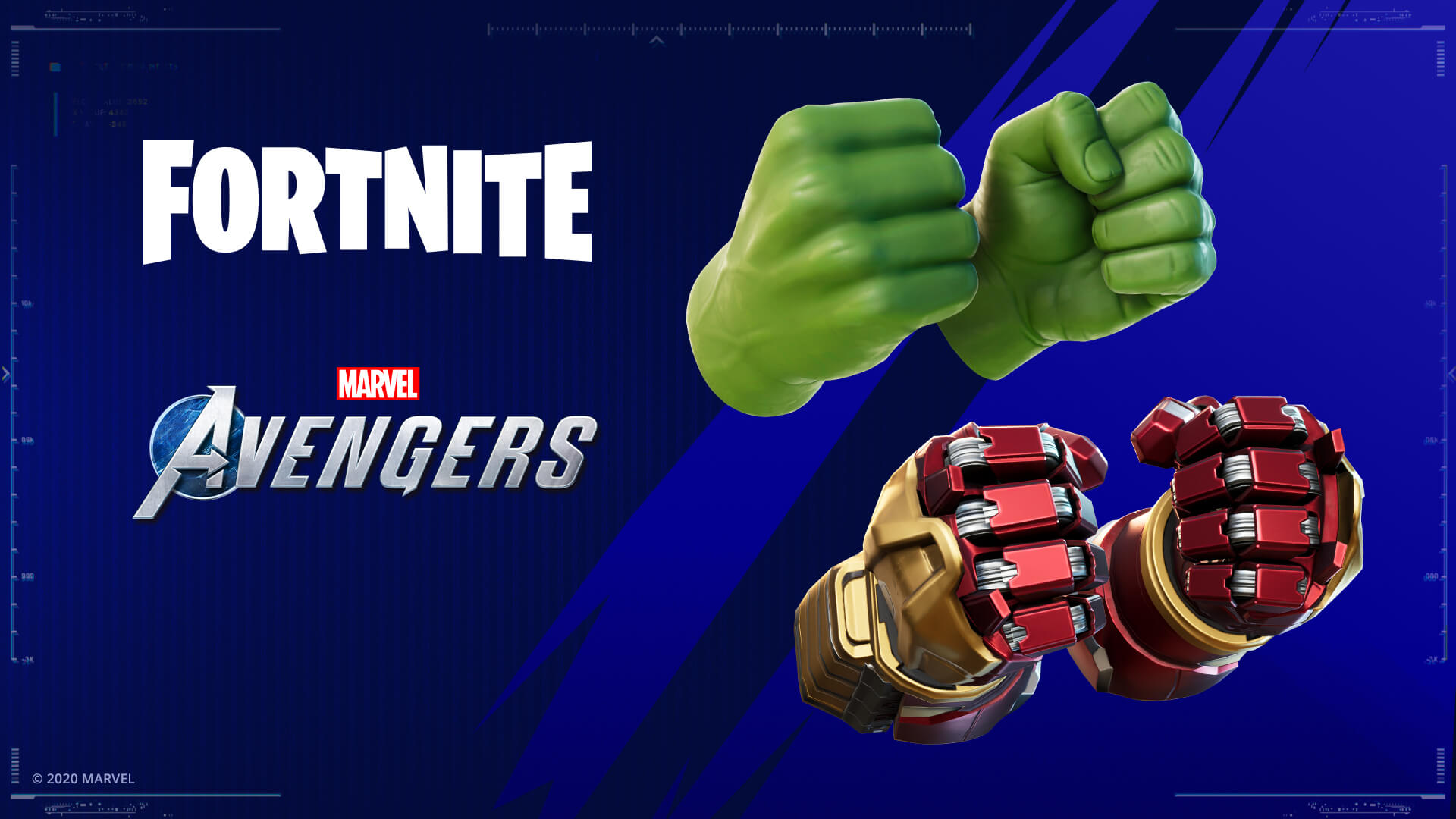 The partnership between Epic Games and Marvel has brought another awesome addition to Fortnite—the Hulk Smashers Pickaxe.

The Hulk hands come with a second style, too, kitting them out in the Hulkbuster Iron Man armor. The hands will be used to smash anything in their path, just like the Hulk would do in Fortnite.

To earn the pickaxe, players must complete three HARM Challenges in the Marvel's Avengers beta on PlayStation 4 or Xbox One. This offer doesn't extend to PC, however.

Players will also have to link up their console, Epic, and Square Enix accounts. The betas end on Aug. 23, but Epic said the pickaxe will be made available in the item shop "at a later date."

Previously, Marvel and Epic have teamed up for various outfits like skins for Captain America and Black Widow, along with the Infinity Gauntlet limited-time mode.

The Marvel's Avengers beta begins on Aug. 7 for PS4 pre-orders and Aug. 14 for Xbox One pre-orders. Aug. 21 is the start date for the open beta.