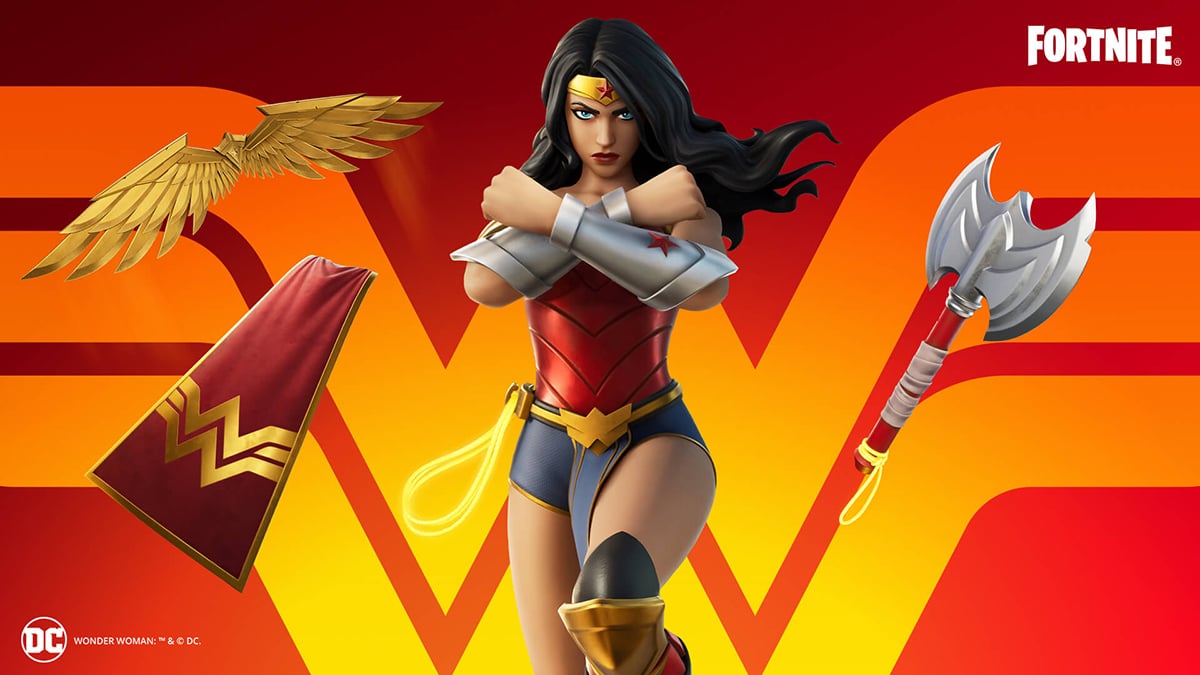 Another member of the Justice League is making their way into Fortnite during Chapter Two, season seven.

A Wonder Woman skin will be available within the Fortnite Item Shop on Aug. 19. If you don’t want to spend your hard-earned V-Bucks on the skin, you can instead attempt to win it via a special tournament being held in-game on Aug. 18.

The skin bundle will also include a special Armored variant of Wonder Woman. Players who participate in the Wonder Woman Cup tournament will receive a special Honorary Amazons loading screen as well, which is separate from the one included in the Item Shop bundle.

The exact price for the Item Shop bundle is, of course, yet to be revealed. They normally cost around 2,400 V-Bucks, which is roughly $25, so don’t be surprised if there’s a similar price for this skin.

Wonder Woman’s inclusion in the game shouldn’t be all too surprising. Fortnite is committed to featuring crossovers with other franchises and Epic has also been adding a lot of DC skins lately.

Bloodsport and Superman were just introduced to the game recently, meaning it was really only a matter of time before Wonder Woman joined the action as well.