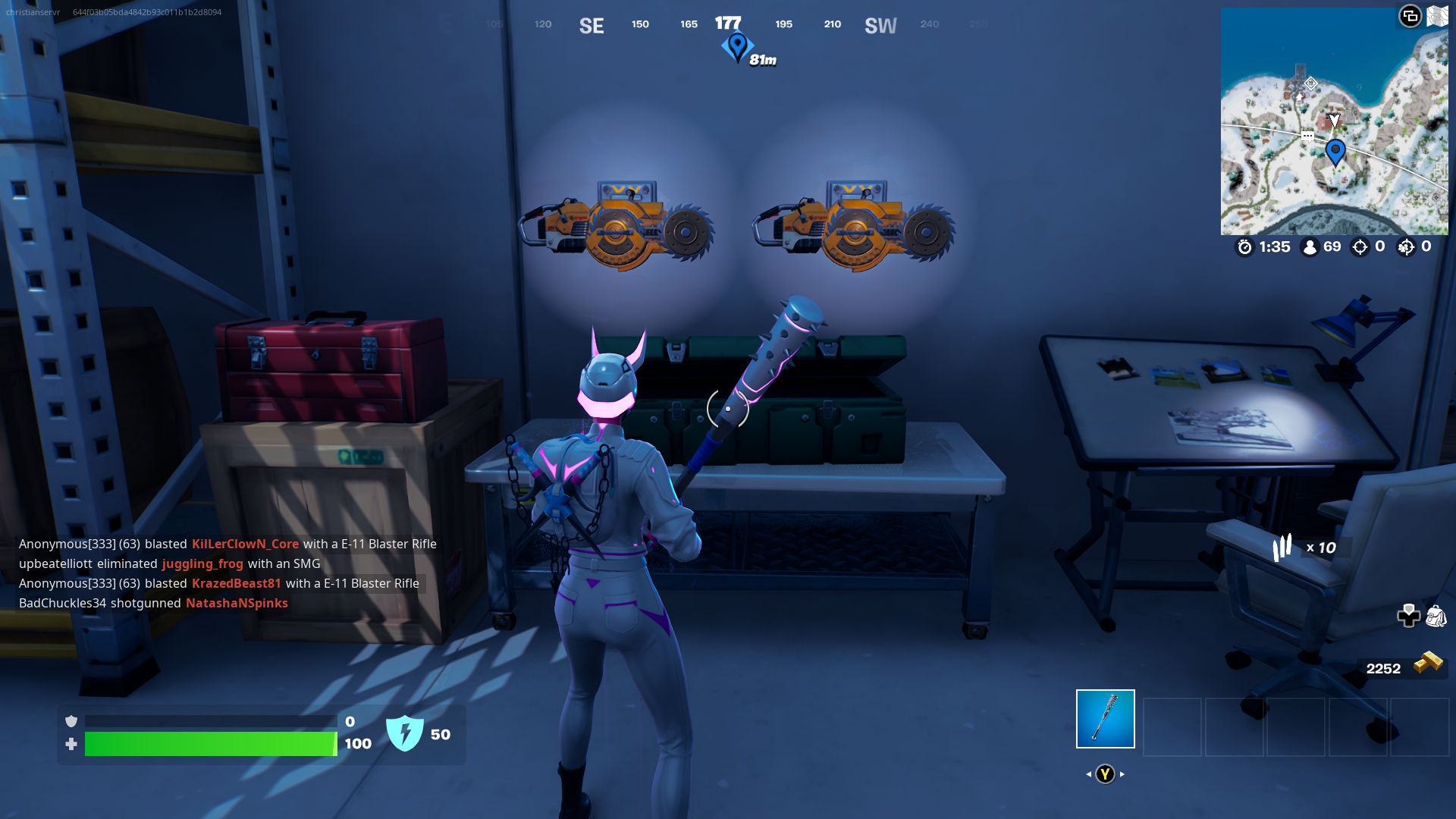 Fortnite is always adding new guns and tools for the player to use in Fortnite.

After being shown in the Chapter Three, season three trailer, everyone knew a saw blade launcher would be coming to the game soon. Now that the Ripsaw Launcher has been released in Fortnite, many players are eager to find one.

Here is where to find the Ripsaw Launcher in Fortnite.

Where to find the Ripsaw Launcher in Fortnite

To find the Ripsaw Launcher, you’ll need to head slightly northwest of Logjam Lumberyard and find the Chop Shop factory. The Launchers will be hanging on the wall and players can pick one up and begin firing. There are currently six Ripsaws located in the factory.

Currently, the Ripsaw holds 12 shots and can be charged up to deal extended damage to structures and enemy builds by continuously sawing in a straight line. The Ripsaw Launcher does 25 damage to buildings, 60 to players, 90 for a headshot, and 100 to vehicles. The player can charge the launcher for a few seconds and the blade will continuously cut in a straight line for 10 seconds.

The factory that the new launcher spawns in is new to the most recent update, previously shown by a foundation and wood structure. It seems that construction has been completed and this is a new factory that processes wood with the Ripsaws. Currently, this is the best place to find the Ripsaw as they are guaranteed to respawn with each match.

This works great for structures and cars, which usually need more than a couple of shots before they crumble. It will be especially interesting to see how this affects all the players who have gotten used to building wild structures.