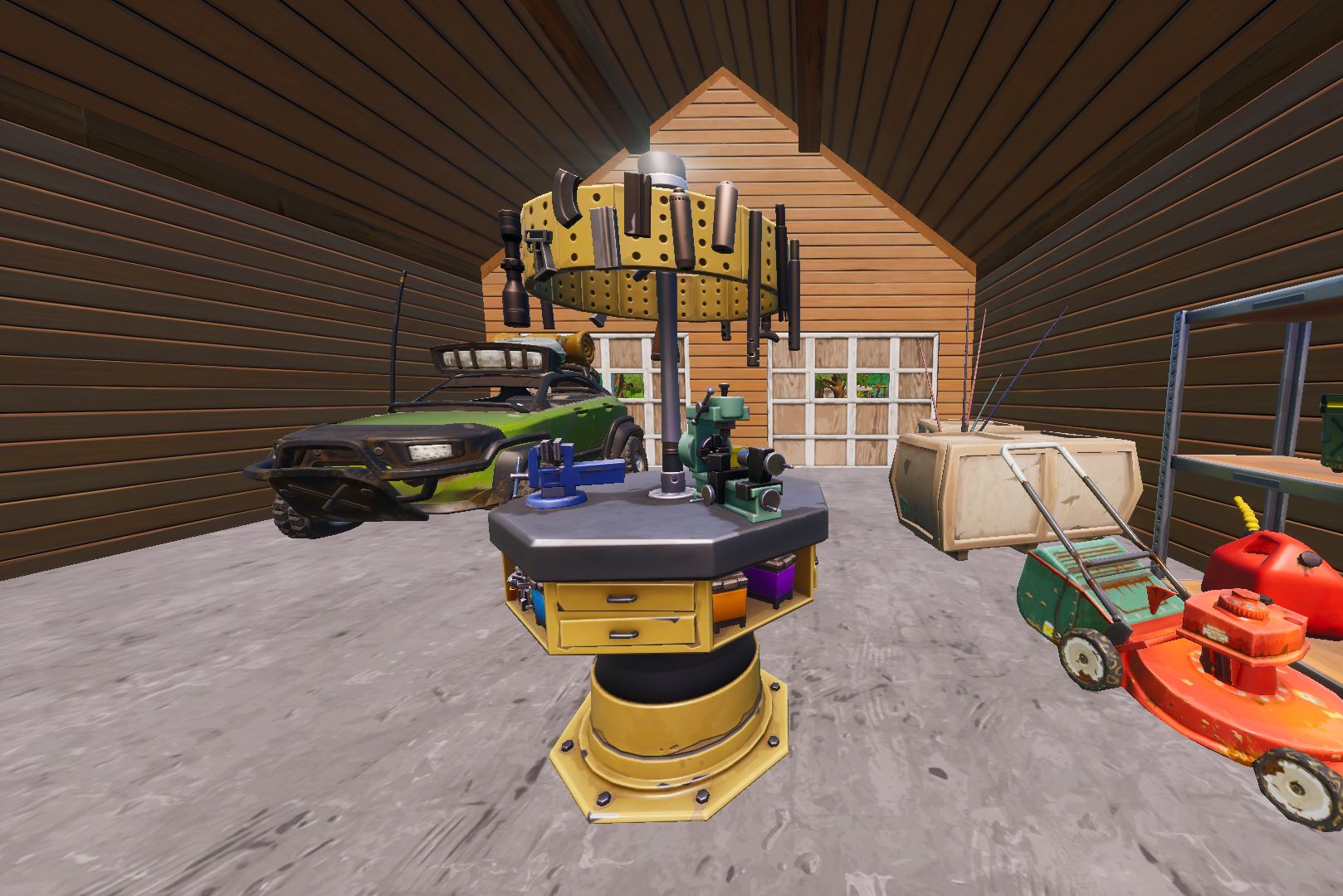 The mid-season update 13.20 went live earlier today with an interesting take on the Upgrade Benches by Epic Games. Upgrade Benches were scattered around the map and allowed players to upgrade their weapons to the next level of rarity, alongside side-grading them to different weapons. The bench needs different amounts of materials for each level of upgrade, and until today there were only a set number of benches available for players.

The patch 13.20 added portable Upgrade Benches to the game, which players can find from Loot Chests, LLamas, or randomly throughout the map. Using a portable Upgrade Bench from your inventory will initiate a setup process that will end up in a functioning bench that you can upgrade your weapons in.

Breaking down pre-existing Upgrade Benches destroys them and awards you with the portable version of the item. You can also tear down the Benches you set up, once you’re done upgrading, and pick them up for another upgrade later.

It takes a couple of seconds for an Upgrade Bench to build, so make sure to plant it somewhere safe or prepare to stand your ground. Try not to build it right on top of your feet since you can get stuck if you don’t move out of Upgrade Bench’s way, and you’ll need to break it to get out.

Before the update, running into an Upgrade Bench was considered as a lucky moment by casual players. In contrast, professional players planned their looting routes around Upgrade Bench locations to take advantage of them.

The change will be useful to give more freedom to players in terms of their looting patterns and play style, considering they won’t need to limit their moving area to use an Upgrade Bench.

Though you’ll randomly run into Upgrade Benches while you’re looting, mainly in Loot Chests, there are specific locations around the map that come with pre-existing Upgrade Benches.

This video also showcases the most, if not all, Upgrade Bench locations in Fortnite Chapter two, season three.

You can even find Upgrade Benches in the very corners of the map and destroy them to have your own portable bench that you can use later in the game.