Where to find all 3 gnomes at Sweaty Sands in Fortnite Chapter 2, season 5 - Dot Esports
Skip to content 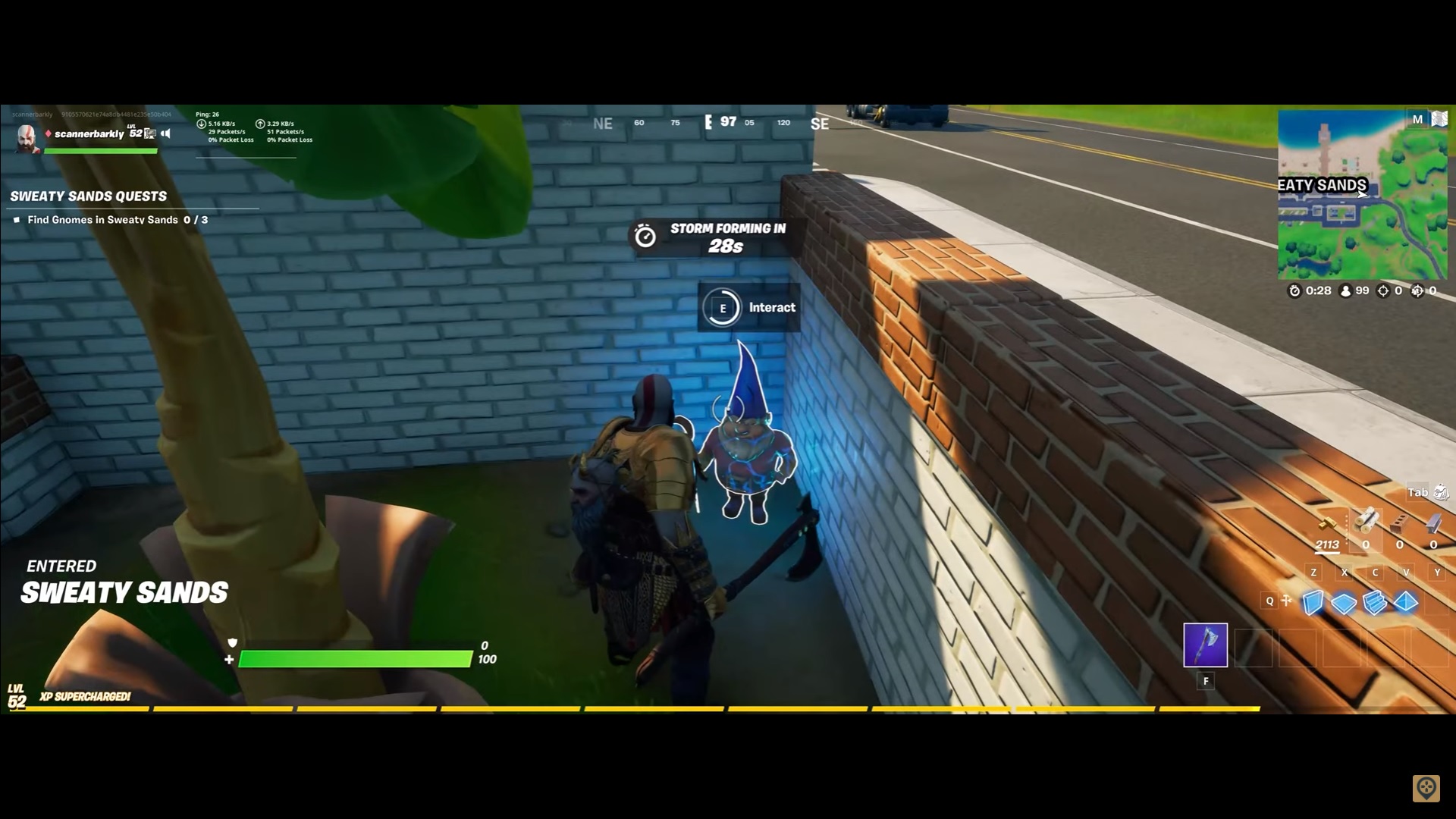 Some would argue over the true star of Fortnite between guns, building, and hyped collaborations. Epic Games clearly believes that it should be gnomes, though.

The long-running gag isn’t going away even in Fortnite‘s Chapter Two, season five. If you pick up these three poor, lost, scared-of-the-beach gnomes at Sweaty Sands, you’ll earn an experience boost.

The first gnome can be found on the east end of Sweaty Sands. It’s tucked away in a small courtyard surrounded by palm trees, loitering in a corner of white brick walls.

Head toward the sea and duck under the pier. The second gnome is in plain sight, standing right beside a giant boulder.

The last gnome is hiding behind a dumpster in an alley between a pink and blue shop. It’s right in the middle of Sweaty Sands, just slightly left of the main road leading out to the pier.

Once you’ve collected them all, you can watch 10,000 experience roll into your battle pass.