Where is Tow Away Beach in Fortnite Chapter 3, season one? - Dot Esports
Skip to content 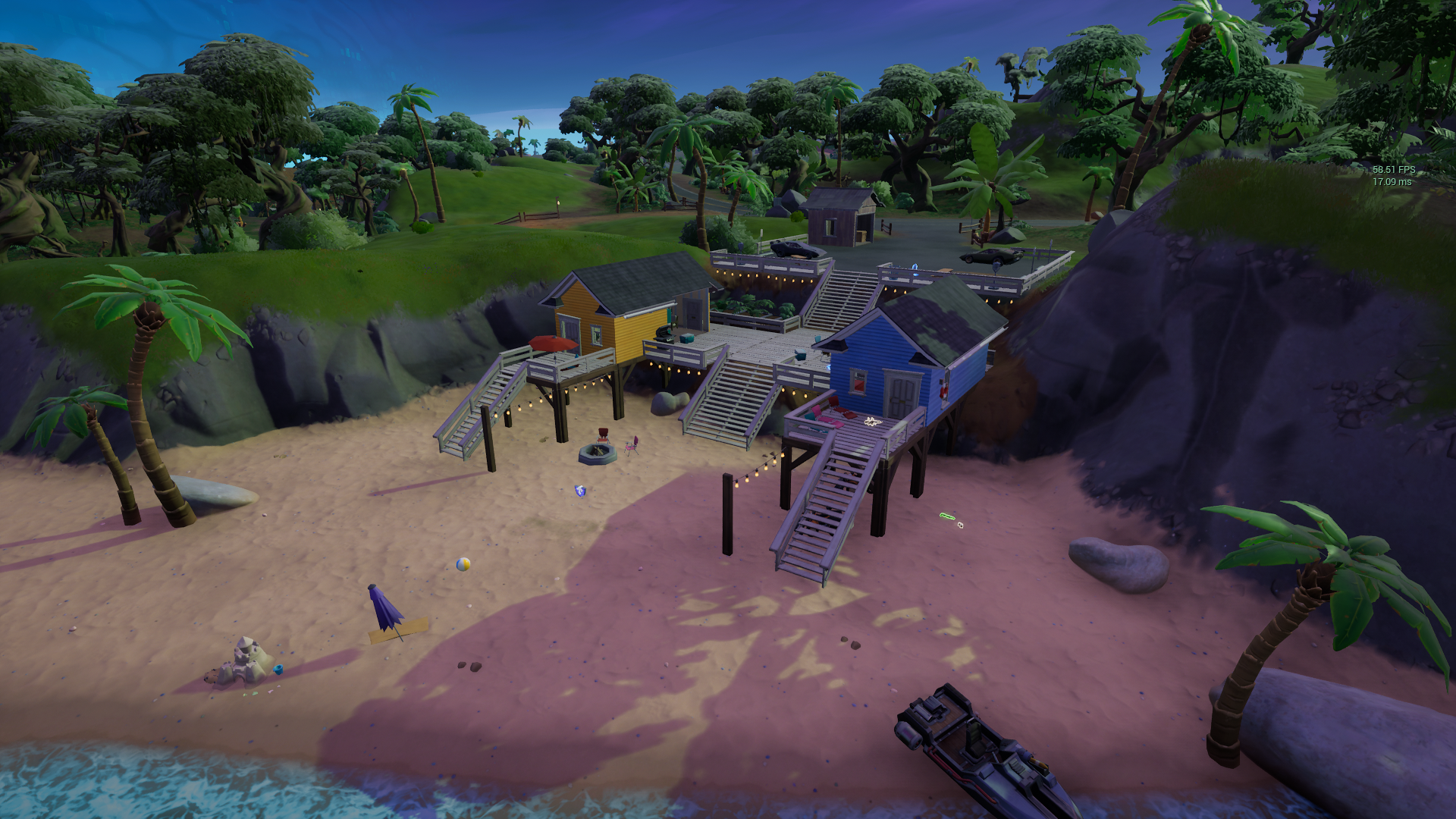 There’s no shortage of different kinds of locations to choose from when players jump out from the battle bus in Fortnite. Named locations, which cover a large area and are stacked with enough loot for multiple players usually gain the most traffic in a match, but there’s also a variety of different sized unnamed locations and small landmarks that can be found everywhere on the island.

While many players enjoy these peaceful landing spots, the smaller landmarks often become relevant and gain more traffic whenever an in-game challenge is placed in that location. One of these places is Tow Away Beach, one of this week’s locations for Monarch’s Level Up Tokens.

Where to find Tow Away Beach in Fortnite?

Tow Away Beach is a relatively small landmark located on the east side of the map. Its location on the very edge of the island makes it an unlikely place for players to stumble across while making their way forward in the storm but is easy to find once you have a general idea of which direction to take.

To find Tow Away Beach, look for the small beach northeast of the Joneses, right next to the road that leads to Condo Canyon—It should be easy to spot on the map. The easiest ways to get to the location is to either land there directly from the battle bus or grab a car either from Condo Canyon or the Joneses.

Once there, you will find a parking lot and two small beach houses with stairs leading down to the beach area. The Monarch’s level-up token can be found on the sand between the two houses.