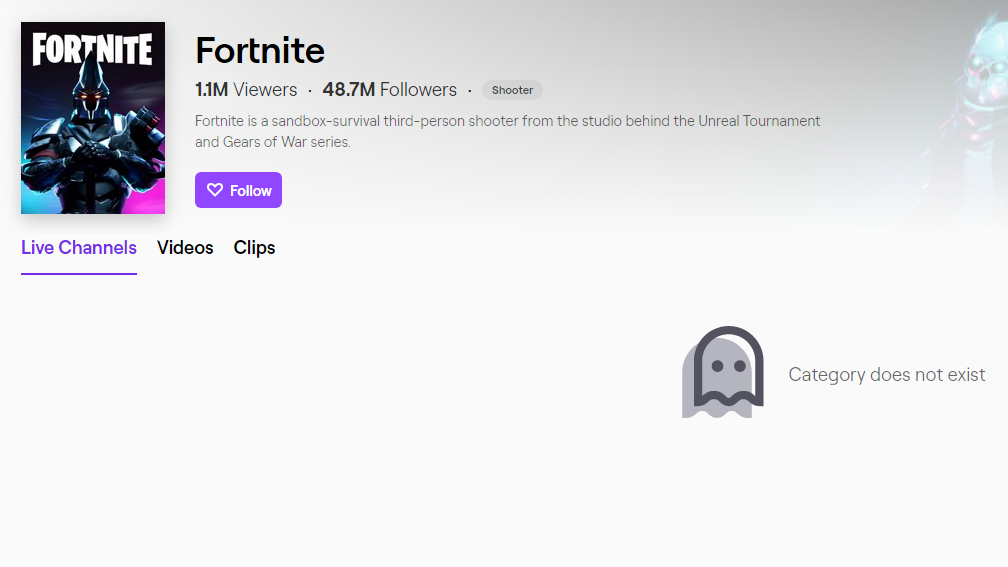 In Fortnite’s latest event, “The End,” a load of rockets and a meteor destroyed the world, kicking everyone out of the game.

Since then, Epic Games has blacked out a lot of Fortnite's social media accounts and no one can actually log into the game, leading many to wonder what is actually going on. But it seems like Twitch knows something that we don't.

If you go into Fortnite's Twitch category page right now, you won't be able to see any streams playing the game. Instead, the game apparently "does not exist."

This obviously just leaves us all with one very big unanswered question. What is going on?

EDIT 13:34pm: Twitch is now showing streams again but the site is constantly going down due to the number of people trying to find out what is going on.