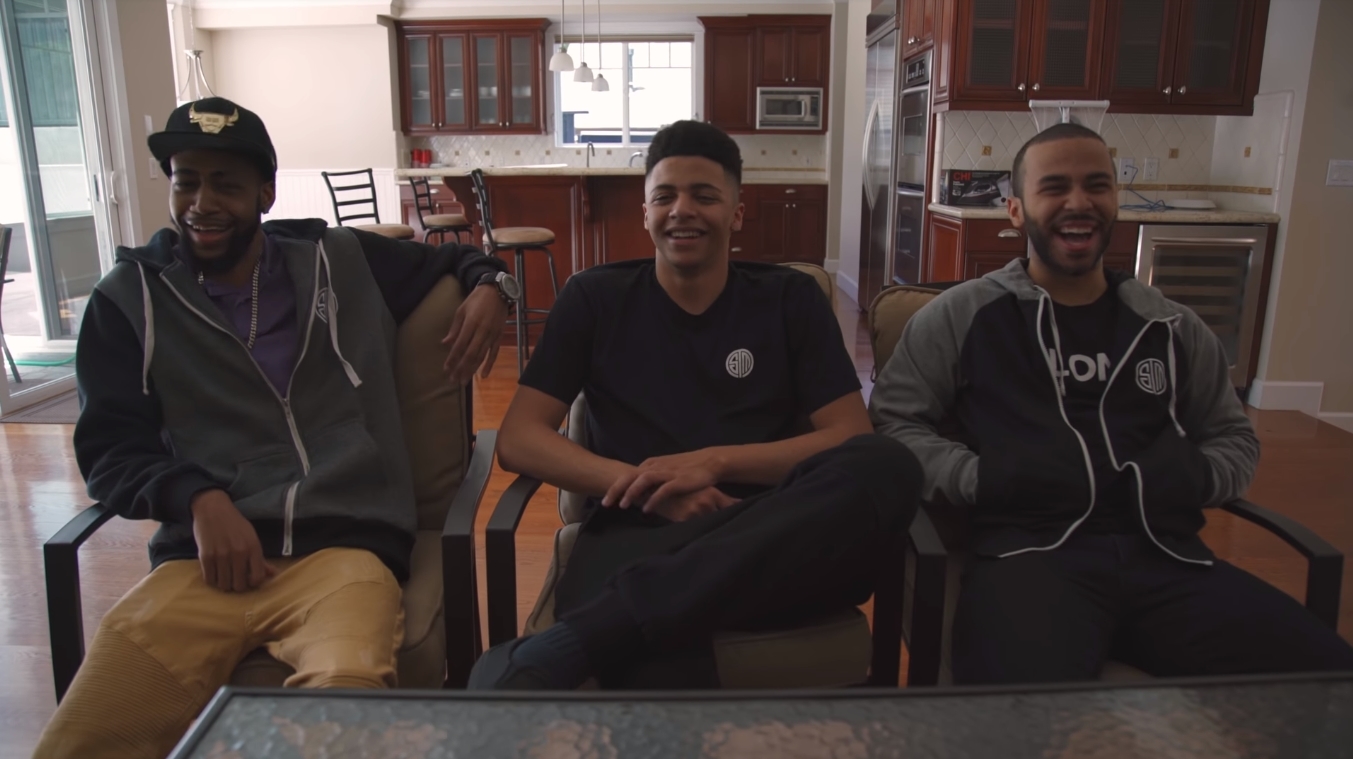 Some of the best and most popular Fortnite: Battle Royale players in the world came together for the fourth weekly Friday Fortnite online tournament, and once again, a different team has claimed the championship.

TSM’s Darryle “Hamlinz” Hamlin and Ali “Myth” Kabbani have secured their first Friday Fortnite championship, completing a tremendous losers bracket run in the process by taking down the team of Andre “Typical Gamer” Rebolo and Nicholas “Thief” Smorto in the grand finals.

TSM started off the tournament poorly, losing to Twitch star Tyler “Ninja” Blevins and Ben “DrLupo” Lupo in the opening round. The loss didn’t seem to have much of an effect on them, however, and they progressed through the losers bracket.

Related: Ninja and DrLupo eliminated from Friday Fortnite before the halfway point

Starting with a win over Harry “Wroetoshaw” Lewis and Josh “TheBurntChip” Larkin, TSM went on a losers bracket run that rivaled FaZe Clan’s run from last week, winning eight matches en route to the grand finals. In the midst of that streak, TSM took out FaZe, who eliminated TSM from last week’s tournament, defeating Turner “Tfue” Tenney and Dennis “Cloak” Lepore in commanding fashion in the losers semifinals.

Their incredible stretch of wins led them to the grand finals, where they collided with the second Friday Fortnite champions, Typical Gamer and Thief, who took out FaZe Clan in the first round. This duo rekindled the magic they had in the May 18 tournament, going undefeated in the winners bracket.

In the first game of the grand finals, both teams came out with the aggression and precision you would expect from the top two teams in the tournament. They combined for nearly 30 kills, with Typical Gamer and Thief taking a narrow lead of 16-13 heading into game two.

TSM started off flat in the second game, and it looked like Thief’s team was going to pull away and secure their second title. Hamlinz wasn’t going to let that happen, though. His game two performance was incredible, racking up 16 kills to force a second best-of-three series.

To kick off the second grand finals series, Myth died within a minute of the game’s start. Fortunately, Thief went down shortly after with just one kill to his name, leaving Hamlinz and Typical Gamer to decide the kill difference for the next game. The two did everything they could to make up for their teammates’ early exits, and Typical Gamer was just a little bit better, finishing with 12 kills while Hamlinz tallied 11.

With a two-kill advantage, Thief and Typical Gamer had little room for error. But with both players going down early in the game and TSM racking up five quick kills, the pro team’s aggression in the opening moments were rewarded with a Friday Fortnite title.

While TSM claimed the $10,000 first-place prize, the second and third-place teams will also receive some cash for their efforts. The runners-up, Typical Gamer and Thief, earned $7,000 and the third-place duo of Vikram “Vikkstar123” Barn and Tinny, who defeated Ninja’s team early on, will get $3,000.

The competition began with 32 pairs aiming to grab the title and become $10,000 richer in the process, but as always, only one team was left standing at the end. Fans can only wonder who will come out on top in next week’s star-studded tournament.