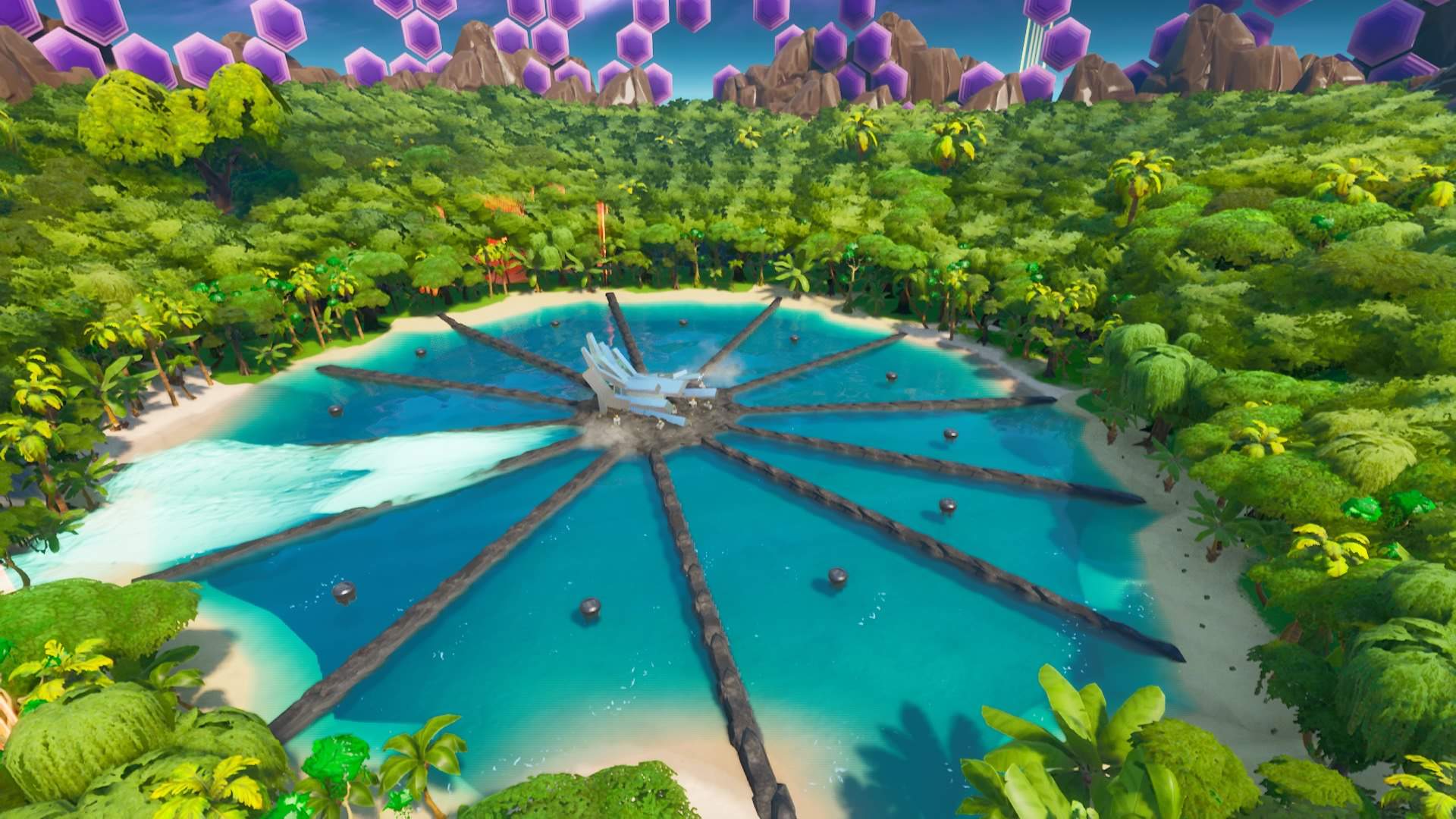 Fortnite is a game that prides itself on its creativity and unique experiences, including the popular creative game mode is Zone Wars. This mode allows the community to create different styles of arenas with challenges for players to take part in. Some of these are for the purpose of practicing, shooting accuracy, or building technique. But most are created with the intention of simulating the final zone.

To enter these user-created zones, you must follow a few simple steps:

In this article, we are going to share some of the best and most popular Zone Wars experiences in Fortnite.

One of the best Zone Wars map creators in the community, Enigma always delivers on his contributions, creating engaging, high-quality maps for the game mode.

Canyon Zone Wars offers a large canyon with pre-built structures for players to compete on while the storm begins to close in around them. The amount of effort and time that has gone into this creation is obvious, every structure is strategically placed to offer a variety of different looks and cover for players to use to their advantage.

This map is great if you are looking to jump into an arena mode and practice your shooting ability.

Purgatory is a fantastic Zone Wars mode because of its variety of different modes to suit different purposes. This mode offers, box fighting, aim training, and Parkour. There is zero wait time between deaths in this mode, so you can get straight back into the action.

Box fighting is a great addition as it allows players to get good practice in building while defending a structure. Purgatory allows spectators to have access to “god mode,” allowing them to float around the map and view the action from whatever angle they would like to.

One of the simpler Zone Wars experiences, GoodFight’s Random Duos faces groups of two against each other in a final zone-sized map that is constantly moving. Players will be forced to build as there are no pre-built structures and the zone is moving at a rapid pace.

The theme of this map is perfectly encompassed in the name. You are going to get a classic zone wars experience inside a desert-themed location surrounded by high-rise buildings. The map comes with prebuilt structures that can be used by the player. Overall, you can tell a lot of effort has gone into creating this experience and it offers one of the most polished zone wars experiences available.

One of the smallest zone wars maps, this island is sure to have the player enter straight into the action. Being mostly barren, there are few structures on the island, so building is going to be most important to stay alive. While it is not a box fighting game mode Rugged Rocks have the speed of a Box Fighting match with the depth of Zone Wars seeing the zone close in completely after two minutes and 40 seconds. This specific community game mode was created with player optimization in mind. By reducing the number of large structures on the island most players are going to find very impressive FPS inside the mode and having every player start with a set inventory is going to stop bugs from occurring after updates.

One of the most popular Zone Wars experiences, Town Zone Wars brings a familiar location from the Call of Duty series modeling the map after the iconic map Nuketown. Players will battle it out the Black Ops map while the zone begins to close around them. A lot of attention to detail has gone into creating this map as close to its source material as possible and will be sure to evoke nostalgia in players who remember the map.

As probably the most visually impressive Zone Wars mode, the 75th Hunger Games draws its inspiration from the book and movie of the same name. This map has it all, competitive loot in the center, a large jungle to take cover in and in-game events that will influence the way you play. This map has really gone the extra mile in ensuring it is authentic to its source material and is absolutely a must-play map with your friends.

A take on Zone Wars that is more closely related to the standard game, Mini Battle Royale Simulator is going to drop players into a much smaller map that they are used to and have them loot and play the game as they would in the regular mode. This map is great for someone who is trying to get more experience in firefights but still would like to remain true to the battle royale’s looting structure.

This map is everything we have come to expect from Enigma. The way the player creates unique maps with fast-paced action and excitement is as good as any other creator in the community. This map is no exception. Notably, this map has its own unique moving storm that is set on a path moving downhill forcing players to engage in close-quarters combat until the zone finally closes. This is easily one of the best Zone Wars maps available today.

A big reason many players chose to play Zone Wars is to practice combat, and as far as squad Zone Wars maps go this is one of the best. The Small Town Squad Scrims map puts players in a large square with limited cover for them to take refuge. The zone begins to close in around the middle, forcing squads to push forward and engage their opponents. This keeps the games fast and action-packed for the entire duration.

Included below are some of the other fun Zone Wars maps in Fortnite but didn’t quite make it to the top 10.

Fortnite is constantly being updated with new maps created by the community, so players should hop in frequently to see what new maps are trending.