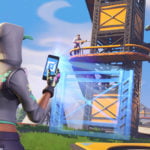 Unlike most battle royale games, a good aim is only the foundation of what you need to succeed at Fortnite. The game’s building mechanics set it apart from its competition, and without grasping the basics of it, you’ll be destined to look high up in the sky while other players build skyscrapers over you.

Building can get complicated. You can edit all the building pieces in Fortnite and create windows, doors, or other small openings to help you land a shot on your enemies. You can only edit pieces that belong either to you or your squad-mates, which makes building fights intense experiences. You’ll need to put up your piece of building as soon as you tear down your enemies and masterfully edit it to have the upper hand. This whole process requires precision and speed that you can only gain through playing Fortnite.

While each match can be considered as a practice game, gathering materials and trying to find the right gun can make it harder to practice your building skills. Fortnite’s Creative maps are the go-to choice of most professional players and anyone looking to improve at the game. The best Fortnite Creative maps for practicing building allow players to work on all the essentials of the process, all in one place.

Here are the best Fortnite Creative maps you can try out to improve your building skills.

The Building Center by Donwozi_Btw 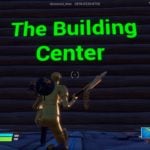 Before getting into the more subtle details of building like editing, one must understand the fundamentals to make any progression.

The Building Center is one of the most elementary building courses available that instructs players through some of the most commonly used and effective building combinations. Take your time during your first time around the course but aim to get it done faster with each run.

Once you get a hold of the ropes, you can also throw in some editing into the mix to spice things up and make your training more advanced. 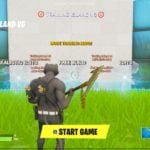 Teadoh’s training island is an all-in-one map where you can even practice your aim on moving targets, in addition to building and editing.

The map features some of the fan-favorite edit courses like the Mongraal classic and features bots to make them more realistic. The zombie mode is a great way to practice boxing enemies by building, and there’s also a free-building mode where you can train all kinds of build routines.

Teadoh updates his training maps regularly based on the feedback he receives from the Fortnite community, so consider keeping an eye on his YouTube channel to stay up to date with his recent additions. 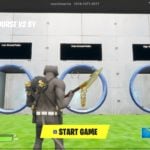 While you grasp the basics of building, you should work on your edits as well. Editing is especially crucial in box fights where you’ll need to decide on the perfect structure shape and peek accordingly to land a shot without taking any damage.

MachineHead’s game sense course features moving dummy targets in even, low, and high settings. Start with a single wall and edit it in as many shapes as possible while trying to peek from the perfect angle. Try building boxes, or even a bridge, with stairs or a roof as its centerpiece. Edit your way through to do the same drill.

Read through the signs MachineHead left throughout the lobby to get the most of the map, and don’t forget to activate the Auto Reload function via standing on a blue circle not to waste any time for reloading. 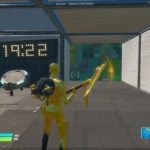 Getting proficient in both building and editing should allow you to have an easier time in close-range building fights. These fights can slow down sometimes, however. You can lose your target in the maze you just built, and they can use it as downtime to patch their wounds, alongside applying shields.

In scenarios like this, players often find themselves in hybrid boxes where enemies placed some of the walls. You can edit through all your walls to do a quick search of the perimeter, but make sure to have your trigger finger ready.

ItsJerian’s edit and aim course features a drill where you’ll need to edit through metal structures and shoot the small targets that you’ll find inside. Each target is located in a random position, so you’ll need to react as fast as possible. You can also practice trick shots in the rest of the course, which is always a cool way to get a Victory Royale and show off your clinical aim. 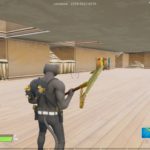 Confirm edit on release feature of Fortnite makes editing a seamless process since you can move on to your next action without needing to click an extra button to apply your edit. It takes a while to get used to, though, you won’t be able to double-check your edits, and sometimes you’ll get the opposite of what you pictured in your head.

We recommend sticking to mastering a couple of edit types to get the most out of Can Dook’s. The course features repetitive corridors of structures that you should edit through as quickly as possible with the least number of hiccups.

You can also try building stairs right after an edit to work on your transitions and edit the stairs in the process as an extra challenge. 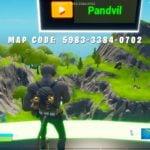 Training courses do their best to resemble in-game situations, but fighting real opponents can be quite different. Once you believe you have what it takes, invite a couple of friends over to a realistic fight map like Pandvil’s and test if you can use your newly adopted skills to best real players.

Though nerves will also factor in the process, you should feel a difference in your ability to sustain in a fight. Practicing with another individual can also boost your growth rate as a player and have you ready the next time someone decides to challenge you on your way to a Victory Royale.

These maps contain everything you need to get your building skills to higher levels. If you’re confused about what you need to do once you load into these maps, YouTube has many building drills. Watching similar guides should help you establish a training routine and a better idea of what you can do in these maps.