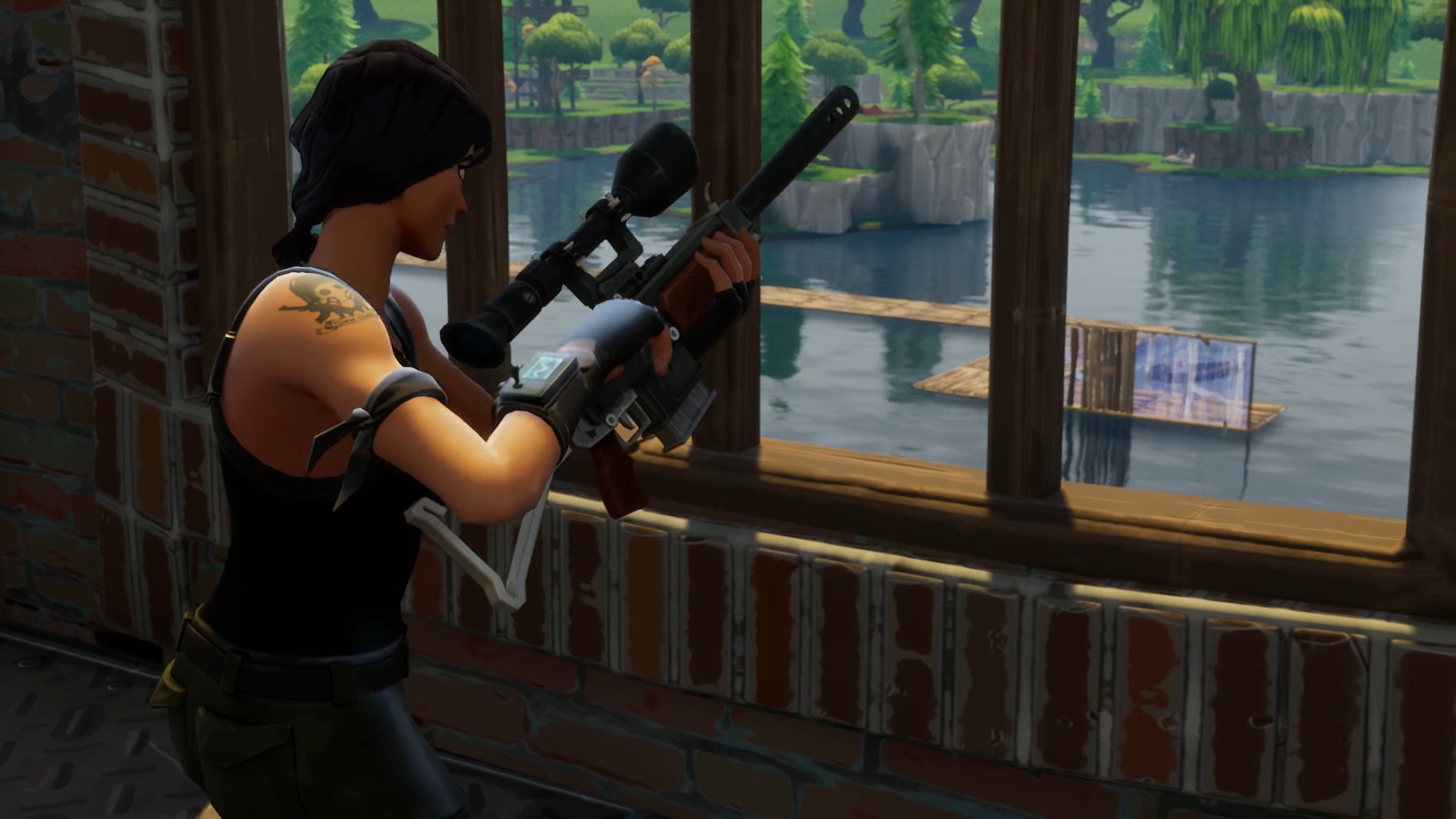 There are less than 10 people left alive. The storm is closing in. Towers are sprouting up all over the safe zone like hairs on a scared cat. Buddy, it’s time to snipe.

Fortnite: Battle Royale has a ton of weapons to choose from when going for a victory royale, but sometimes, you’ll need to keep your distance and take enemies down from afar. That’s where sniper rifles come in. Here are the best sniper rifles and why.

These are the Sniper Rifles you should try to find in any Fortnite: Battle Royale match. They’re available in all default playlists (Solo, Duos, Squads) and in most Limited Time Modes, except when noted otherwise.

Look for them in Chests and Supply Drops and go for kills.

The Bolt Action Sniper Rifle has a 2.5x headshot multiplier, higher than the normal 2x multiplier of other snipers in the game. The long scope allows for accuracy, enabling you to pick off an enemy who’s peeking out from the top of their tower.

The Bolt Action wins purely from a damage standpoint, but its slow fire rate is its downfall, meaning you won’t be able to spam shots.

In Fortnite Chapter Two, season two, the Bolt Action sniper is the only sniper rifle in the regular loot pool. But others can be found in special ways.

The Heavy Sniper Rifle is an absolute monster and the best sniper in the game. This behemoth will do either 150 or 157 damage to the body, depending on whether it’s Epic or Legendary. The Heavy has the least amount of bullet drop of all snipers, meaning you don’t have to lead your shot all that much.

It will destroy just about any structure you shoot at, dealing either 1,050 or 1,100 damage to any wall it hits. Is an enemy hiding behind a tree? Make the tree make like a tree and leave instantly with one bullet, then finish them off while they panic.

The only downside to this weapon is the reload speed, which is by far the slowest of all snipers. It more than makes up for it with its insanely high damage, though. Headshots will make enemies evaporate.

In Fortnite Chapter Two, season two, the Heavy Sniper can only be found as a Mythic weapon drop from special locations.

The Suppressed Sniper Rifle is the only gun in this category to have a suppressor attached to it, which means it makes a muffled sound when shot instead of a loud noise like other snipers.

It can be devastating to opponents with no shield, and while its damage isn’t the greatest in the category, the stealth factor plays a huge role when playing with the Suppressed Sniper Rifle. This is your best choice if you want to keep shooting opponents after hitting them the first time.

In Fortnite Chapter Two, season two, the Suppressed Sniper can be found by eliminating Henchmen.

These sniper rifles were once an important part of Battle Royale matches, but they’ve been vaulted and removed from default playlists along the way.

If you want to play for fun in Playground or in Fortnite Creative, make sure to find them. They might also appear in a few LTMs when noted.

The Hunting Rifle is the only Sniper Rifle in Fortnite that has no scope. That’s great for players who just prefer to aim down the sights or try to hit trick shots while shooting from the hip.

The Hunting Rifle has low damage in comparison to other Sniper Rifles, but it’s easier to aim and it reloads faster than most guns in the same category.

The Hunting Rifle was vaulted in the v9.20 patch, but it’s available after update 12.00 in the Sniper Shootout and One Shot LTMs.

The Semi-Auto Sniper was useful for spamming shots at a high rate, especially when compared to the other single-shot snipers in the game. It has lower damage compared to other snipers, but a faster reload.

The Semi-Auto Sniper also had reduced zoom compared to other snipers, making it a niche pick when other options were available. It was vaulted, unvaulted, and then vaulted again for the last time with Update 10.00.