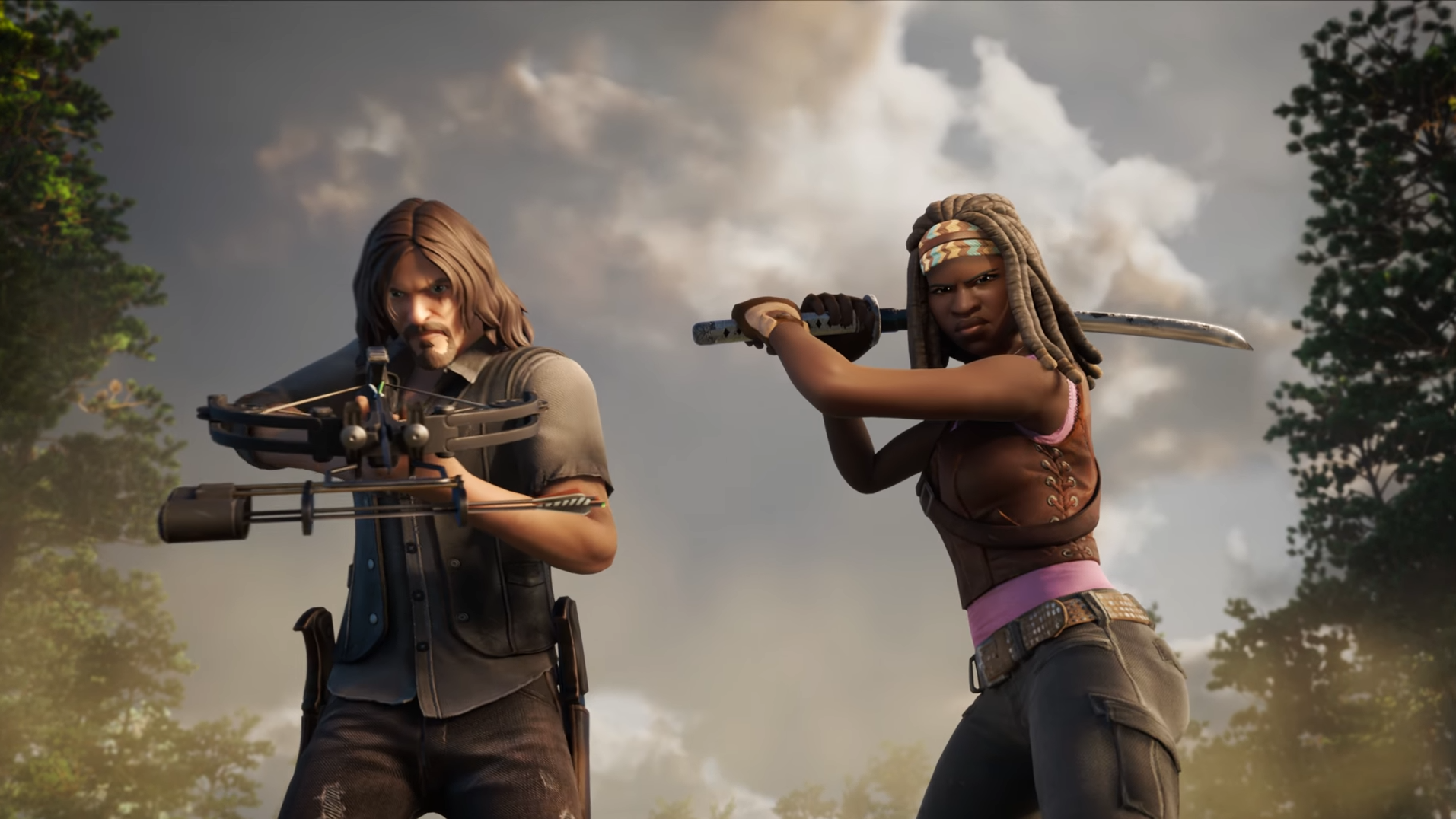 These two new characters are Daryl Dixon and Michonne from The Walking Dead. Both characters and their corresponding sets are now available inside the in-game store.

Each character’s skin also comes with a unique variant. Inside the bundle, a variety of blades is included as both harvesting tools and back bling.

The Survivors In Arms bundle is discounted from 3,600 V-Bucks to just 2,500 V-Bucks, but for 1,800 V-Bucks, players can get either character skin with their respective harvesting tool included.

Originally teased at The Game Awards, these new Hunters received a trailer showcasing their addition early before their release. During the season, we have already been treated to some of the most iconic figures in gaming joining the battle alongside the cast.

Firstly, players were able to acquire Kratos from God of War, and most recently, Halo’s Master Chief was introduced into the game.