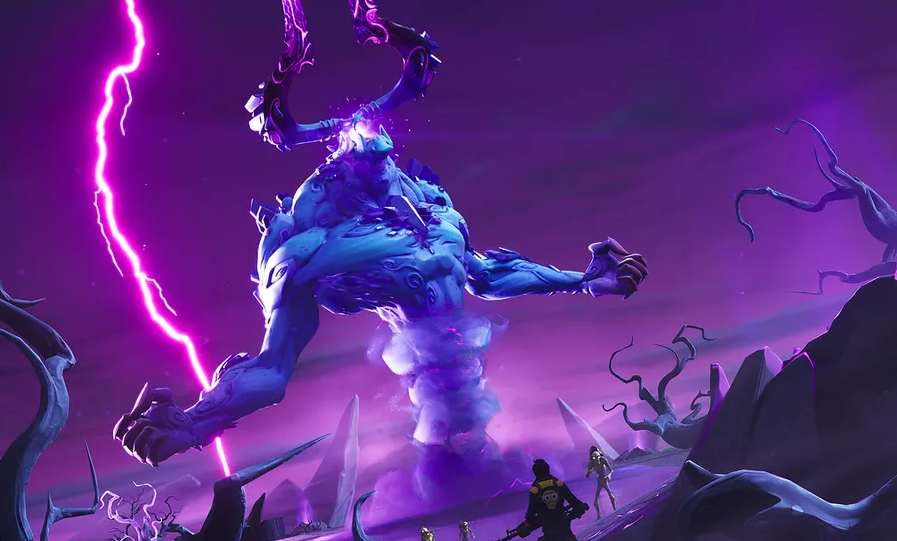 Fortnite’s awesome new raid boss-like enemy, the Storm King, landed in the battle royale with a bang yesterday. The tough battle featured many enemies, and the giant boss boasted a huge health pool—but he’s since been taken down a few notches.

As you can see in the video below by YouTuber and streamer SypherPK, the Storm King had a very, very large health pool.

After an update today, however, the Storm King is now going down much faster. Reactions in the community are split for now. Many fans have welcomed the nerf, while others claim that players didn’t really finish the fight if they couldn’t beat him pre-nerf.

Before the nerf, however, a large portion of the Fortnite community complained that the boss was far too difficult to defeat. It appears that Epic Games has opted to address the difficult by reducing the boss’ overall health.

The Storm King is part of Fortnite’s Fortnitemares, the seasonal spooky-themed event that adds a slew of new cosmetics to the game, along with zombie monsters all over the battle royale map.

This specific instance of Fortnitemares is a re-used asset from Fortnite’s PvE mode, Save the World, which featured a Storm King battle nearly a year ago.