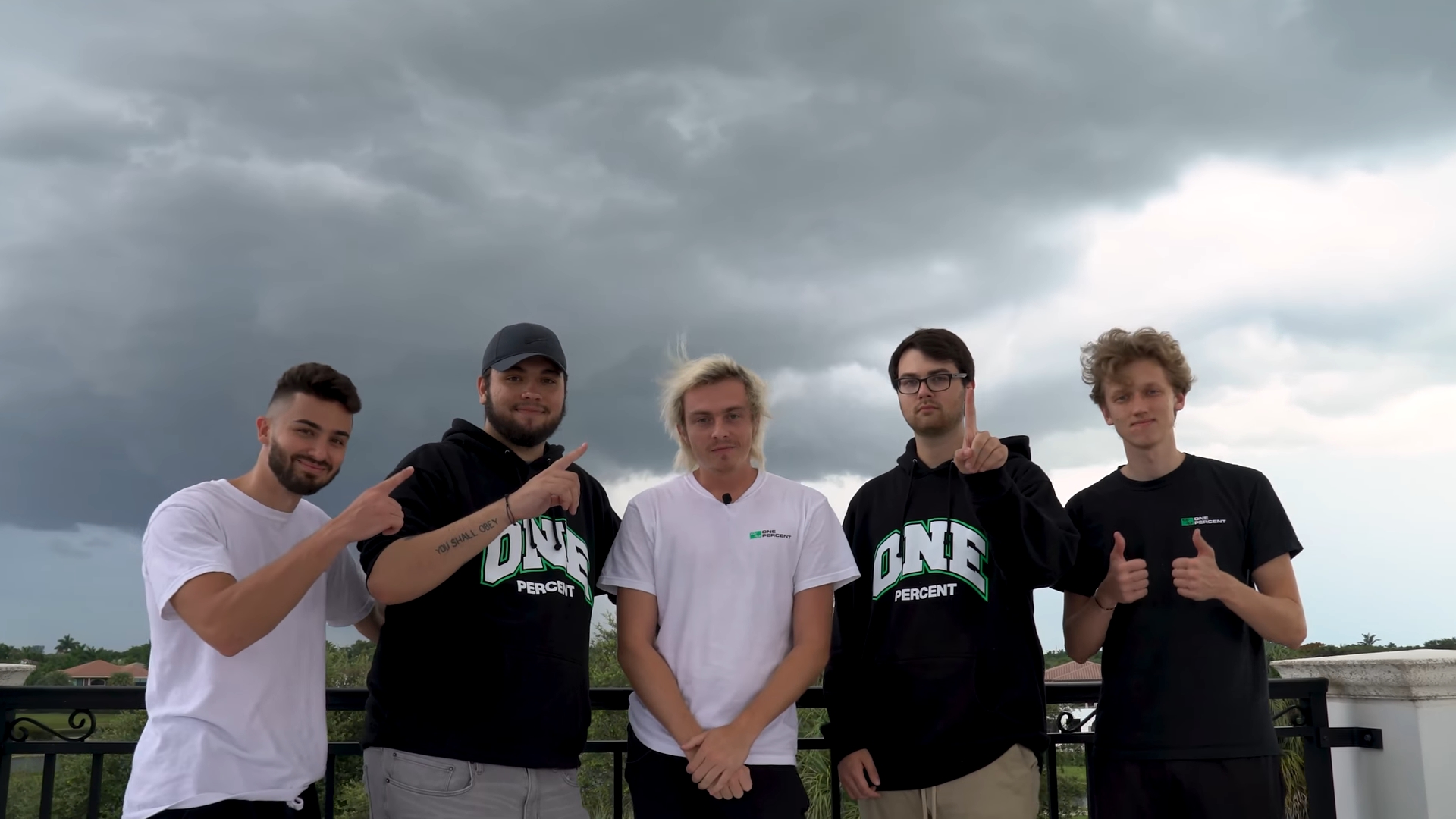 Screengrab via One Percent

A group of Fortnite content creators released a video yesterday to show off their insane new mansion—and it might shock you.

The new organization, One Percent, was founded by content creators who were formerly with Luminosity Gaming. The team is made up of Randumb, Nicks, Kiwiz, Formula, Razz, and Aeolus.

The video itself is one giant flex, showing off an insane-looking mansion with expensive cars out front. What’s craziest is that the “multi-million dollar property” was bought out of the creators’ own pockets with no other funding involved.

The house tour includes a look at a mini grand piano that was reportedly played by Frank Sinatra and a giant wine bottle display. Each of the player’s rooms has its own private bathroom, too.

There’s also a gaming room with arcade machines, a trophy hallway with a chandelier, and the entire house overlooks a golf course. It truly is a beautiful mansion.

It’s clearly still a good time to be a young, talented Fortnite player. Keep grinding and you could be living the lavish life, too.