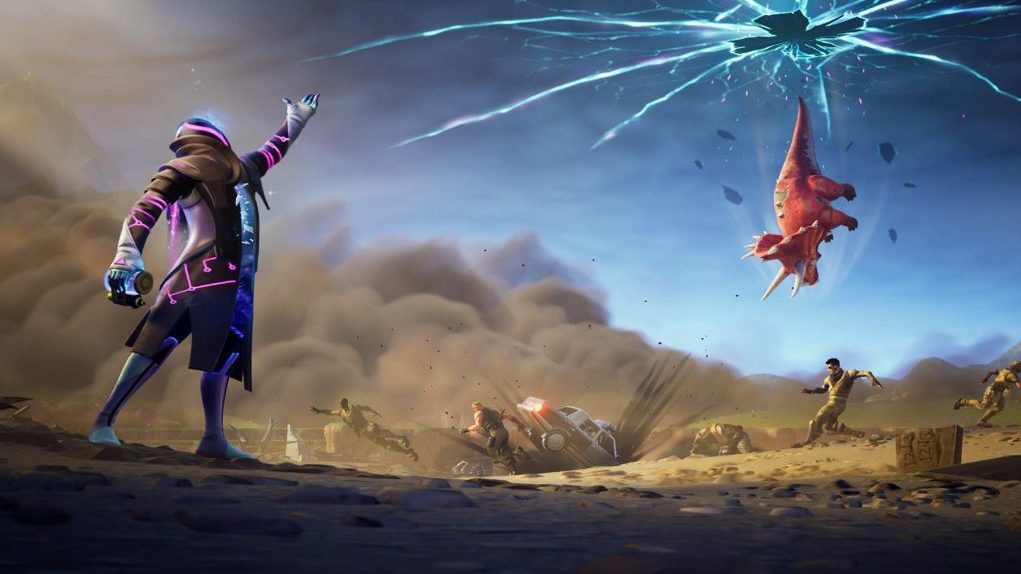 Epic Games made a weird bug fix in the v10.30 patch to the text in the elimination feed when a player is killed by a Junk Rift Triceratops to make Fortnite more historically accurate.

Before today’s update, the elimination feed would indicate that the player had been sent to the Jurrasic period when players were eliminated by the Junk Rift Triceratops. But the Triceratops didn’t exist until the Cretaceous period. Therefore, the text has been changed to the latter.

The Junk Rift has caused controversy elsewhere since many consider the item to be overpowered in the late game. Players can easily drop a Junk Rift in the final circle to cause a path of destruction. Many argue that the item doesn’t require skill since players simply throw it.

But the Junk Rift is useful against the controversial B.R.U.T.E. mechs. The mechs are relatively slow when on dash cooldown, so a Junk Rift could be used to effectively destroy them or eliminate the players inside.