The Guided Missile has been temporarily disabled in Fortnite: Battle Royale - Dot Esports
Skip to content 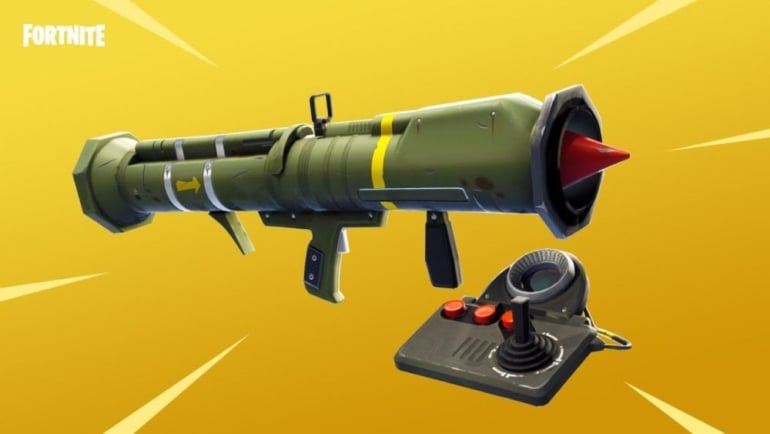 An infamous launcher is once again being removed from Fortnite: Battle Royale—but not permanently.

The Guided Missile has been temporarily disabled in Fortnite while Epic Games investigates an issue, the developer announced earlier today. Epic’s vague tweet doesn’t provide much additional information about the issue, however.

The launcher was first introduced to Fortnite: Battle Royale on March 14. It instantly became a powerhouse weapon due to its remote-controlled missiles that could be used to scout ahead and deal a ton of damage if they exploded near enemies.

Epic quickly realized how powerful the Guided Missile was, and it was eventually retired to the vault on April 17. But then, in July, Epic revamped the infamous launcher and rebalanced it for scouting utility—and it was officially added to the game once again on July 31.

Since its return to the popular battle royale game, the Guided Missile hasn’t been nearly as powerful. It’ll be interesting to see if Epic reveals what the launcher’s current issue is and if that has any impact on the weapon moving forward.

We’ll update this article if any additional information is revealed about the Guided Missile being temporarily disabled.