The Getaway LTM is back to Fortnite with the v8.10 update | Dot Esports
Skip to content 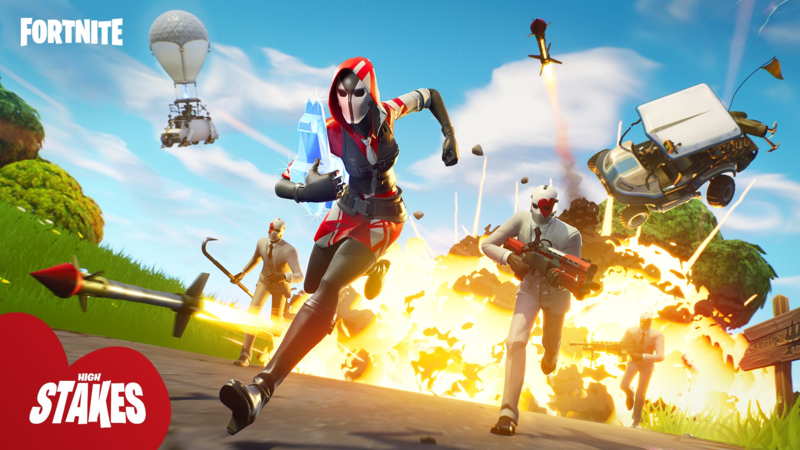 A fan-favorite Limited Time Mode is back in Fortnite: Battle Royale with the v8.10 update release.

The Getaway LTM has been added back to the game after being last seen in the season five’s High Stake event for the v5.40 update, in early September 2018. Six months later, it returns with the same premise of racing with your Squad to get a jewel and getting it in a van to win the match before other teams.

The rules of The Getaway LTM have not changed since its initial release. Players will be able to find up to four jewels in special Supply Drops safes that take some time to be opened. Once a player picks up a jewel, all others can see this jewel in the map for 30 seconds. While carrying a jewel slows you down by 10 percent, it gives health and shield regeneration as well.

There are a few loot tweaks in The Getaway. At the beginning of every match, 10 special Pursuit Supply Drops land, carrying “a variety of longer-range weapons and other items.” They are the only place to find Grapplers in this mode. Only weapons that are rare or better are available in Chests, Floor Loot, and other loot resources in the game.

The hardest part of The Getaway is to get the jewel to a van. These vans float high in the air, which means players and their squads will have to build towards them while somehow protecting not only themselves but also the structures they’re on while trying to get inside the vans to win the match.

This is the only mode in which players will see the All-Terrain Kart back in the game after it was vaulted on the beginning of season eight. Epic Games said it “has been temporarily brought back in this mode as it is the only four-person ground vehicle.”

Players will be able to play The Getaway LTM as soon as the v8.10 server downtime is over this Tuesday.