The Chiller trap has been added in the Fortnite 6.01 update - Dot Esports
Skip to content 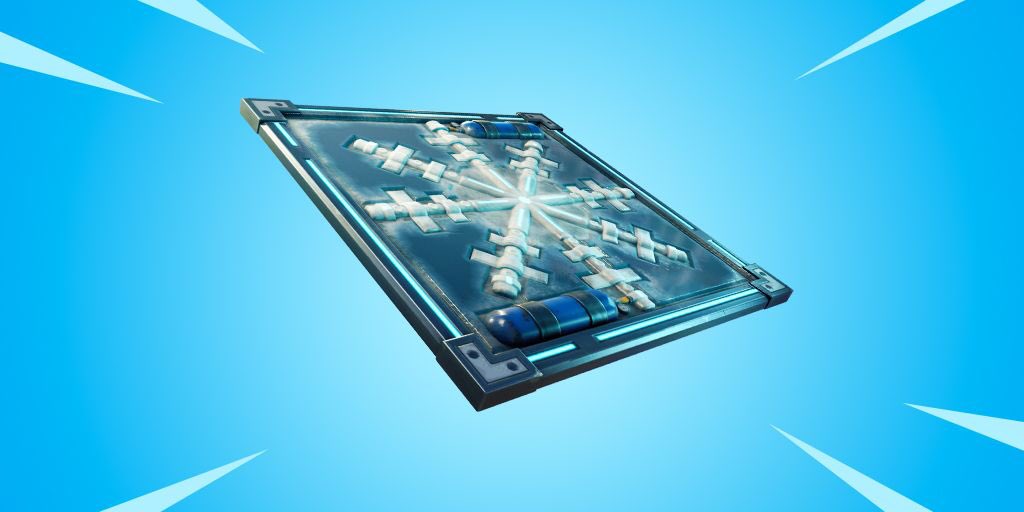 A brand new item has been added to Fortnite: Battle Royale in the 6.01 update, and it’s definitely going to cause some funny trap plays.

Epic Games has introduced the Chiller, a common trap that causes enemies to slide around with low friction if touched. The official Fortnite YouTube channel uploaded a video to show off the new item, in which a player’s feet turned into blocks of ice and slid off of a structure.

The Chiller, as is the case with most in the trap category, can be place on floors, walls, and ceilings. It drops in a stack of three Treasure Chests, Supply Drops, Vending Machines, Supply Llamas, and floor loot, according to the patch notes.

Some players presumed the next trap addition would be the Freeze Trap from Save the World after dataminers found the Freeze Trap in the game files last week. And while it’s certainly possible the StW creation will still make its way over to Battle Royale, Epic may have used the Freeze Trap as a placeholder or decoy name.

The developers didn’t seem to change too much else in the 6.1 update. The Playground mode received more settings options, which now include starting health, time of day, gravity. Save the World players also will see the Lead Sled Hammer and Obliterator Sniper Rifle in the Weekly Store until Oct. 10.