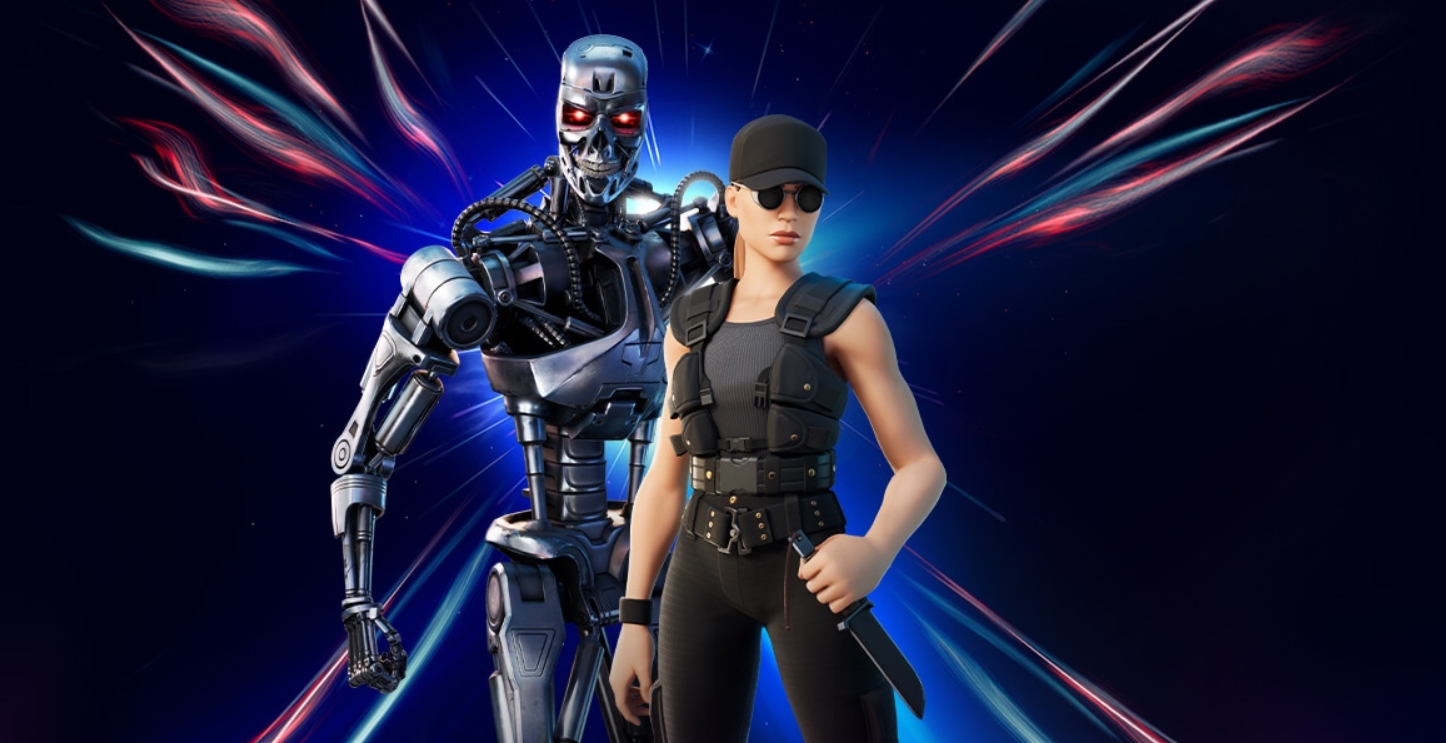 After being leaked earlier today, Epic Games officially revealed that both Sarah Connor and the T-800 from the Terminator series are crossing over into Fortnite.

The duo are the newest Hunters to join the battle royale as limited-time skins that players can grab in the item shop now as part of the Future War Set.

There are two variations of Sarah Connor’s outfit, which include a T-800 Endoskeleton Arm Back Bling and Combat Knife.

For the T-800, players will have a built-in emote that will have your character give the iconic thumbs-up while your hand bursts into flames. You purchase a HK Sky Net Uplink Back Bling and Techno-Grip Axe to finish the look.

The Terminator characters now join DC Comic’s Green Arrow and the Predator as the most recent legendary characters recruited by Agent Jones as he continues to enlist the greatest Hunters across realities.