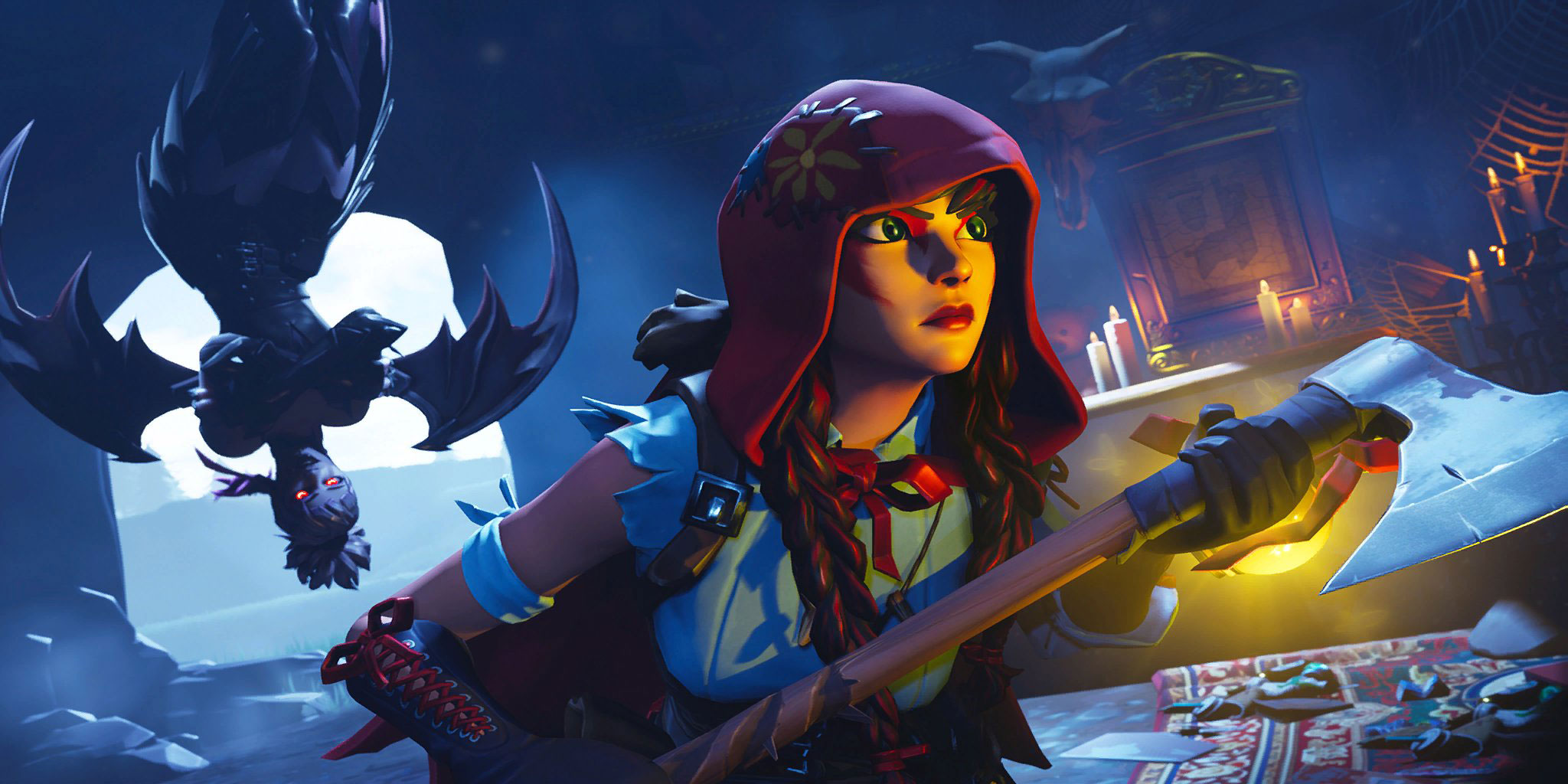 Dataminers have uncovered some Fortnite: Battle Royale skins that will make their way into the game in the near future.

The spider outfits, one male and one female, are almost entirely dark grey and black with hints of blood red popping up around their gear. A matching pickaxe was found, which sports some red spider eyes on the side of the blade. There is also similar backbling, and a spider web glider in the set.

The Durrr Burger pajamas is something that we possibly could see kids dressing in for Halloween. It seems pretty simple, but there are undoubtedly some Durrr Burger fans that will fawn over the outfit. There is also a green, red, and gold-clad warrior that has a matching pickaxe and shield backbling.

One more pickaxe was found in the datamine, and the purple glow around it makes it seem like it may have some of the darkness the cube harnesses. There is also an ancient-looking ship that appears to be a glider for the warrior.

And while we haven’t even reached Halloween, it would be unsurprising to see some ugly Christmas sweaters in the near future. Merchoid started selling Fortnite sweaters, but it’s not out of the realm of possibility that Epic already has something up their sleeves in-game.Maybe we’ll have to wait for a few more updates for those to arrive, but it’s something to think about.