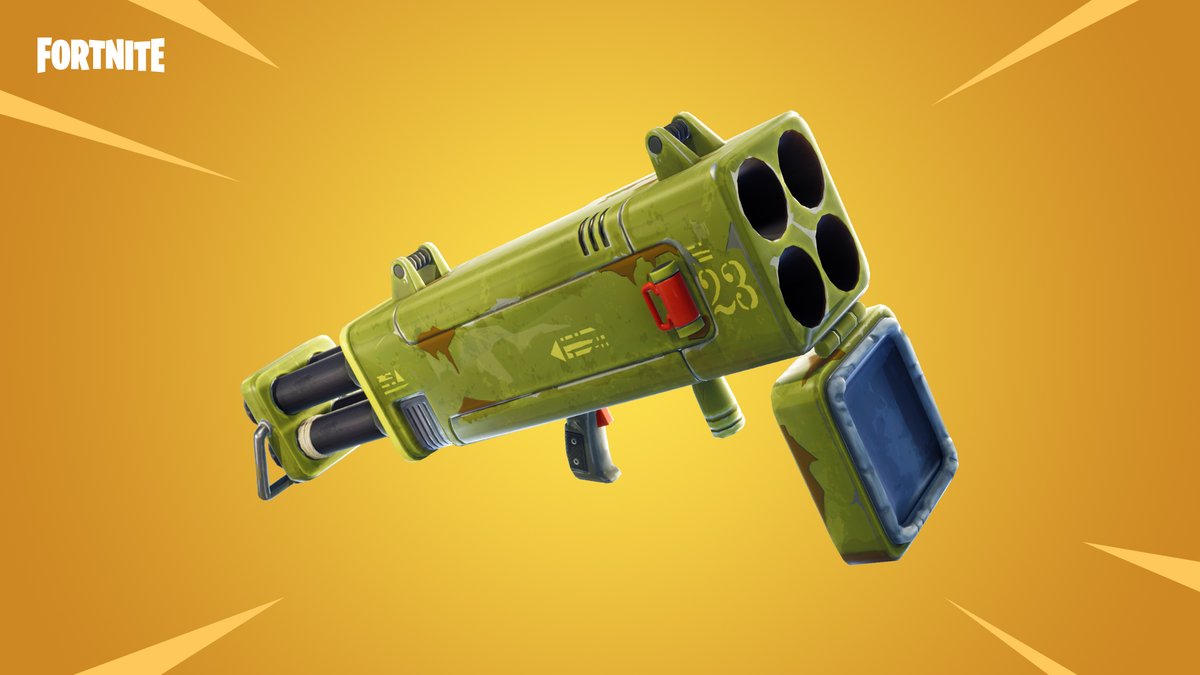 The 6.02 update in Fortnite: Battle Royale didn’t bring anything radically new, but it may end up being a very important update nonetheless.

Epic Games introduced the Quad Launcher with Wednesday’s update, adding another explosive weapon to the popular game. Fans haven’t particularly been supporters of many explosives, and it would probably be safe to say the Quad Launcher will have to overcome some skeptical thinking.

The developers also delivered on its promise of a new limited time mode, Disco Domination. The dance-based mode was first teased more than a week ago, and players can finally try it out.

Related: The Disco Domination LTM has been added to Fortnite: Battle Royale

On top of the new additions, the Port-a-Fortress has returned to the game. After being added before the start of season six, the item was quickly removed by the developers on Sept. 28. It only lasted roughly 10 days in its first stint, so some players will likely hope for a little longer trial period this time around.

Other than that, not much changed in the game. The developers tweaked various loot drop rates, but no item saw a drastic shift that would appear to alter much for players.

Overall, the 6.02 update didn’t contain very many surprises. It did, however, add a potentially game-changing weapon with the Quad Launcher. Explosives haven’t been very well-received by the player base recently, with many citing their overpowered nature.

With another rocket launcher, it’ll continue to be tough for players to out-build their opponents. Instead of engaging in a build battle, players will have the opportunity to use the Quad Launcher to quickly turn the fight around.

It’ll be interesting to watch over the next week and see how the community reacts to the Quad Launcher, as well as the newest limited time mode.