Is Epic trying to drop a hint for season two? 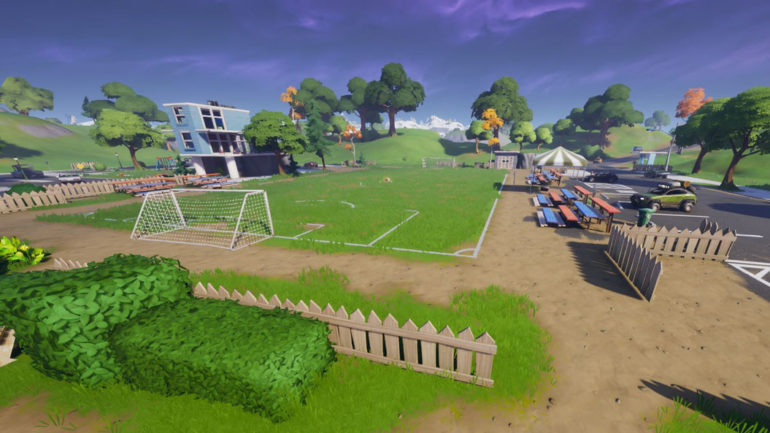 The snow from Fortnite’s winter event started to melt on Jan. 7, but there might be a special surprise from Pleasant Park’s return to normal.

Fortnite Chapter Two’s map has slowly been returning to normal as the snow has been melting, first beginning in Slurpy Swamp. At time of writing, the mountain near Steamy Stacks and the southeastern side of the map are the only areas with snow.

Popular data miner HypeX was the first to report today that the snow melted in Pleasant Park, but the ground was covered in dirt. Other areas in the game returned to normal with grass.

We were able to hop into a match and confirm that Pleasant Park is dusty, but the grass is slowly starting to appear in patches around the POI.

Players who visit Pleasant Park will notice that there’s dirt surrounding the soccer field along with a few dirt patches near the surrounding houses.

It’s possible that Epic Games created a countdown timer to allow grass to grow from the dirt to simulate a realistic regrowth from the snow coverage.

With Chapter Two, season one of Fortnite ending in February, players have a bit more time to wait until the next big update.