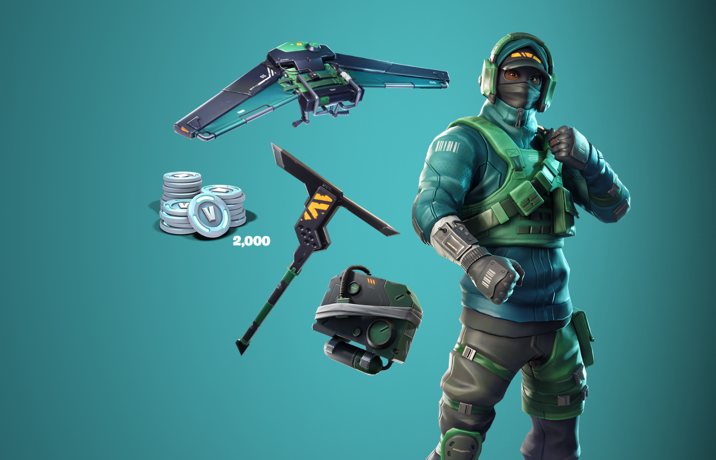 A new cosmetic set could be coming soon to Fortnite: Battle Royale fans.

NVIDIA and Epic Games have seemingly teamed up to create the GeForce Fortnite Bundle, according to NVIDIA’s website.

“If Victory Royale is your mission, the GeForce Fortnite Bundle is just for you,” the website reads. “For a limited time, when you upgrade your weaponry with a GeForce GTX 1070 Ti, 1070, or 1060 graphics card, you’ll receive 2,000 V-Bucks and the male Fortnite Counterattack Set.”

In order to get the bundle, you’ll need to purchase one of the three GeForce graphics cards shown below. If you do this, you’ll receive the GeForce Fortnite Bundle, which comes with 2,000 V-Bucks, the Reflex outfit, Pivot glider, Angular Axe pickaxe, and Response Unit back bling.

The bad news for a lot of Fortnite players, though, is that it doesn’t seem like this bundle is available in the U.S. yet—the “participating partners” listed on NVIDIA’s website includes the United Kingdom, South Africa, Portugal, Greece, Israel, Hungary, and Malta.

This bundle won’t be cheap, either. The graphics cards that need to be bought to get the GeForce bundle cost between $283 and $477. And right now, the two most expensive graphics cards on this list are out of stock. So these Fortnite items might only be obtained by players who desperately need a new graphics card.