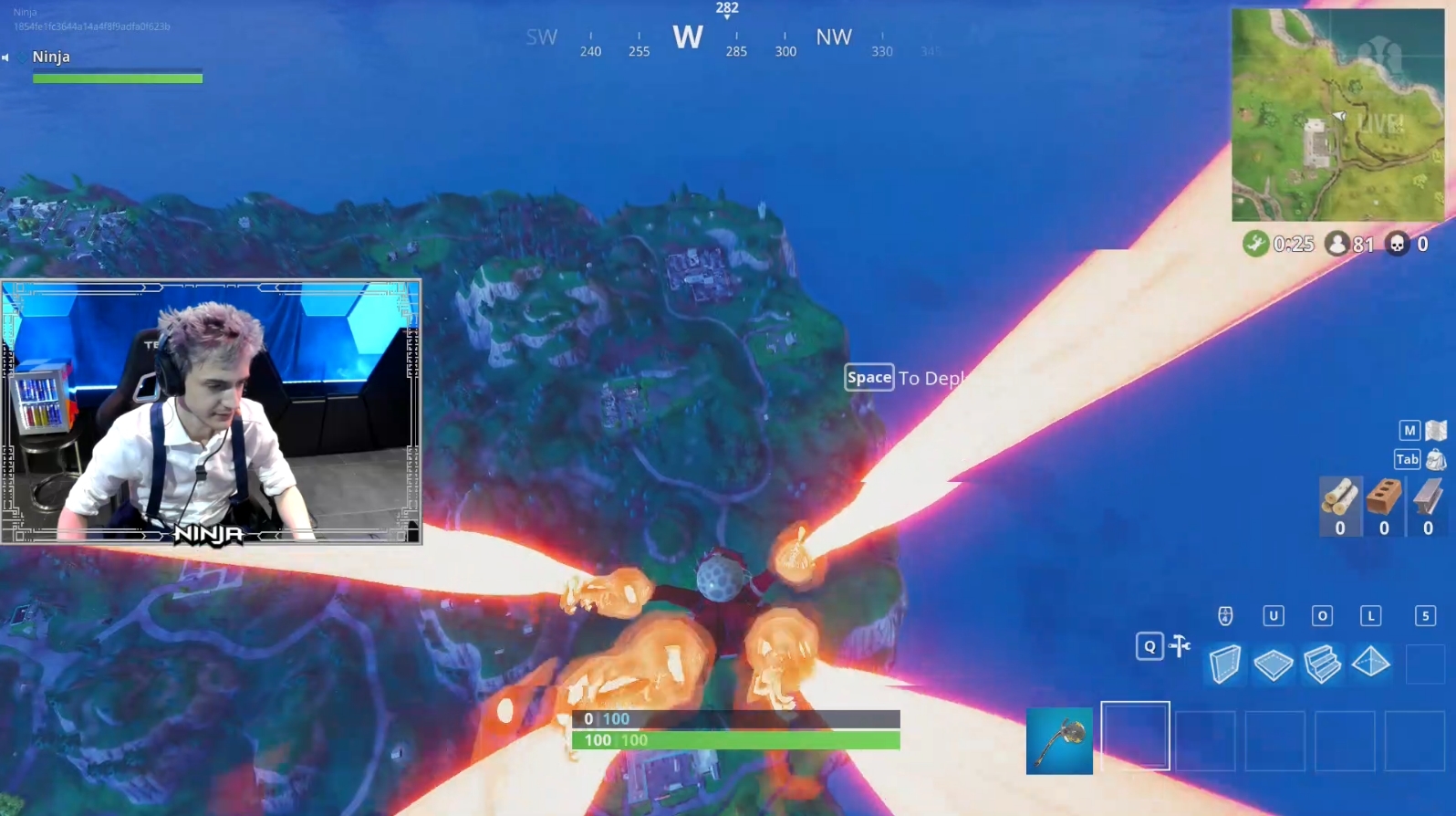 Tyler “Ninja” Blevins’ popularity reached a new height this weekend as the Esports Arena in Las Vegas hosted the streamer in a Fortnite event for charity.

At its peak, Ninja’s stream reached over 660,000 viewers, surpassing the record on Twitch previously set when he played with the rapper Drake. The stream sat at over 500,000 viewers for the majority of the night.

The event was commentated by Jack “CouRage” Dunlop and fellow Twitch streamer DrLupo, and over 700 spectators watched from within the Esports Arena Las Vegas at The Luxor hotel. Ninja’s wife Jessica also did a stellar job of hosting and interviewing. The audience, filled with all ages from young kids to adults, was excited to watch some Fortnite.

Players were awarded $2,500 for eliminating Ninja in-game and for winning each game. When Ninja won, $2,500 went to the Alzheimer’s Association and another $2,500 carried over into the next game. One of the winners was actually a 14-year-old boy.

In total, $50,000 was awarded. As Ninja won just one of the nine games, only $2,500 of it was donated to chairty. But when he won his game, he did a live performance of the Pon Pon dance, and his wife even joined in.

This event showed some promise for the idea of Fortnite esports in the future, although Ninja’s starpower (combined with curiosity) was undoubtedly the biggest draw for the audience tuning in. Either way, these kind of viewership numbers can’t be ignored.