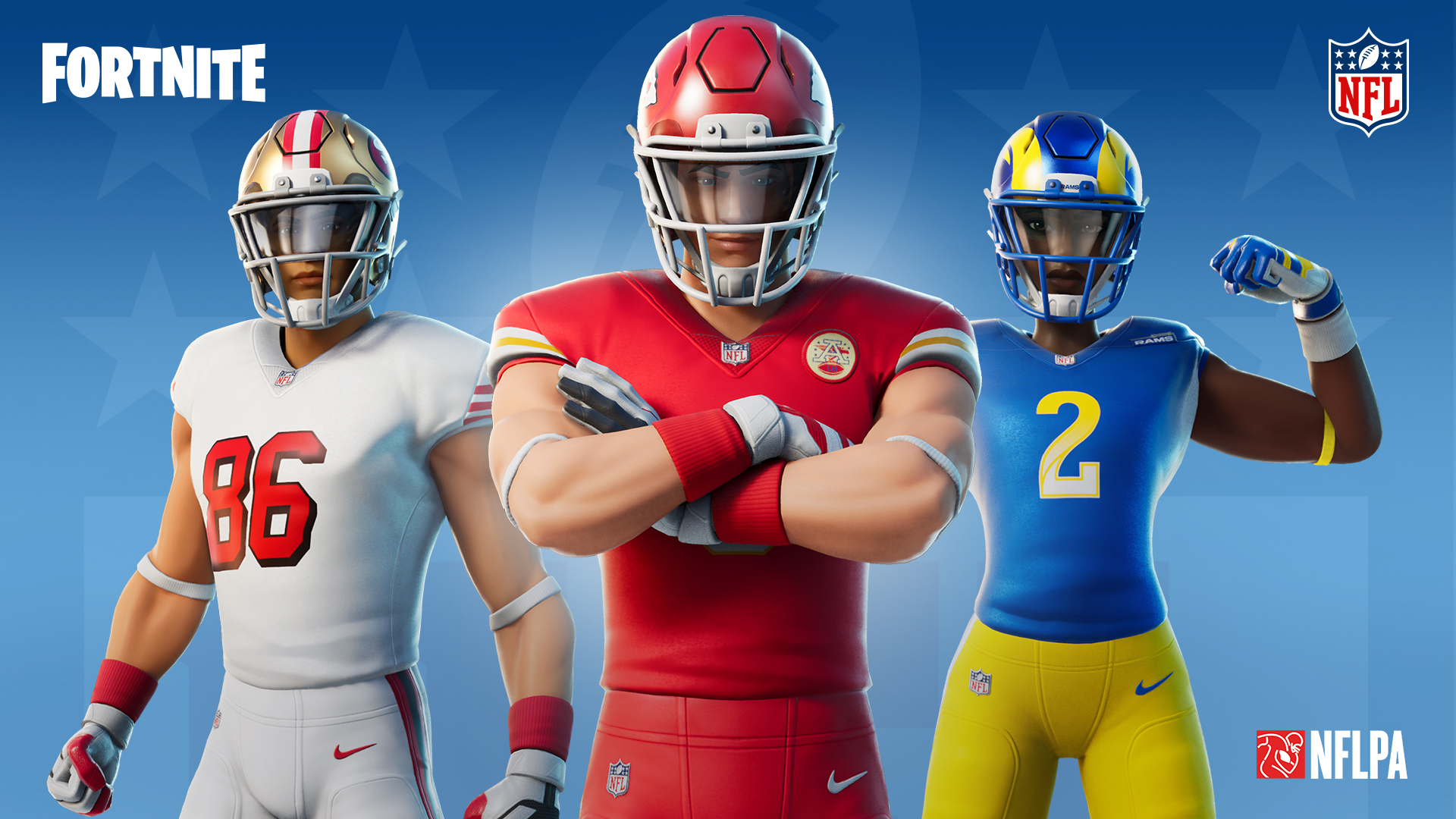 The NFL announced an expansion of its partnership with Epic Games today.

As part of the new deal, a new set of Gridiron Gang outfits will be available in Fortnite’s in-game shop. The new set is a redesigned version of the original NFL set, featuring “a more athletic, aerodynamic look and feel.”

The skins will be customizable to feature all 32 NFL teams and they’ll include new uniforms that have been added to the league since the original set of skins came out a couple of years ago. Players can also customize the jersey number and add a reflective visor to the helmet.

The new deal also features upcoming NFL-themed content coming to Rocket League, which went free-to-play earlier this year. No further details about that collaboration were announced just yet.

“We are thrilled to expand on our partnership with Epic to bring more NFL integration into Fortnite and Rocket League,” said Rachel Hoagland, NFL vice president and head of gaming and esports. “The response we saw from our initial integration within Fortnite coupled with the popularity of Fortnite among NFL players and fans has been incredible, and we’re excited for another opportunity to give gamers a chance to express their NFL fandom within Rocket League.”

The original set of NFL skins was first released just over two years ago. Before that, NFL players were known to celebrate touchdowns with Fortnite dances.