This is not a drill: Meteors are crashing to earth in Fortnite | Dot Esports
Skip to content 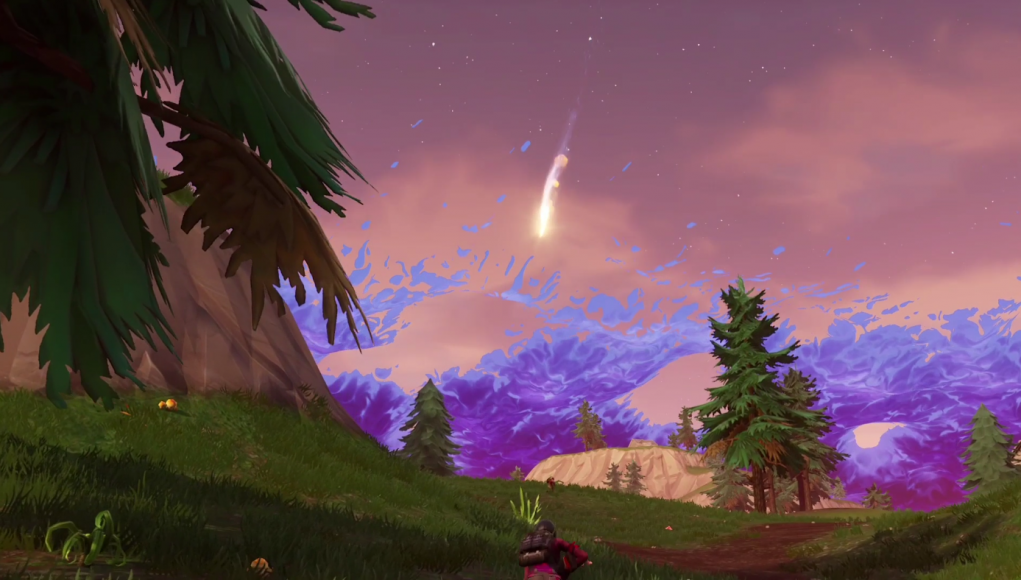 Meteors have been soaring through Fortnite: Battle Royale’s skies for a while now, but they’ve just started crashing to earth.

The meteor strikes began shortly after Epic Games released a teaser for Fortnite’s season four theme, which appears to be centered on superheroes. Televisions in Fortnite began broadcasting an emergency alert yesterday, foreshadowing something big coming soon. Fortnite players guessed that a comet would destroy Tilted Towers, and it looks like they might be right.

Multiple videos have since been uploaded to Twitter, Twitch, and Reddit. The meteors crashing into the Fortnite island appears to destroy some structures and objects in the posted videos, but it’s unclear what other effects the meteors will have on the game.

There’s no word on whether a larger event with more widespread damage will hit, but Fortnite players are speculating it’ll coincide with the game’s season end on April 30. Change is coming to Fortnite, and it could be major.