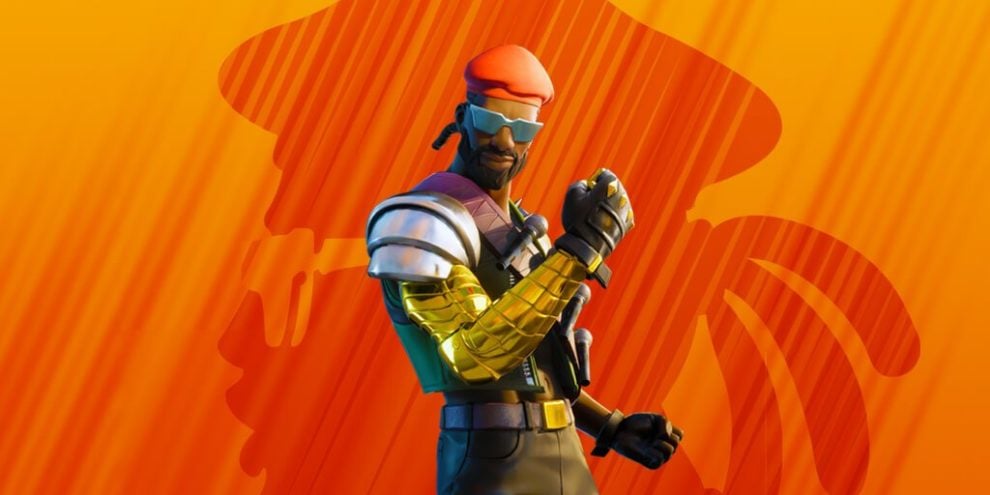 The latest collaboration between Epic Games and a music band is now live in Fortnite: Battle Royale.

The Major Lazer bundle has been released in the Fortnite Store. It features the entire set of seven cosmetic items themed after the EDM trio of the same name, and players can buy everything at once for 2,475 V-Bucks. The bundle comes with one outfit, one back bling, one pickaxe, two songs, and two emotes.

The character outfit is Major Lazer, which is the Jamaican superhero the band created for its cartoon show also called Major Lazer. “Peace is the mission” is what its in-game description reads and he’s tagged as an Epic outfit.

Major Lazer has wings as a back bling and an axe as a harvesting tool, both in bright gold and with the sun represented in them. Players can “free the universe” with the wings and learn that “music is the weapon” with the axe, according to their descriptions.

Lazer Blast is the only dance in the set, while Lazer Flex is an emote that has Major Lazer flexing while making a huge laser gun appear on his forearm.

The Major Lazer set is available now in all regions and should stay in the game for a week or so.